On the 35th anniversary of the Argentine invasion of the Falkland Islands, Senior members of Britain’s ruling Conservative party hit back at the European Union and Spain after Britain’s ownership of the Gibraltar territory was seized as a bargaining chip by Brussels for the forthcoming Brexit talks.

Following comments by the European Council on Friday that could hand a veto to Spain on any Brexit decision that involves Gibraltar, the British sovereign territory on the Iberian peninsula that is the subject of a longstanding claim by Spain, British political leaders hit back in strong terms. 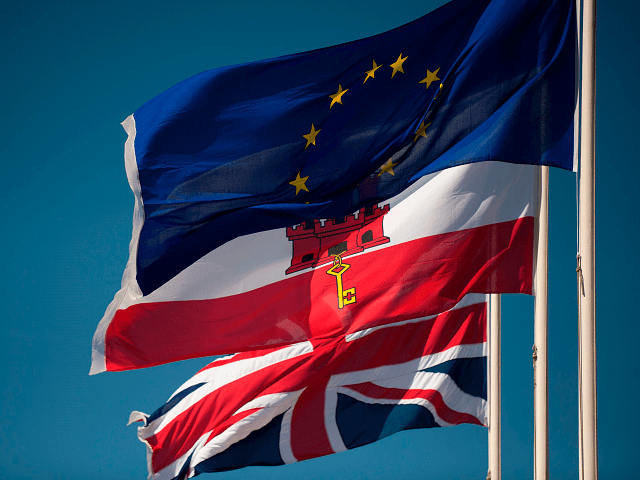 The flags of the United Kingdom, Gibraltar, and the European Union fly on the rock this week / Getty

In his remarks, Sir Michael referred to the 2002 Gibraltar sovereignty referendum, which asked residents whether they wanted control of the territory to be shared between the UK and Spain. Over 98 per cent said no.

Stating Britain’s determination to see the will of the people of Gibraltar was protected, former Conservative party leader and now member of the House of Lords Michael Howard said Britain would go to war over Gibraltar if it had to.

Speaking to Sky News Sunday morning, Lord Howard compared the spat over Gibraltar to the successful British military campaign to retake the Falkland Islands in 1982. He said: “There is no question whatever that our Government will stand by Gibraltar.

“Thirty-five years ago this week another woman Prime Minister sent a task force half-way across the world to defend the freedom of another small group of British people against another Spanish-speaking country.

“I am absolutely certain our current Prime Minister will show the same resolve in standing by the people of Gibraltar”. 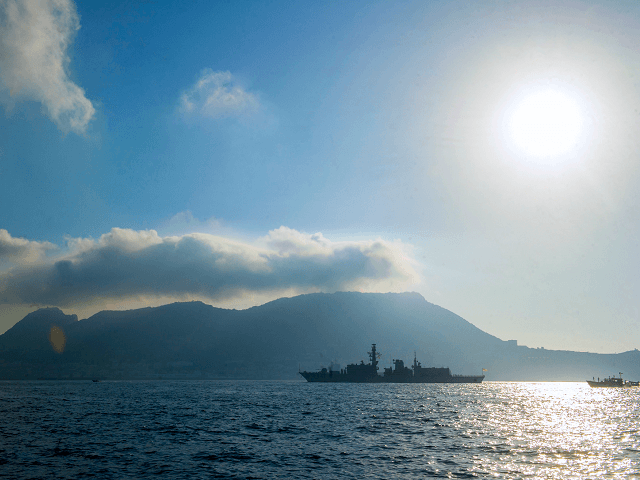 A British warship lies off Gibraltar [File photo] / Getting Images

London’s Times reports government insiders who revealed the British government purposefully did not mention Gibraltar in the Article 50 letter presented to the European Union this week, at the request of Madrid, and against the will of the Gibraltar government who lobbied to be included. Having secured London’s cooperation in this matter, the report claims Spanish negotiators went behind Britain’s back at the European Union to ensure Gibraltar would be a subject of discussion.

The deceit reportedly took London by surprise, and the Falkland overtones from London may be seen as a clear indication that the government will not be pushed around in the coming negotiations.

The Royal Navy maintains a full-time squadron of small patrol craft at Gibraltar, a move made necessary by the near constant illegal incursions into Gibraltar waters by Spanish government ships. The cat-and-mouse game of Spanish military, police, and coast guard craft presuming jurisdiction over Gibraltar and being intercepted by British forces has been ongoing for decades. 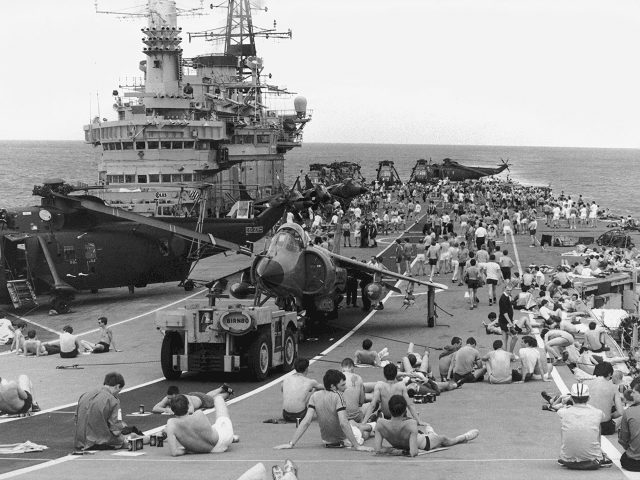 Britain’s elite force of Royal Marines was crucial in the campaign to retake the Falkland Islands in 1982, yet as senior members of Britain’s ruling party discuss using force to protect the sovereignty of another British Overseas Territory the future of the amphibious assault force is under threat.

As their parent force the Royal Navy continues to struggle with funding and manpower as it prepares to bring a new generation of aircraft carriers into service after decades of severe budget cuts from successive governments, the Royal Marines have been earmarked for significant reductions.

April 2nd marks the 35th anniversary of the Argintine invasion of the Falkland Islands.