A suspected car bomb exploded in the Swedish capital of Stockholm Thursday night.

Several police patrols scrambled to the scene in Hägerstensåsen, a suburb in the south of the city, just after 10 pm on Thursday evening.

The explosion was said to have shaken nearby buildings, and there were several people in the area. No one was injured.

One witness told Swedish paper Expressen that such extreme events have become so commonplace in the once peaceful nation they were not shocked.

“We heard something that sounded like an explosion. It happens so much these days, so you do not really care… apart from the sound, it passed unnoticed,” they said.

A police source told P4 Stockholm they believe the explosives were placed in the wheel arch of the vehicle.

“Yes, it was some kind of explosion next to a car. Our technicians were on site during the night and the road was sealed off but we do not want to speculate on what happened,” police spokesman Kjell Lindgren told Stockholm Direkt.

On Wednesday, two men were shot and later died in the Stockholm suburb of Kista in a suspected double murder. 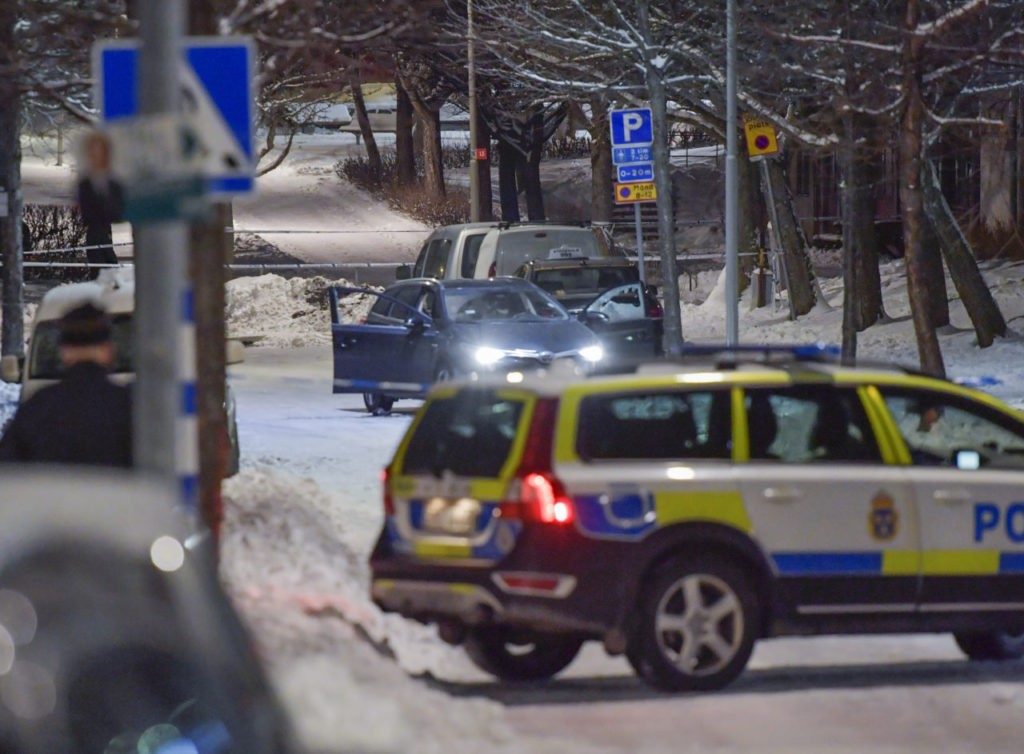 The spotlight has been shone on Sweden and the reported rise in violent crime there since U.S. President Donald J. Trump linked the chaos to unprecedented levels of mass, uncontrolled immigration.

The number of grenade attacks and car fires in the relatively small nation has shot up in recent years – allegedly because of warring migrant gangs – and the number of fatal shootings has doubled in nine years.

Since Mr. Trump made his intervention last month, there have been grenade attacks in Stockholm and Malmö, huge riots in the “No Go Zone” of Rinkeby in Stockholm, and ambulance workers demanding “military” defence so they can enter the area.