Britain’s bicameral Houses of Parliament are an architectural and artistic testament to, and record of, the self-identity of the nation that built it. But a new initiative at the Palace is working to replace the images of Britain’s historic white, male statesman with works intended to make the building more “aspirational and modern”.

The Speaker’s Advisory Committee on Works of Art has noted with distaste that just four of the 310 portraits in Parliament’s collection depict “black and ethnic minority” figures, an oversight that must now be rectified. As

As reported by Breitbart London this week, Labour MP and committee chairman Alison McGovern was moved to say of the discrepancy: “The art on the walls of the Houses of Parliament reflects the values and interests of the Victorians who commissioned it, and it tells a particular story about British history before the twentieth century.

“Unsurprisingly, it has long been noted that these artworks do not reflect either the modern or historic diversity of the UK’s population.

“The Works of Art Committee is committed to rectifying this by increasing, over time, the representation of women and ethnic minorities”. 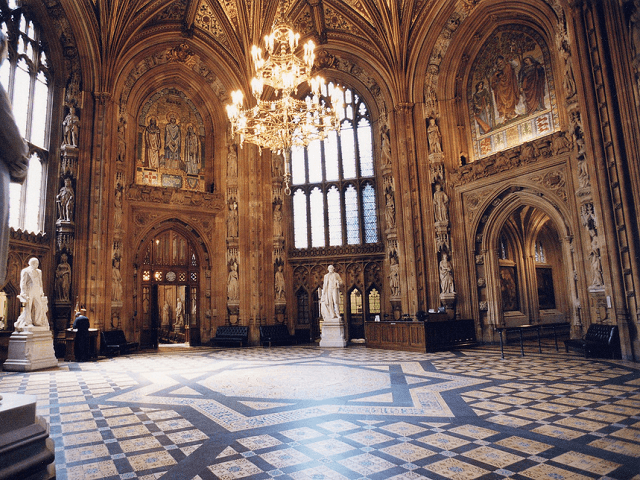 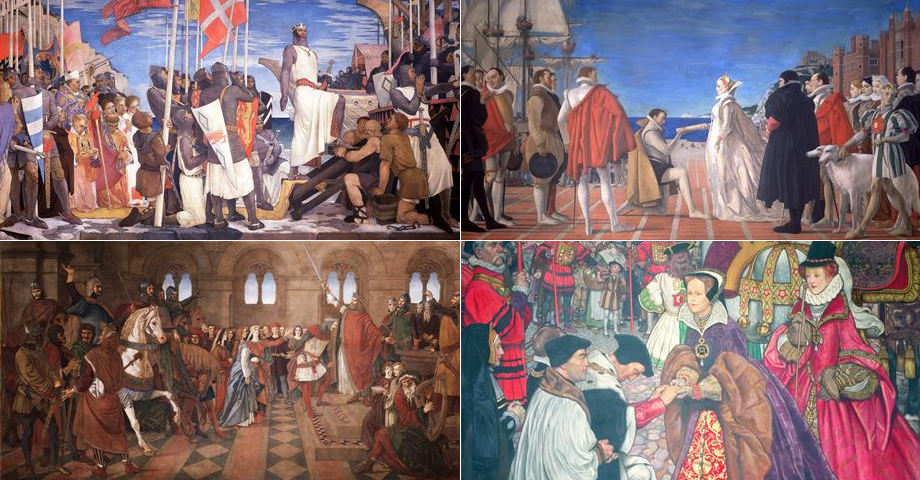 Left well alone, the balance would in time shift without encouragement. Long-standing rules that portraits should not be hung of members until ten years after their deaths, which have now given way to new standards which allow for hanging ten years after their leaving Parliament even if they are still alive, means more pictures of the many minority members who now sit will appear gradually through time.

Yet the desire to make the Palace more “encouraging” will inevitably mean the type of art displayed in the Palace for members and visitors to enjoy will change, and perhaps with it the daily exposure of our lawmakers to great allegorical works expounding the values and founding chapters of the nation will be lost.

The art and architecture of the Palace are not mere accidents of aesthetic taste that come and go with fashions, and cannot just be swept away to suit today’s zeitgeist for inclusivity. 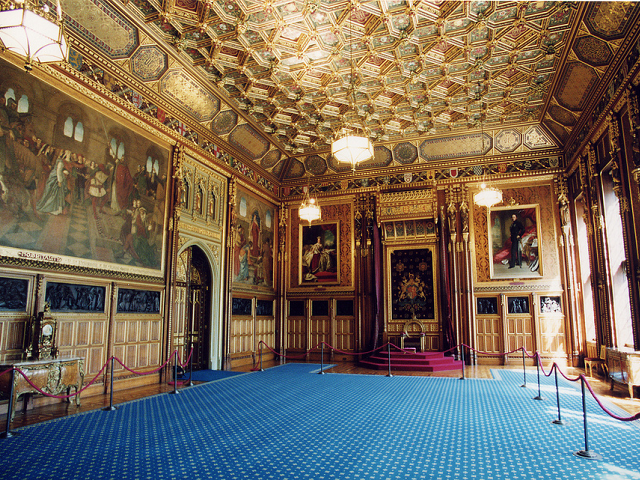 Above all, the Palace of Westminster is a remarkable piece of Christian public architecture. The design rejects the then-near universal neoclassical style which dominates national government buildings everywhere from Germany’s Reichstag, to the U.S.’s Capitol building, to the General Assembly of Uruguay, to the Cape Town Parliament and many others on every continent on earth.

This design choice says much about the self-identity of the nation that commissioned and paid for the building from 1840. The art that was commissioned alongside the building in the 19th century and the works added since are an intimate part of that.

Rather than referencing the Pagan origins of democracy in ancient Greece, Britain’s parliament remembers through the neo-gothic style Christian medieval Europe and the architecture of 13th century England. It is a cathedral, rather than temple, to law, order, and constitutional monarchy. 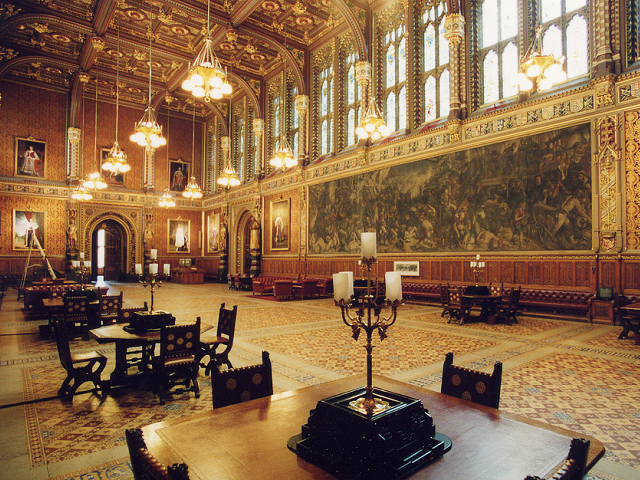 Although by the 19th century Britain was a great industrial and trading nation, this aspect of the public consciousness is also eschewed. In concentrating on Britain’s past and Christian heritage, it is quite unlike other buildings of the time such as the magnificent Victorian Council House in Birmingham which includes a mighty pediment depicting Britannia herself handing out victorious wreaths of laurel to the industrial manufacturers of the town.

Attempts to alter that reality — either through art replacement and even calls to abandon the present building rather than see it repaired — may be little more than crude vandalism. 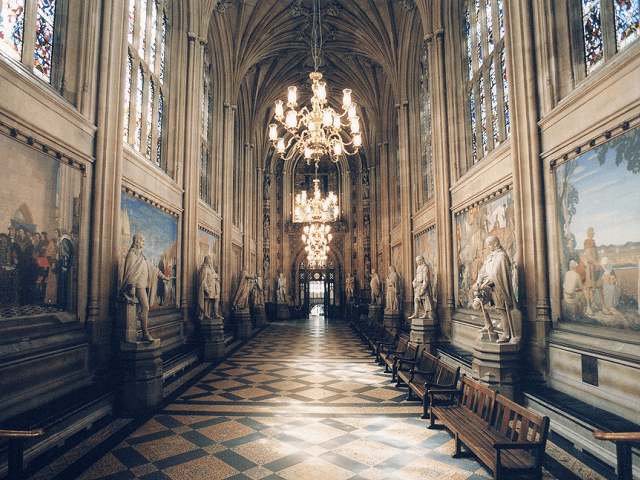