A small group of Mexican women and their supporters have built a “wall of hope” outside the U.S. embassy in London in protest at President Donald J. Trump’s plans to build a wall along the U.S.-Mexican border.

Attendees at the Sunday afternoon event were encouraged to bring food to share and objects to decorate a planned mural. 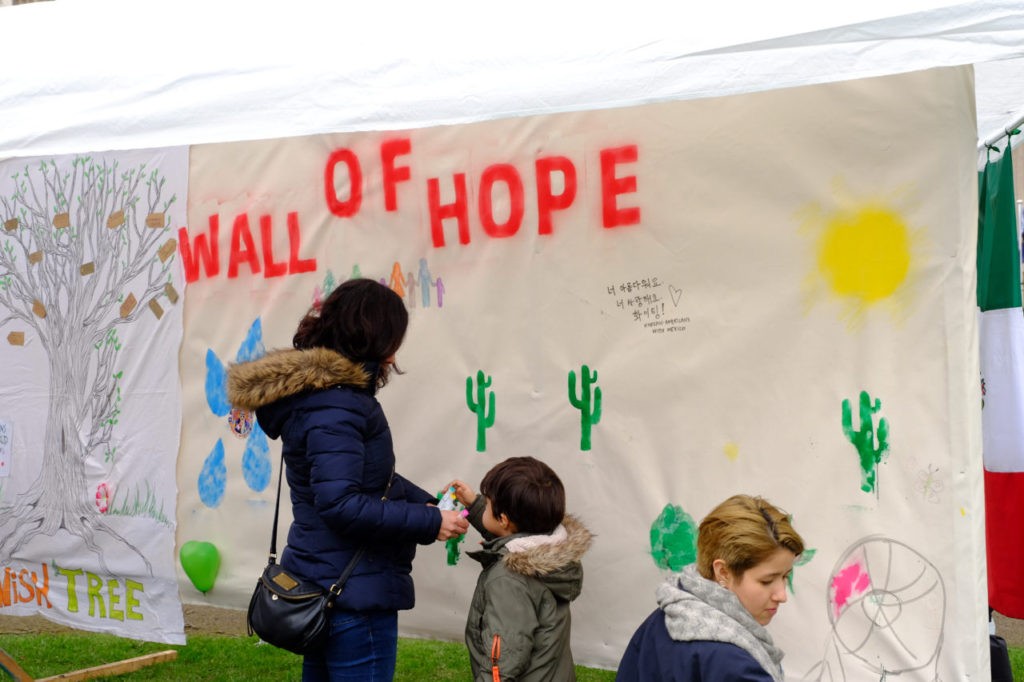 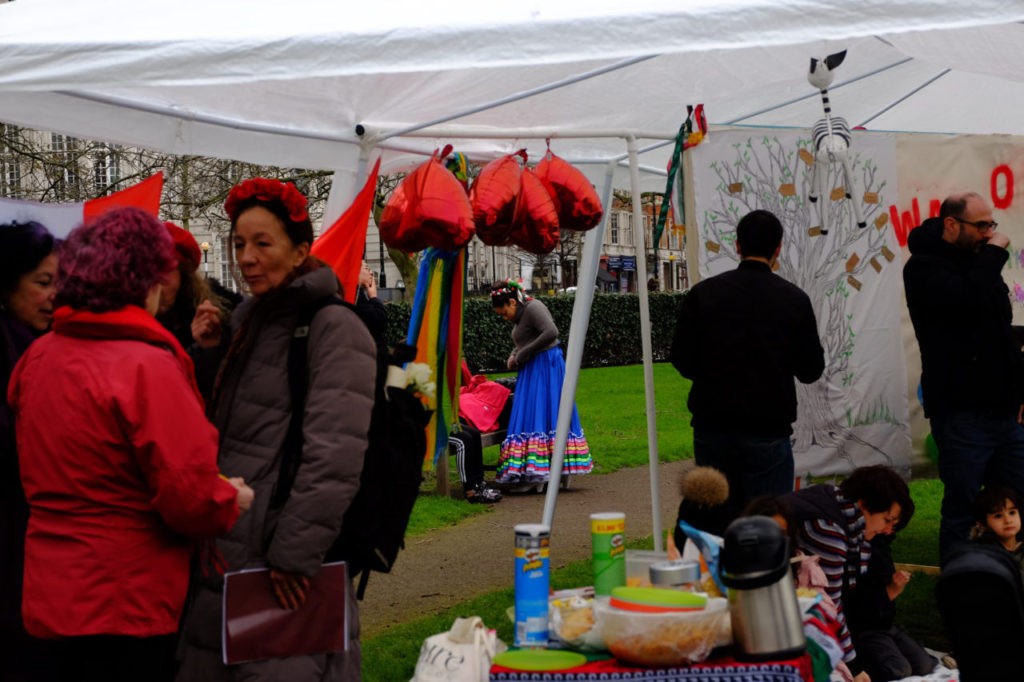 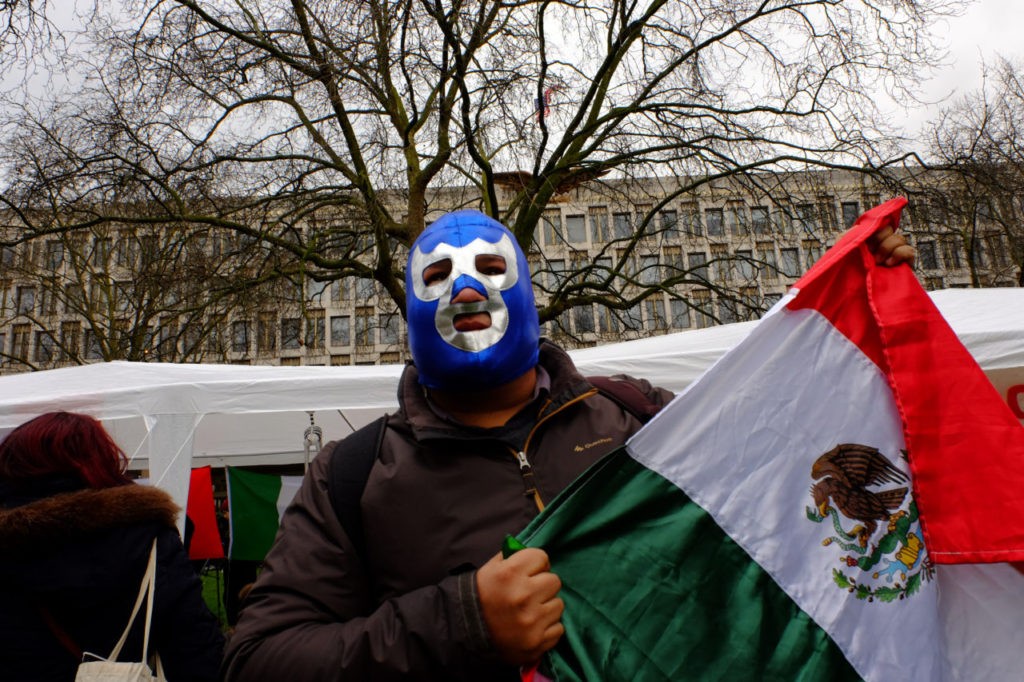 Advertising the event on Facebook, the organisers said they wanted their wall to bring people together, in contrast to the planned border wall between Mexico and the U.S. which they claimed would encourage “hatred”.

“Donald Trump insists on building a wall in [sic] the border between the US and Mexico (as if there were not plenty of walls already, including physical ones),” they wrote.  “A border’s wall is a metaphor for creating distance, for dividing societies, for encouraging hatred.

“‘We want to build a wall of hope. Our wall is a mural that celebrates life.’ Let ‘s bring food to share, while enjoying building the wall, singing or dancing with performers and chanting our favourite slogans. ‘Ours is a wall that bridges, that unites and creates cohesion, that supports love and hope. Our wall is about us, all of us.'” 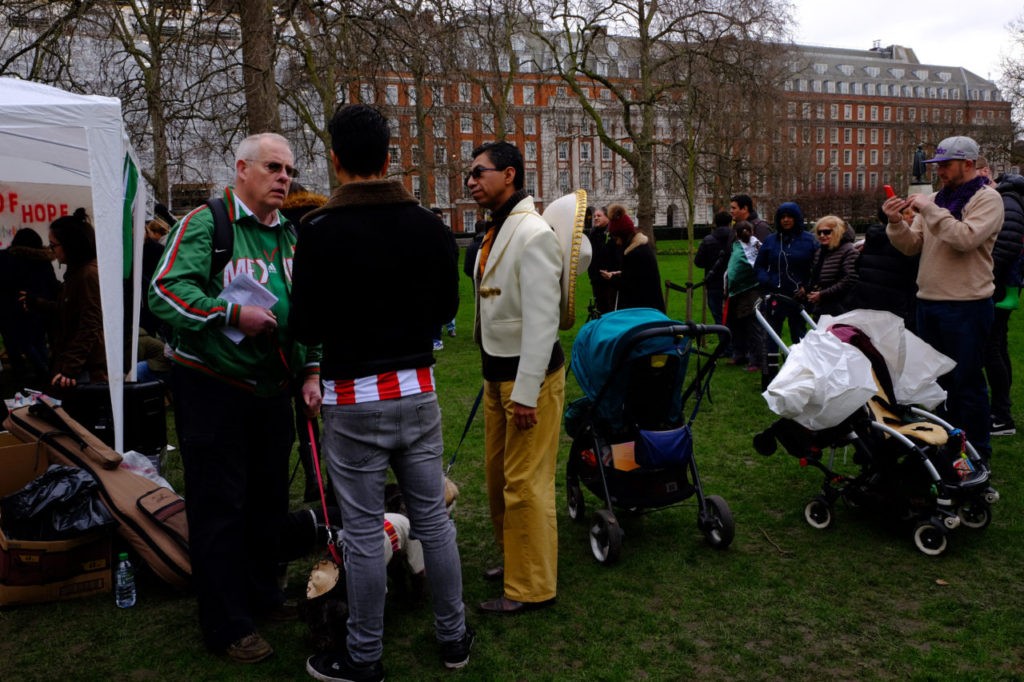 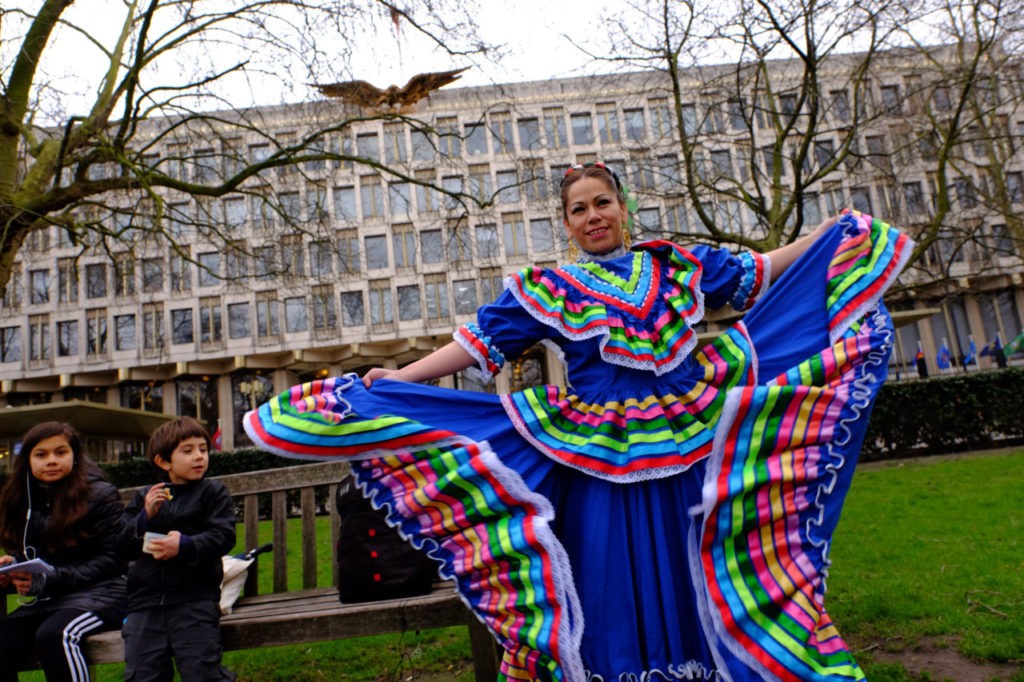 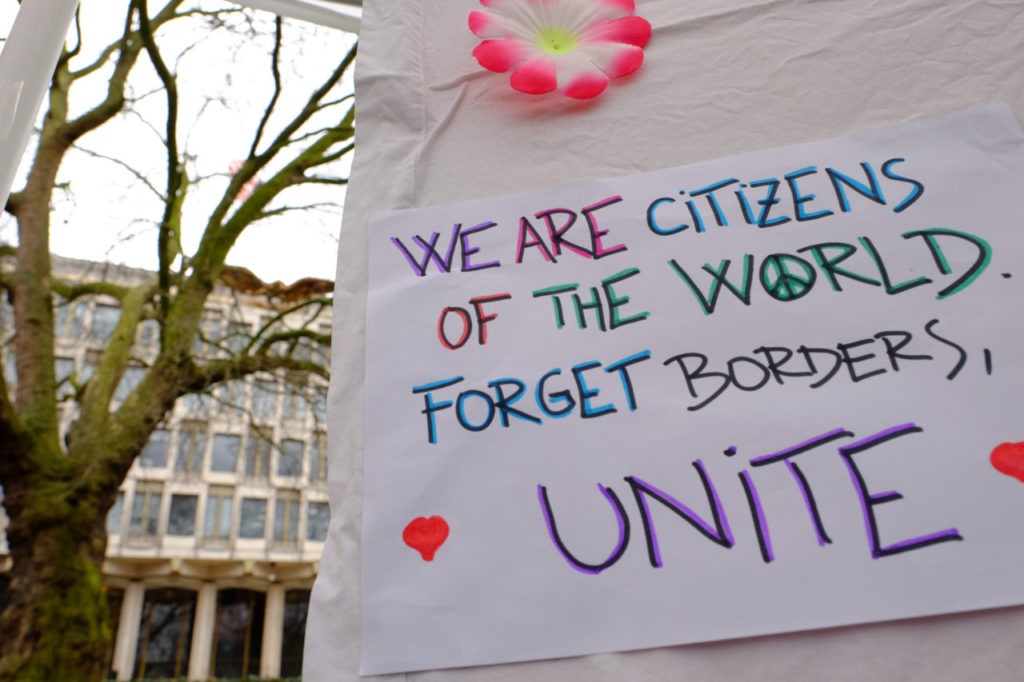 “A wall of hope is woven with multicoloured yarn: indigenous peoples of the world, rural and urban workers, as well as precarious workers everywhere, migrants to any north or south, women and men, disabled and able-bodied people, with their faiths and cultures, with their sexualities; survivors, everyday heroines and heroes that strive for a better life for themselves and their children, for their communities; wanderers of all paths, wonder-makers and creators of new realities. A colourful wall of hope that we thread together, in solidarity, cheek by jowl, the people!” 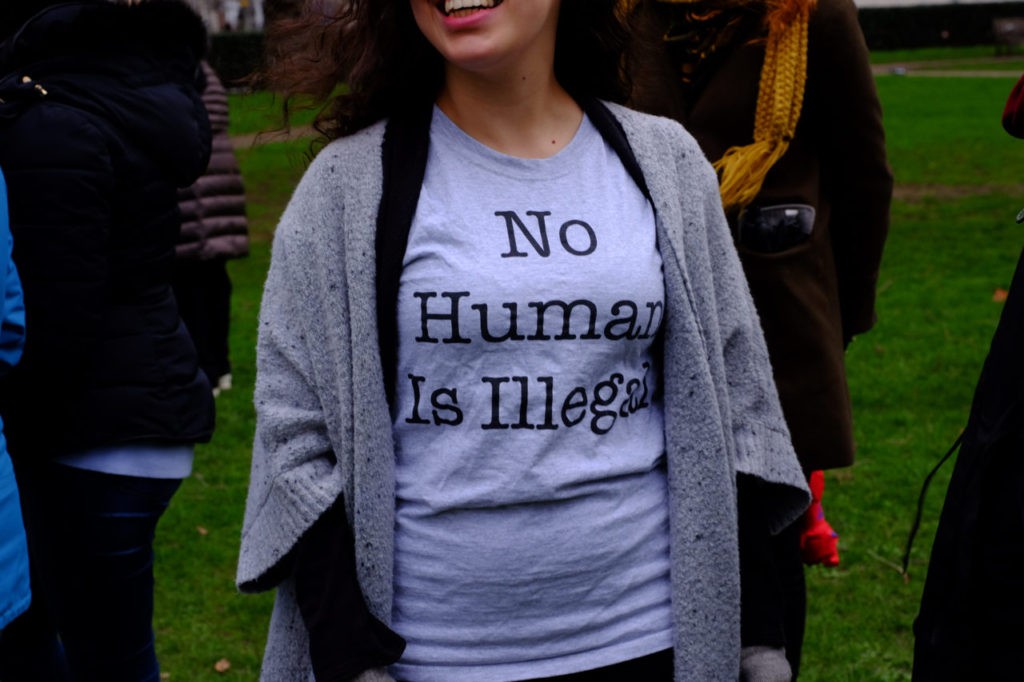 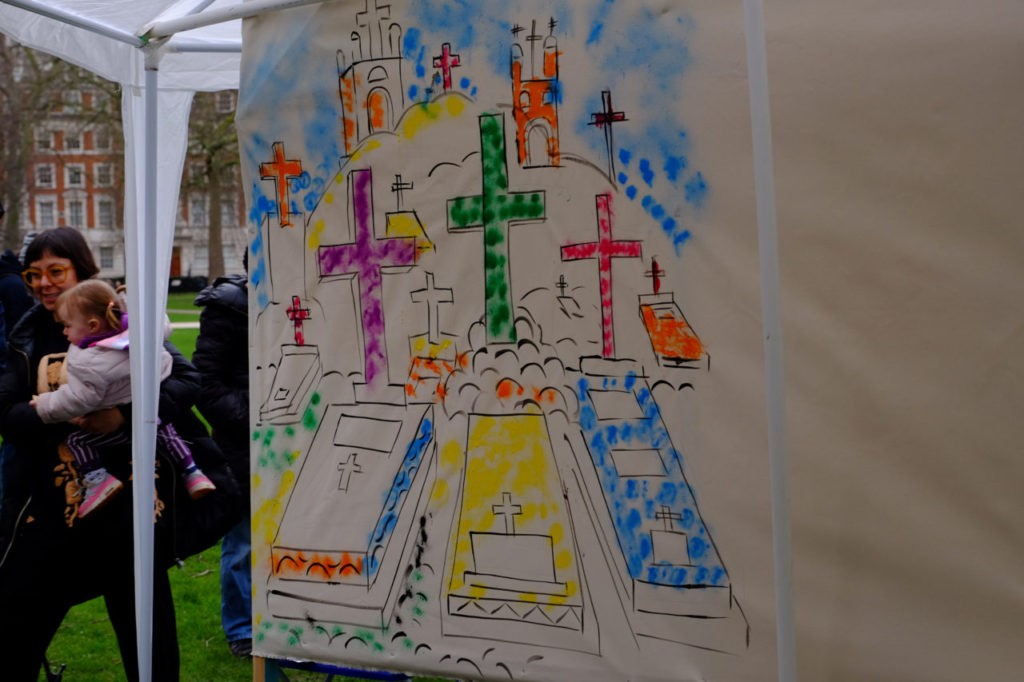 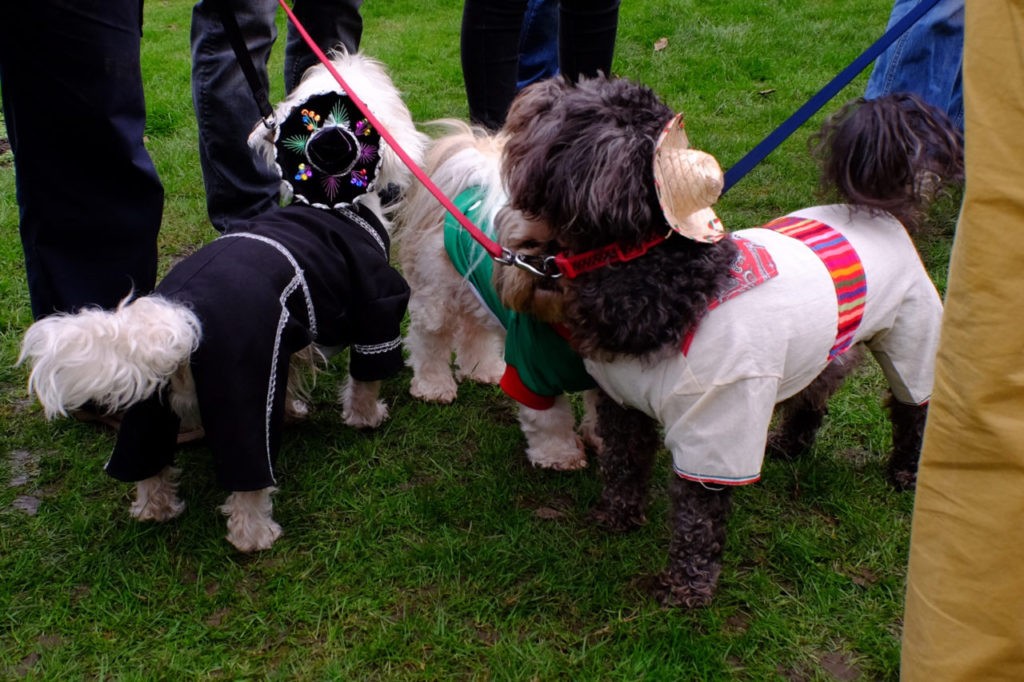 However, leaflets handed out by attendees revealed a radical agenda being promoted, which seeks to blur the boundary between Mexico and the U.S. entirely.

The national border was described as an “open wound” artificially separating the populations of the two countries.

“Those inside the gabacho (US territory) live in the fantasy of security and wellbeing, and those ‘outside’ are treated as foreigners, even though their ancestors were the owners of the land now treated as North American,” the leaflet read. 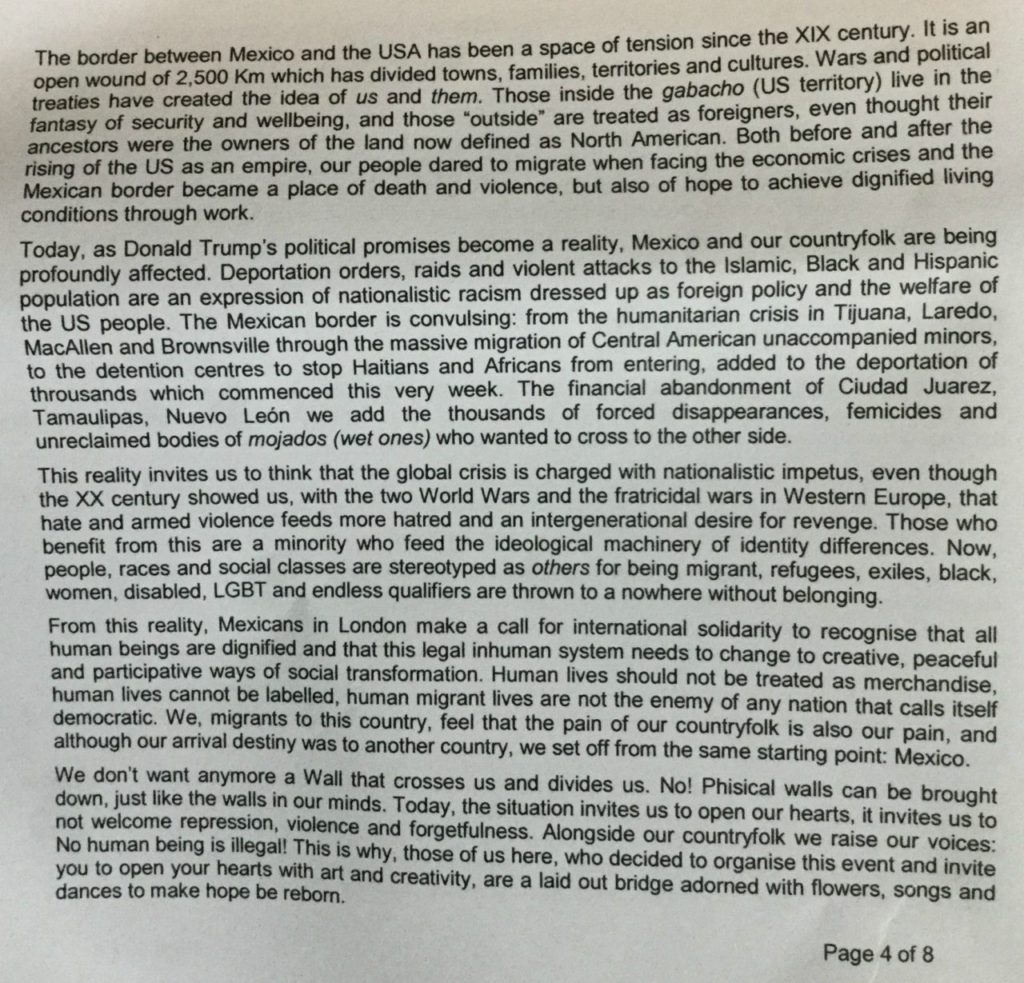 President Trump signed an executive order to build the wall on 25 January. The order details the threat that transnational cartels operating drug and human trafficking operations pose in explaining the rationale for the project.