For a brief moment – a very brief moment – it looked as if Britain had finally acquired a Prime Minister with the gumption to take on the troughers and con artists of the renewable industry and restore some common sense to our energy economy.

One of the first things Theresa May did on entering Number 10 was to abolish the – entirely unnecessary – Department of Energy and Climate Change (DECC); then she appeared to be considering nixing the overpriced and already outdated Hinkley Point C project; then Communities Secretary Sajid Javid made some very positive noises about fracking. All these offered encouraging auguries of even better things to come.

Theresa May is now showing every sign of being almost as deluded, cowardly, and dishonest as her thoroughly useless predecessor Dave “Husky Hugger” Cameron. One of her senior advisers Nick Timothy is known to be sceptical on green energy – he described the Climate Change Act as a “monstrous act of self harm”.

Consider this report on the levelised costs of UK electricity from the Department of Business, Energy and Industrial Strategy. This is the department that absorbed DECC and – in the process, clearly – its army of green zealot civil servants.

If you believe the report, something truly amazing has happened to the bat-chomping, bird-slicing, taxpayer-indulged atrocity that is Britain’s onshore wind industry.

Apparently, it is now producing Britain’s cheapest electricity – cheaper, even than gas power. 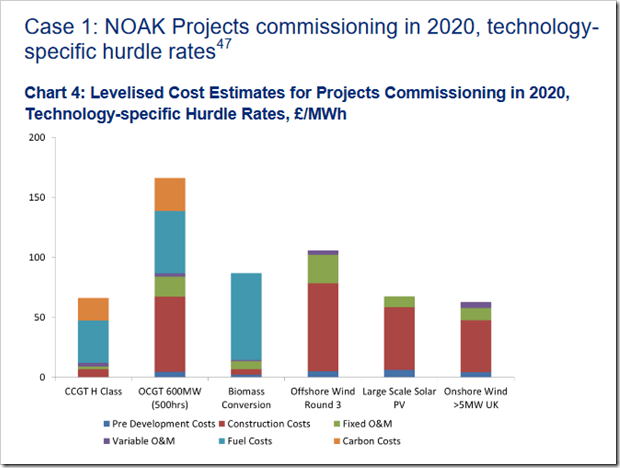 You have to read the small print – as Paul Homewood has done – to realise what a corrupt artefact this is.

The only reason that subsidised, overpriced, environmentally destructive onshore wind works out cheaper is because whichever shyster compiled this faux-economic pile of greenie propaganda has tacked on something called “carbon costs” – and randomly ascribed it a value which suddenly makes cheap, reliable fossil fuel like gas look super expensive. 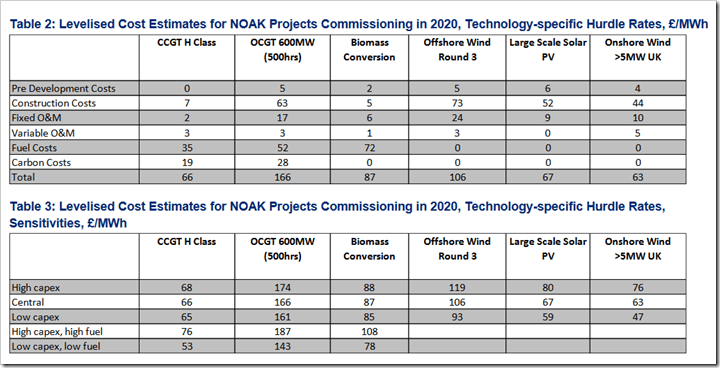 And the dishonesty doesn’t end there. After all, if you’re going to price for externalities like “carbon costs”, then surely it only makes sense to price for countervailing externalities like “avian fauna sliced and diced”, “property values blighted”, “grid destabilised”, “countryside ruined by extra pylons”, “diesel generators kept on standby”, “pensioners dying in fuel poverty” and so on. If those were added, onshore wind energy would look like the environmentally disastrous, economically suicide con trick it actually is.

Remember, this nonsense comes straight from the Department of Business, Energy and Industrial Strategy.

Can you imagine how much succour this gives to green activists, environmental journalists, and the renewable energy sector? Essentially they are being given the green light by the government to plead that still more of the British countryside needs to be ruined with eco-crucifixes because, hey, they’re the cheapest form of energy there is.

No, they are bloody not. It speaks volumes for the uselessness of Theresa May’s administration that she has no one informed or brave enough to nip this nonsense in the bud.

Nor is it likely to do much to improve Theresa May’s relations with Donald Trump who saw through the wind energy con trick years ago and rightly resents the way Scotland’s rash of wind farms have blighted his golf courses to no real purpose other than green virtue signalling.