The announcement could help to break a tough news cycle in which a former Saudi official made several damaging allegations about the monarchy – including MBS supposedly conspiring to murder the previous king, Abdullah bin Abdulaziz, in 2014 using a poison ring he got from Russia.

The former official in question is Saad al-Jabri, formerly the number-two man in Saudi intelligence and aide to Mohammed bin Nayef, who was the crown prince until he was replaced by the much younger Mohammed bin Salman in a weird 2017 palace coup.

Nayef had good relations with the U.S. intelligence community from his years as Minister of the Interior and so did al-Jabri, who worked closely with the CIA to prevent terrorist attacks after 9/11. 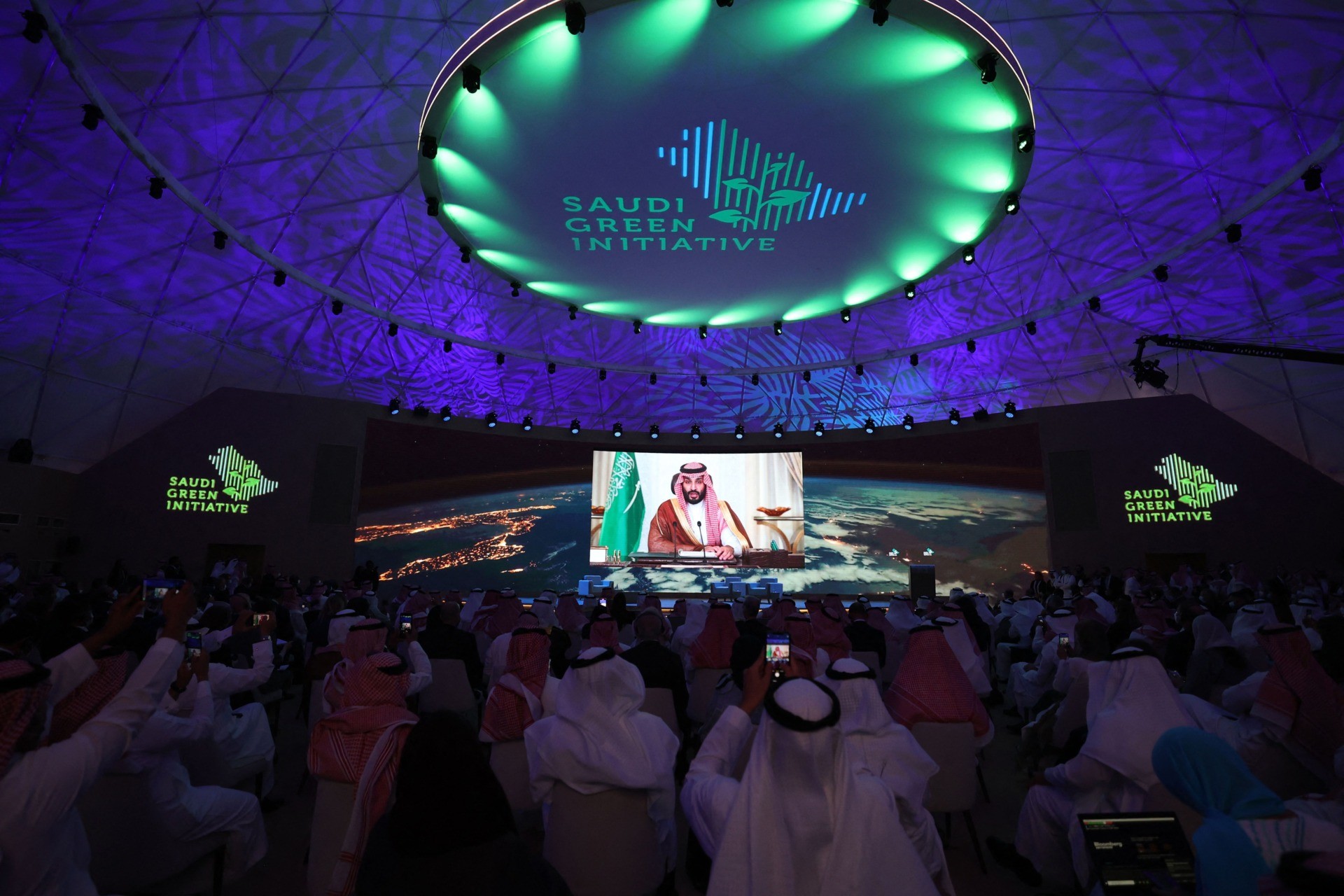 Saudi Crown Prince Mohammed bin Salman delivers a speech during the opening ceremony of the Saudi Green Initiative forum on October 23, 2021, in the Saudi capital Riyadh. (Photo by FAYEZ NURELDINE/AFP via Getty Images)

Al-Jabri left Saudi Arabia before Nayef’s demotion. He settled in Canada in 2018. He accused the Saudi government of arresting his adult son and daughter to blackmail him into returning home and, when that did not work, he claims the kingdom dispatched a “hit squad” to kill him – a claim at least partially corroborated by the Canadian government, which intercepted and deported the would-be assassins.

A group of Saudi state-owned companies accused al-Jabri and his family of colluding with Mohammed bin Nayef to embezzle billions of dollars with a kickback scheme. The al-Jabri family has accused the regime of using the charges as a pretext to arrest and harass dozens of its members, asserting their captors physically abused some of them.

In response to the alleged assassination attempt, al-Jabri filed suit against MBS in Washington, DC. The lawsuit caused some consternation in the U.S. intelligence community because it feared classified information harmful to American national security could be disclosed in court.

In July 2021, a bipartisan group of U.S. lawmakers urged President Joe Biden to intervene with the Saudi state and press for the release of Al-Jabri’s children. The group, which includes Sens. Marco Rubio (R-FL) and Patrick Leahy (D-VT), expressed concern that the ongoing feud between al-Jabri and MBS could compromise U.S. national security. 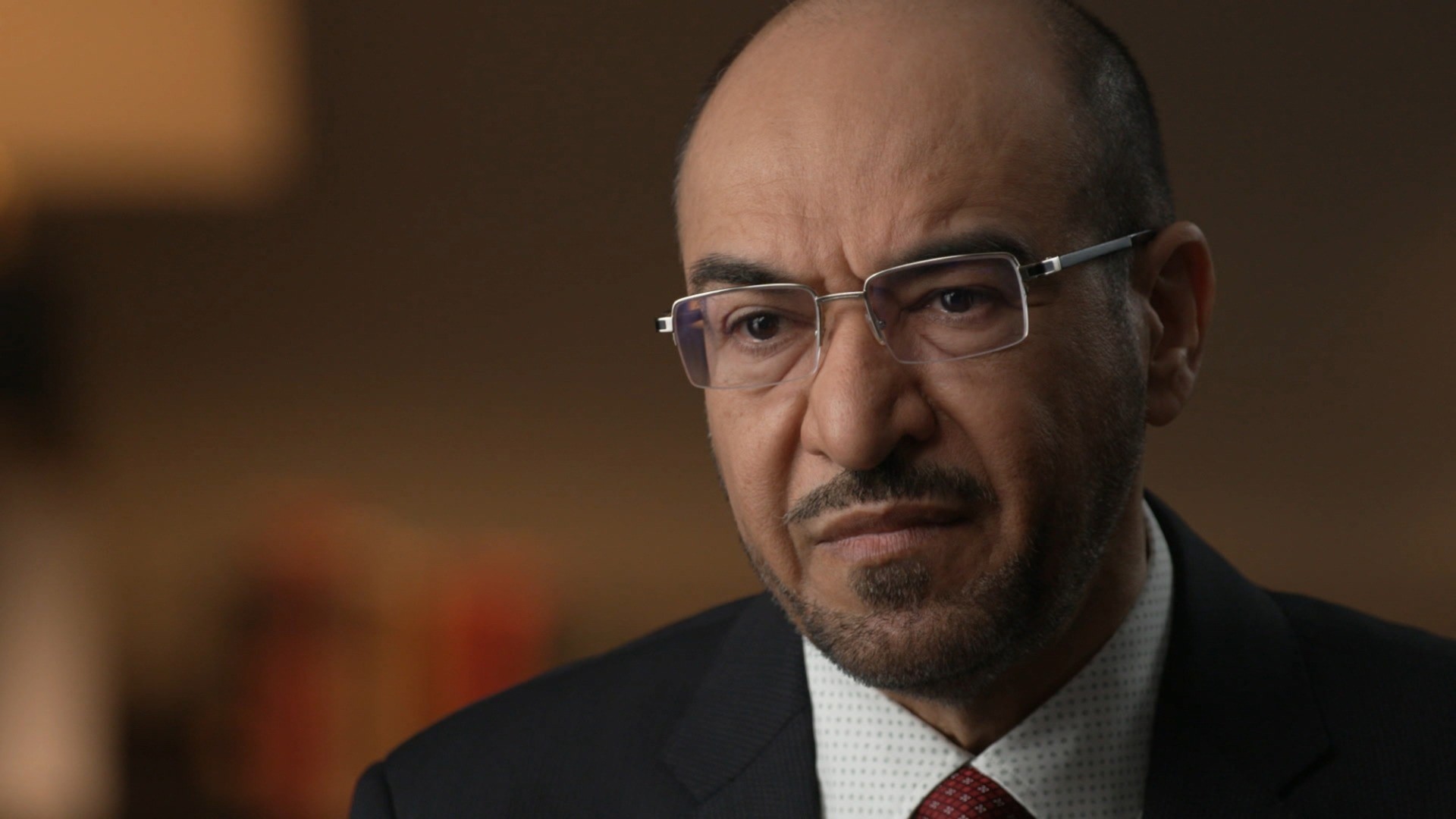 In this summer 2021 photo provided by CBS News, former senior Saudi security official Saad al-Jabri sits for an interview with journalist Scott Pelley in Washington during an interview for “60 Minutes.” (CBS News/60 Minutes via AP)

Al-Jabri made headlines on Sunday with a 60 Minutes interview in which he called MBS “a psychopath, a killer in the Middle East with infinite resources, who poses a threat to his people, to the Americans, and to the planet.”

In the interview, Al-Jabri said MBS “fears” him for what he knows, including details of a plan to kill then-King Abdullah in 2014, to clear the way for MBS’ father Salman bin Abdulaziz to take the throne. Abdullah eventually died in 2015 and Salman took over as king, although many see MBS as the de facto ruler of the country, wielding power in his elderly father’s name.

According to al-Jabri, MBS told Mohammed bin Nayef: “I want to assassinate King Abdullah. I get a poison ring from Russia. It’s enough for me just to shake hand with him and he will be done.” 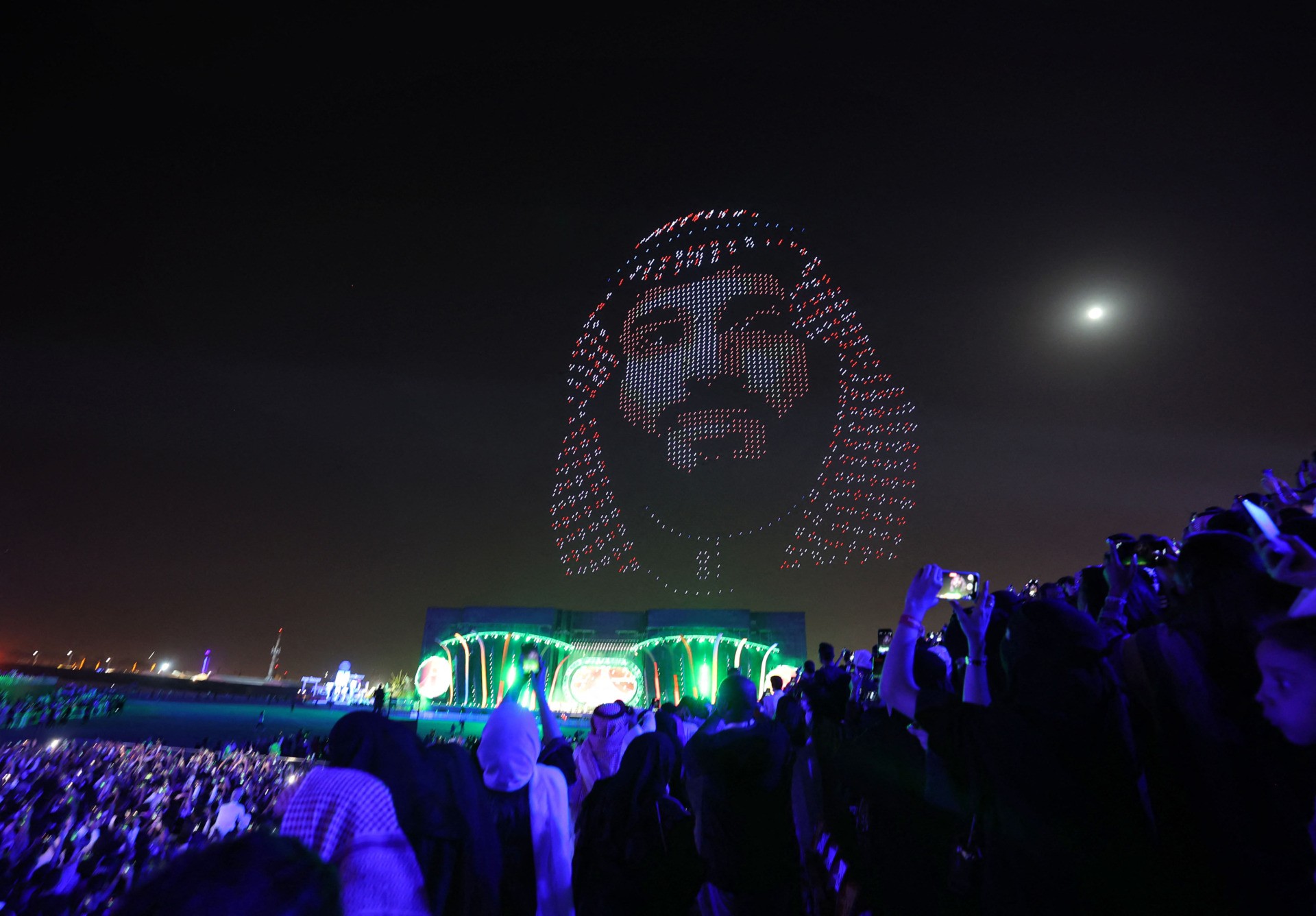 An image of Saudi crown prince Mohammed bin Salman is displayed on the opening night of the Riyadh Season festivities in the Saudi capital late on October 20, 2021. – The arts and culture festival began yesterday and runs until March 2022 in Riyadh. (Photo by FAYEZ NURELDINE/AFP via Getty Images)

Al-Jabri told 60 Minutes Saudi intelligence took the threat seriously at least two copies of a video recording of the meeting where MBS made the threat are still in existence. He said these videos are one of the major reasons MBS wants him dead.

The Saudi embassy in Washington responded to the 60 Minutes piece by calling al-Jabri “a discredited former government official with a long history of fabricating and creating distractions to hide the financial crimes he committed, which amount to billions of dollars, to furnish a lavish life-style for himself and his family.”

On Monday, MBS tried to turn the page by announcing his well-endowed Middle East Green Initiative. Former U.S. Secretary of State, senator, and presidential candidate John Kerry was among the guests at the event.

MBS said the initiative would include plans to create a “circular carbon economy,” reach net-zero carbon emissions by 2060, cut methane emissions by 30 percent by 2030, establish a regional center to study climate change, and support programs like sustainable fisheries and cloud seeding.

The United Nations immediately praised the Saudi announcement, saying it would “not only help reduce emissions from the oil and gas industry in the region but will also create new carbon sinks and help restore and protect vast swaths of land through afforestation.”