Hurricane Nicholas made landfall along the Texas coast early on Tuesday morning, bringing with it the threat of up to 20 inches of rainfall to parts of the Gulf Coast, including the same area devastated by Hurricane Harvey in 2017 alongside storm-battered Louisiana.

The hurricane strengthened from a tropical storm late on Monday as winds reached 75 MPH before making landfall at 00:30 local time.

People in Texas and neighbouring state Louisiana have been told to expect power outages and storm surges as President Joe Biden declared an emergency in Louisiana and ordered federal assistance to the state. 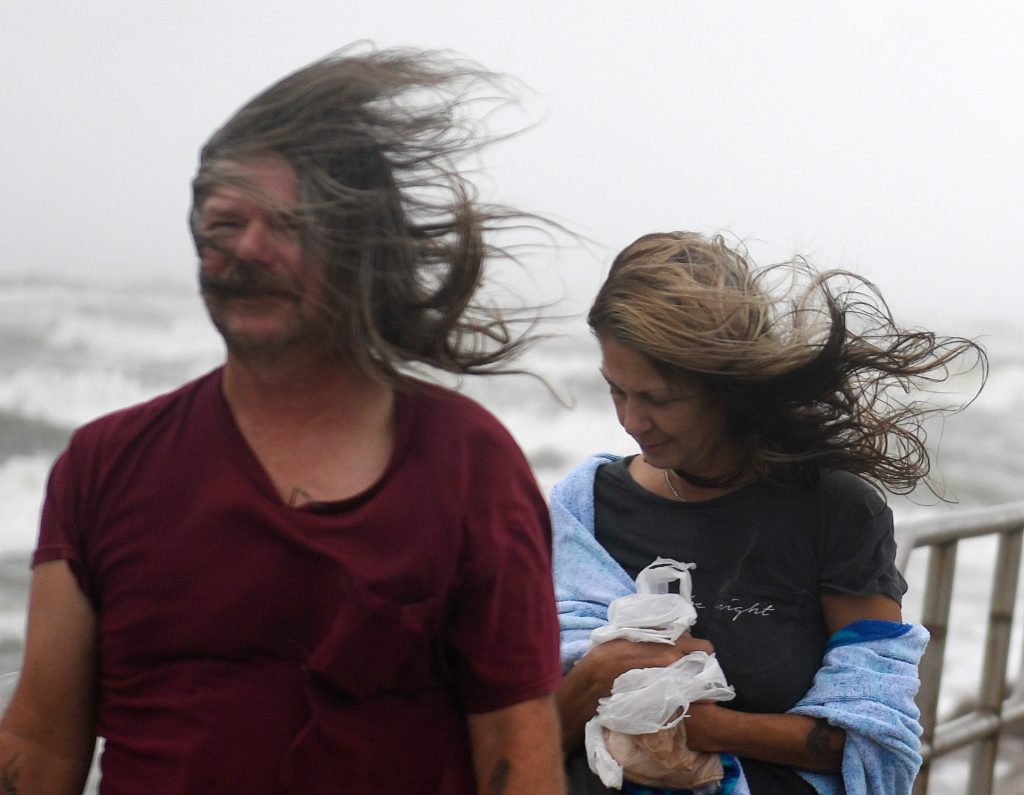 Locals brave the wind ahead of Tropical Storm Nicholas, Monday, Sept. 13, 2021, on the North Packery Channel Jetty in Corpus Christi, Texas. Winds are expected to be as high as 60 mph, according to the National Weather Service. (Annie Rice/Caller-Times via USA TODAY NETWORK)

AP reports Nicholas touched down on the eastern part of the Matagorda Peninsula, about 10 miles west southwest of Sargent Beach, Texas, with maximum winds of 75 mph (120 kph), according to the National Hurricane Center in Miami.

Nicholas was the 14th named storm of the 2021 Atlantic hurricane season. 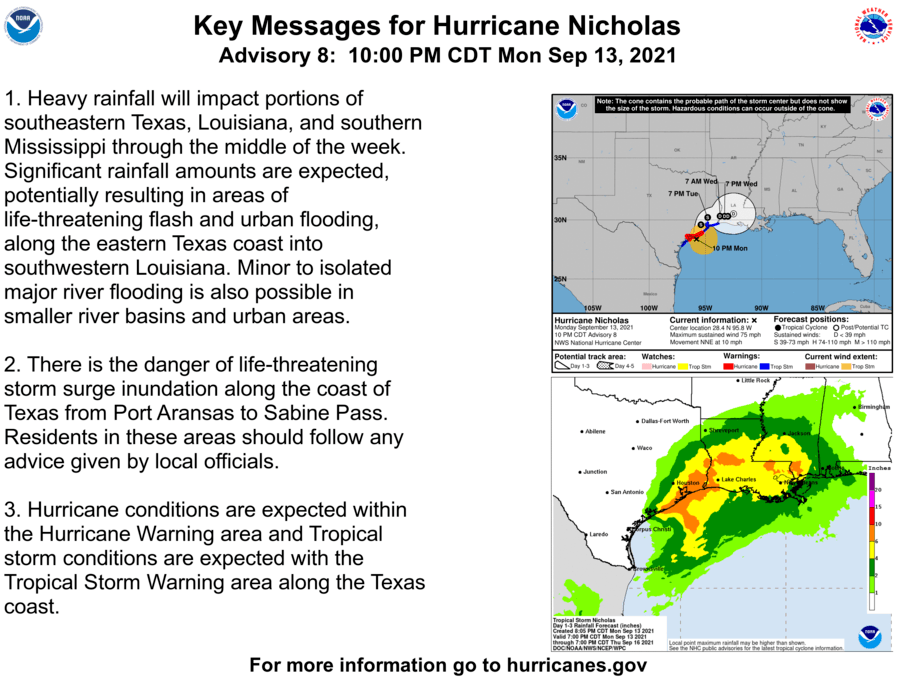 “We want to make sure that no one is caught off guard by this storm,” Louisiana Governor John Bel Edwards told a news conference.