Firefighters appear to have saved Lake Tahoe communities from the fast-moving Caldor Fire, thanks to a new tactic of clearing firebreaks further away from the advancing blaze, and a change in weather that eased the hot, windy conditions. 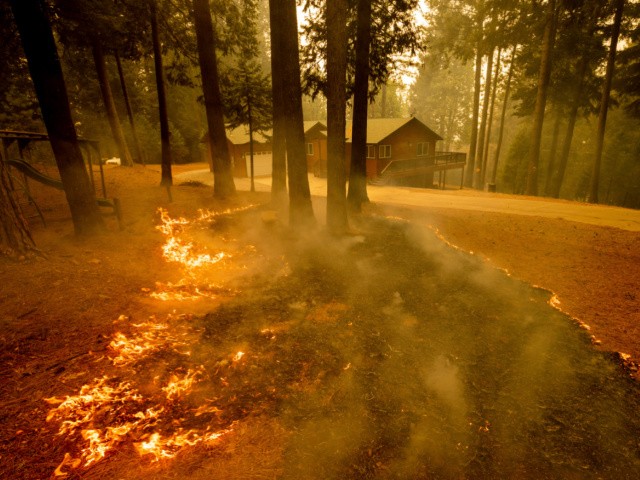 Flames from the Caldor Fire scorch the ground near a structure in Grizzly Flats, Calif., Wednesday, Aug. 18, 2021. (AP Photo/Ethan Swope)

The answer is as old as firefighting itself: adapt.

And that’s exactly what the 4,662 firefighters battling the voracious Caldor Fire have been doing for the three weeks it’s been laying waste to Sierra Nevada slopes on its march toward Lake Tahoe.

They’re jumping farther ahead of the blaze, aggressively clearing space around homes in hamlets like Christmas Valley south of the lake well before the flames get there. For the first time in Northern California, they’re using infrared-capable helicopters to drop water at night. And at ski resorts they’re firing snow-making water cannons to wet the ground and buildings — a fairly new technique that’s never been used to this extent before here.

The Forest Service partnered with the Sierra Nevada Conservancy on a project that called for 8,800 acres to be burned in the Caples Creek drainage over 10 to 15 years starting in 2017. The project included the 3,435-acre Caples prescribed burn in 2019, which was declared a wildfire after winds picked up and it burned at a higher intensity than intended, requiring suppression resources to be called in.

Like many Western U.S. forests, the watershed once benefited from frequent, low-intensity fires caused by lightning and Indigenous burning practices, experts say. But after colonization and aggressive fire suppression tactics upended that cycle, with the imbalance compounded by drought and climate change, the forest there was infilled with smaller trees and understory vegetation that increased drought stress on larger trees, according to the Forest Service. These so-called ladder fuels can also carry fire up into the canopy, helping it burn hotter and spread more quickly.

By thinning tree density and reducing the amount of smaller trees and vegetation, authorities had hoped to lessen the intensity of future wildfires that moved through the area.

Firefighters also worked throughout the week to divert the fire into areas that had previously burned, or had less vegetation. 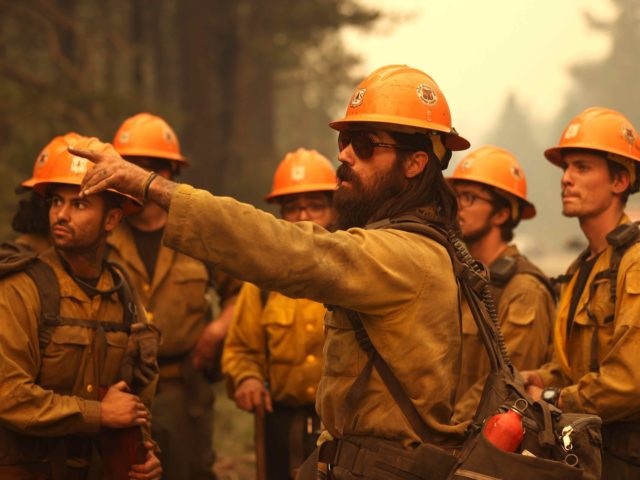 The Caldor Fire has burned over 214,000 acres, and is 43% contained. Despite progress, the danger is considered ongoing. Some who were evacuated from the area are being allowed to return, though South Lake Tahoe residents are not yet.