A large, rapidly-moving wildfire has breached the Lake Tahoe Basin, forcing tens of thousands to evacuate and threatening widespread destruction in the popular resort area.

The Caldor Fire had burned over 186,000 acres as of Monday evening, and was 15% contained. The blaze, which began southwest of the Lake Tahoe region, is moving to the northwest, thanks to dry conditions and “spot fires” that are being spread by strong winds. 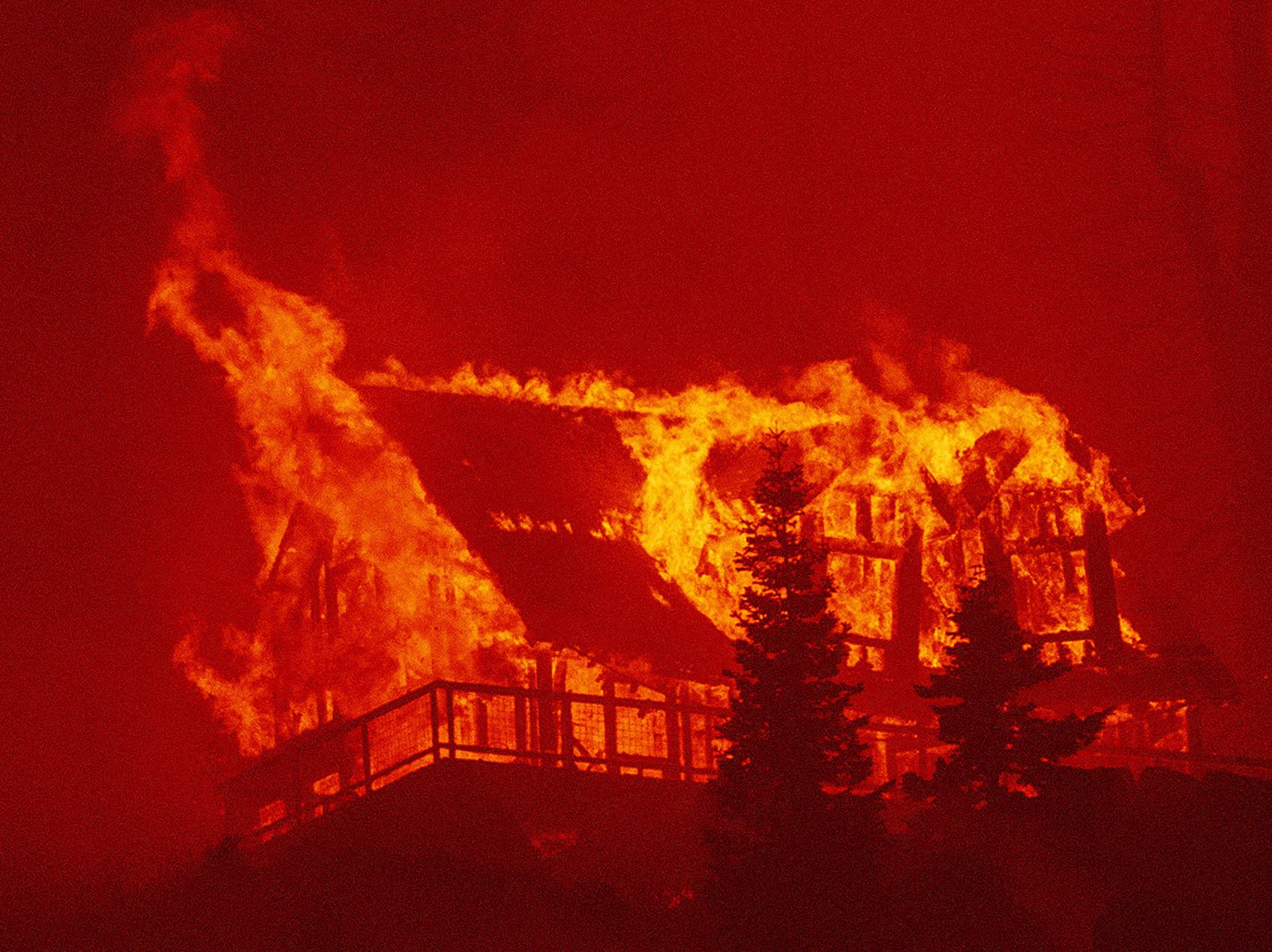 Flames consume a home as the Caldor fire pushes into South Lake Tahoe, California on August 30, 2021. – At least 650 structures have burned and thousands more are threatened as the Caldor fire moves into the resort community of South Lake Tahoe, California. Thousands of people were ordered to evacuate Monday as a huge wildfire loomed over a major US tourist spot, filling the air with choking smoke. The Caldor Fire has already torn through more than 270 square miles (700 square kilometers), razing hundreds of buildings. (Photo by JOSH EDELSON / AFP) (Photo by JOSH EDELSON/AFP via Getty Images)

Flames are coming down the side of the mountain and fire activity has also entered Christmas Valley and is burning on both sides of California State Route 89.

Wind conditions are creating spotting distances between three quarters of a mile to one mile.

The fire as of Monday night has burned 186,568 acres and is showing no signs of slowing down.

On Monday, the entire town of South Lake Tahoe was required to evacuate, as Bay Area NBC affiliate KCRA reported:

Evacuation orders were issued Monday for all of South Lake Tahoe after expanded evacuations the night before as the massive Caldor Fire in El Dorado County experienced a “rapid spread,” Cal Fire said. 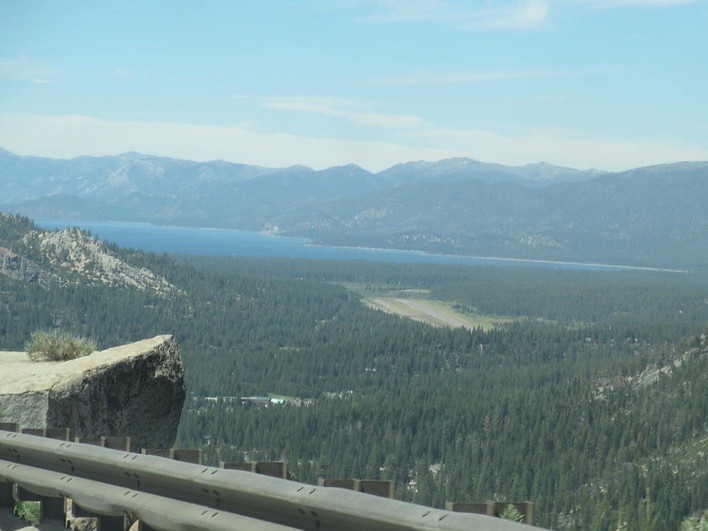 The expanded evacuation orders for the city of about 22,000 come as a red flag warning went into effect Monday for the Northern Sierra and Southern Cascades.

“This is a systematic evacuation, one neighborhood at a time,” South Lake Tahoe police Lt. Travis Cabral said on social media. “I am asking you as our community to please remain calm.”

Firefighters are working to stop spot fires, and bulldozers worked to create fire lines to slow the advance of the blaze:

Dozers & hand crews are cutting fire lines just northeast of #ChristmasValley to keep the #CaldorFire out of Meyers. The goal is to stop the flames from moving closer toward #LakeTahoe even though the fire is now into the basin. This is off Apache Ave. @KPIXtv pic.twitter.com/NJAC3IB9Ns

The fire is racing toward Meyers, according to SFGate.com, and is complicating evacuations because it is burning near U.S. Route 58 and California State Route 89, two main arterial roads linking the Tahoe communities with the outside world.