Former Vice President Joe Biden promised Monday to bring the U.S. back into the Paris Climate Agreement if he is elected president.

“While he [President Donald Trump] turns against our allies, I’ll bring us back into the Paris Agreement,” Biden said. I’ll put us back into business of leading the world on climate change. And I’ll challenge every other country to up the ante on climate commitments.” 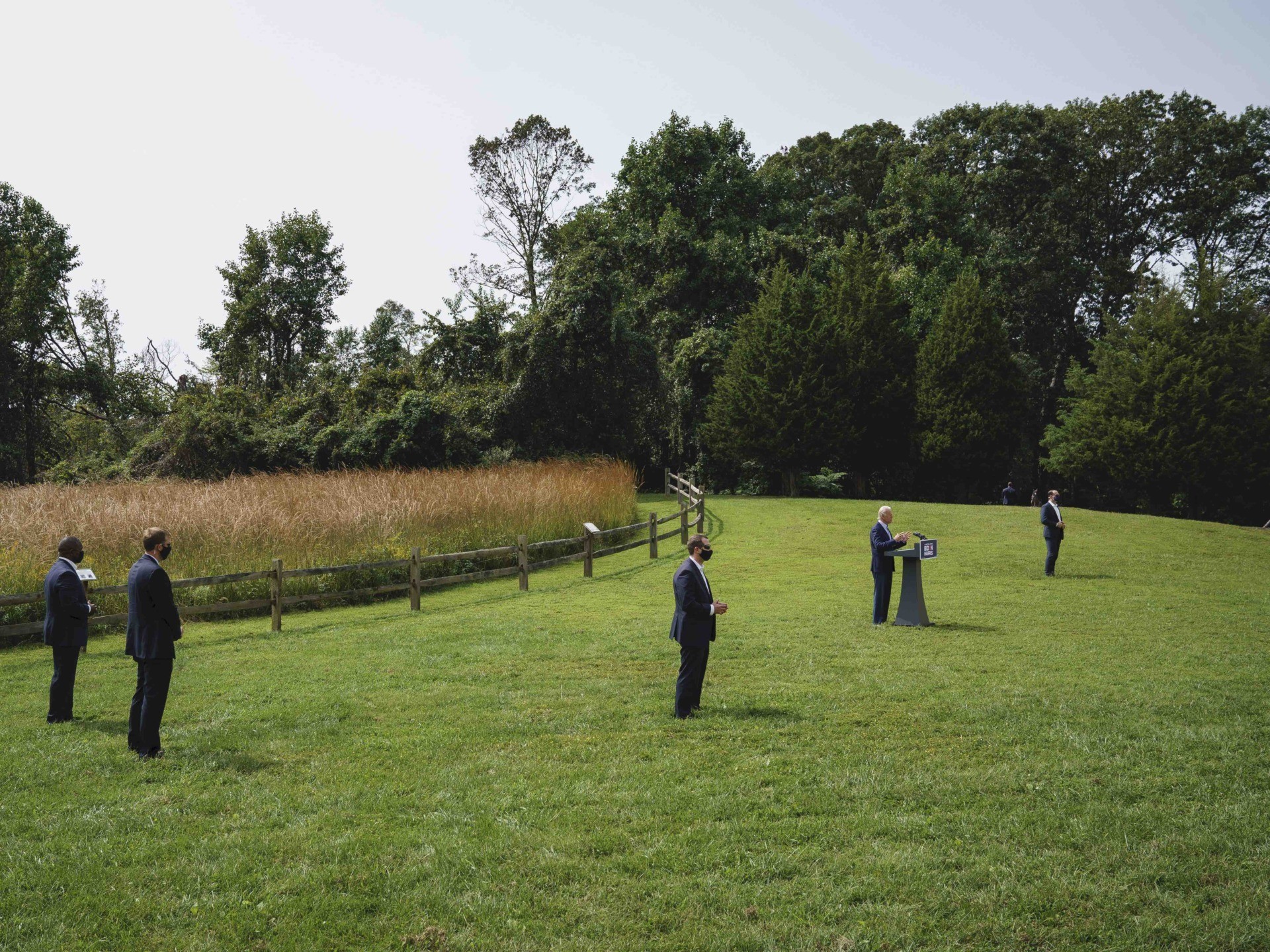 The Paris Agreement, which entered into force in 2016, is an effort to prevent global average surface temperature from rising more than 2.0 degrees Celsius above the levels that existed prior to the industrial revolution, and below 1.5 degrees Celsius if possible.

Though the deal also called on developing nations to seek lower emissions, it called on “wealthy economies such as the U.S. and the European Union to shoulder more of the burden, including a pledge to channel at least $100 billion a year to poor countries to help them respond to climate change,” the Wall Street Journal noted at the time.

Critics said that the Paris Climate Agreement placed a massive, one-sided burden on the U.S. economy, while allowing developing nations like China — which is responsible for much of the recent rise in global emissions — off the hook.

The Obama-Biden administration knew that the agreement, which resembles a treaty, would never pass ratification in the Senate. So the agreement was crafted to be non-binding on several key provisions. That allowed Obama to call the Paris agreement an “executive” agreement.

When President Donald Trump famously withdrew the U.S. from the Paris Agreement in 2017, he declared: “I was elected to represent the citizens of Pittsburgh, not Paris.”

Ironically, the U.S. had been reducing emissions anyway, without the Paris Agreement. As National Public Radio (NPR) reported in 2017, annual U.S. emissions had fallen 12% since 2005, largely because of a shift away from coal and toward natural gas.

Climate research Kate Larsen also told NPR that market forces would prevail in the near term, regardless of Paris: “The U.S. has successfully bent its greenhouse gas emissions curve. And we are going to continue to reduce emissions over the next 10 years, likely regardless of Trump policy.”

That may change — but so will technology, and prices, which are the two major factors that have driven U.S. energy policy to a lower-emissions trajectory.

Moreover, even the United Nations has said that the commitments under the Paris Climate Agreement are not enough to prevent the global average surface temperature from warming two degrees Celsius.

Political, industrial and civil leaders are strengthening and implementing the Paris Agreement on Climate Change. Yet current state pledges cover no more than a third of the emission reductions needed, creating a dangerous gap, which even growing momentum from non-state actors cannot close.

The [Nationally Determined Contributions] that form the foundation of the Paris Agreement cover only approximately one third of the emissions reductions needed to be on a least-cost pathway for the goal of staying well below 2°C. The gap between the reductions needed and the national pledges made in Paris is alarmingly high.

Few of the signatories have even made plans to reduce emissions in line with their Paris commitments. And in a further irony, the U.S. continues to outperform many other countries in reducing emissions.

Only seven countries are on track to meet their emission targets, and many of the Paris Agreement’s signatories have actually increased their carbon dioxide emissions.

Meanwhile, the United States has cut more total carbon dioxide emissions than any other nation. From 2008 to 2018, our energy-related emissions fell by 9% when the rest of the world increased their emissions by 17%. China’s emissions growth alone wiped out America’s reductions in 2017 by more than threefold, and now its emissions are growing even faster.

Biden’s climate change plan calls for the U.S. to move to 100% renewable energy — mainly solar and wind power — in electricity generation by 2035. That is only five years later than the “Green New Deal” of Rep. Alexandria Ocasio-Cortez (D-CA), who is a top climate adviser for the Biden campaign.

Currently, the most ambitious “green” state is California, which aims to achieve 100% renewable energy by 2045. The state recently suffered rolling electricity blackouts, partly because of the failure of solar and wind power to make up the gap during peak demand.

Gov. Gavin Newsom (D) said that California needed to “sober up” about the limits of renewables as the state made its transition to cleaner energy.

Joel B. Pollak is Senior Editor-at-Large at Breitbart News and the host of Breitbart News Sunday on Sirius XM Patriot on Sunday evenings from 7 p.m. to 10 p.m. ET (4 p.m. to 7 p.m. PT). His new book, RED NOVEMBER, tells the story of the 2020 Democratic presidential primary from a conservative perspective. He is a winner of the 2018 Robert Novak Journalism Alumni Fellowship. Follow him on Twitter at @joelpollak.