In an appearance on CBS’s The Late Show on Monday to promote his new book that he co-wrote with his friend former President Barack Obama, Bruce Springsteen lashed out at Trump as well as Florida Gov. Ron DeSantis (R) and Reps. Marjorie Taylor Greene (R-GA) and Matt Gaetz (R-FL).

Host Stephen Colbert asked Springsteen to explain the book’s introduction, in which he wrote, “these are treacherous times with much at stake, with everything at stake.”

Springsteen replied: “Do you want Marjorie Taylor Greene, Matt Gaetz, Ron DeSantis, and our ex-fearless leader deciding the fate of the American experiment?” He added: “That’s what I define as treacherous.”

Springsteen also made the obligatory reference to the January 6 Capitol riot when responding to Colbert’s follow-up question about political optimism.

“You have to be a fighting optimist, I believe, you know. In the sense that there was an attempt to overturn a free and fair election. They failed,” the Boss replied.
Springsteen added: “I have to remain optimistic and seeing them — my kids were out at the George Floyd, Black Lives Matter protests — seeing the diverse group of young people in the streets the day after the election.”

“It’s a cliche, but that’s what keeps me optimistic,” he said.

The rocker, who campaign for Clinton in ’16 and Joe Biden in 2020, also declared that the “fundamental right to vote” is “an endangered species” — a reference to voter integrity laws being passed in various states in order to curb voter fraud. 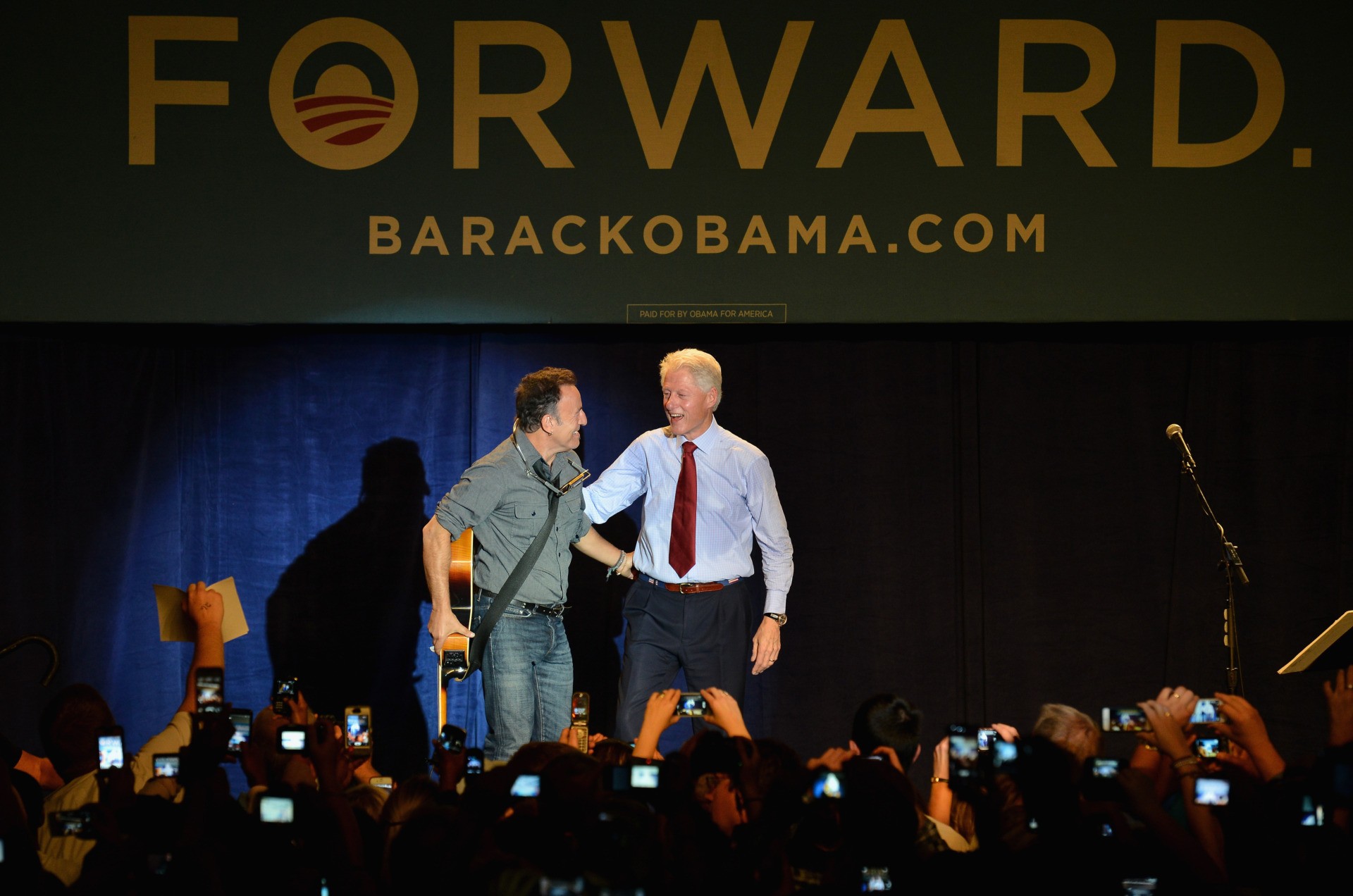 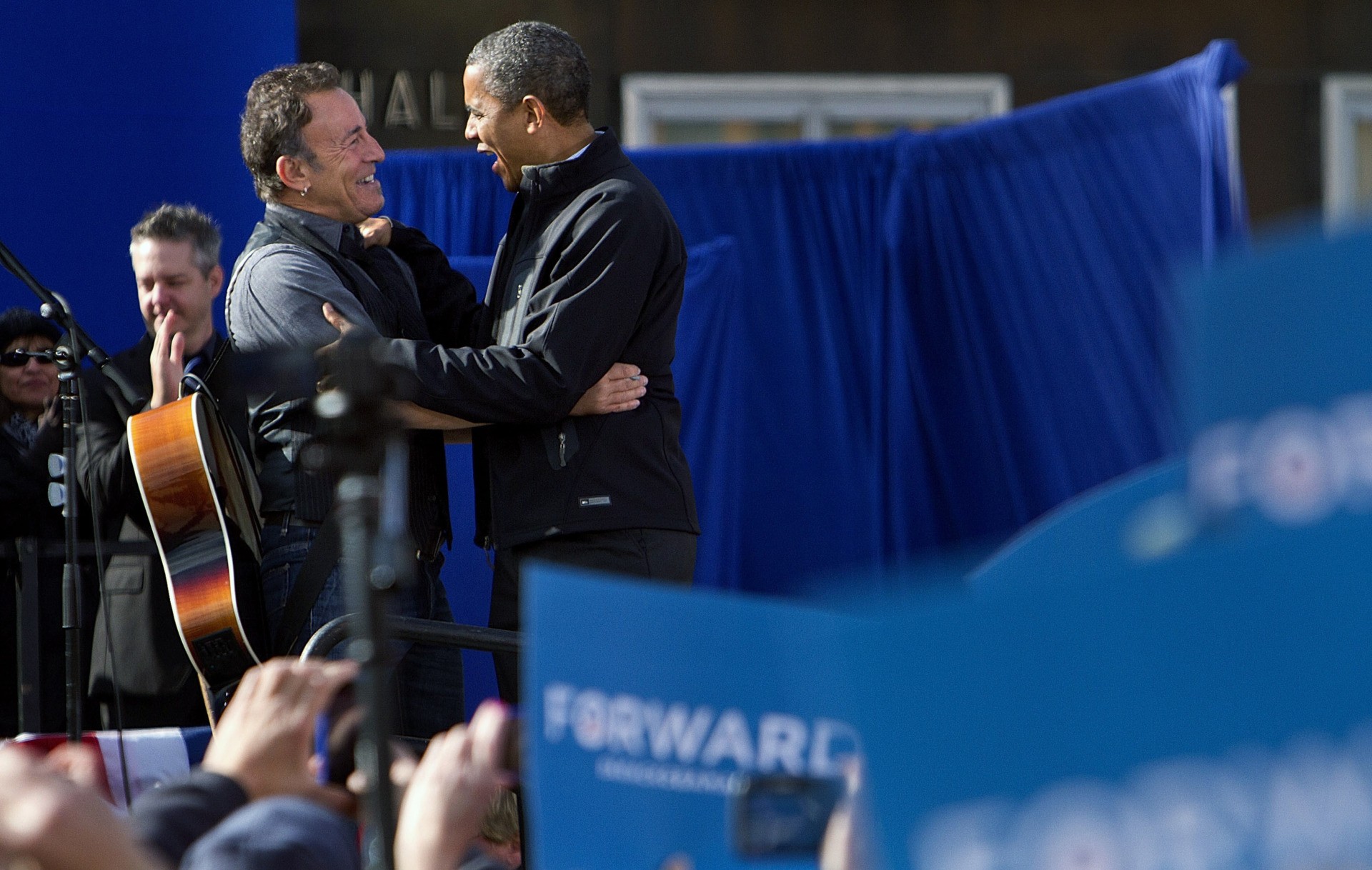 The new book, titled Renegades: Born in the U.S.A., grew out of the Spotify podcast of the same name featuring Springsteen and Obama discussing current events and their shared left-wing view of the world.

Springsteen has repeatedly attacked Trump, even calling his administration “a fucking nightmare.” The rocker performed on the primetime TV special for Biden’s inauguration.