Rose McGowan has torched the transgender Netflix employees who walked off the job Wednesday in protest of comedian Dave Chappelle, calling them “brats” and dismissing their brand of activism as “fake.”

In a scalding series of tweets, Rose McGowan told off the “whiny” protestors and accused Netflix of far more serious offenses than transgender jokes.

“Piss off you brats. Enough of your fake activism & obnoxious self-importance,” she wrote. The actress accused Netflix executives of being “stooges” of the Department of Justice and the CIA, citing the streamer’s decision to release a “fake documentary” about Julian Assange.

The documentary in question appears to be We Steal Secrets: The Story of WikiLeaks, which Netflix is set to begin streaming next week.

2) know your paycheck comes from the deeply corrupt? Your bosses are DOJ/CIA stooges in on smearing Assange in a fake documentary meant to misinform. You little Taylors risk NOTHING. It is Zero Hour. Get real or fuck off. Right now it’s about facts not your fucking feelings. 🎈

As Breitbart News reported, transgender Netflix employees and their allies walked off the job Wednesday in protest of the Dave Chappelle comedy special The Closer, which featured transgender and gay jokes. The special included a sequence in which Chappelle says “gender is a fact.”

The organizer of the rally in support of the transgender Netflix employees has targeted comedian Dave Chappelle with a racist taunt, demanding to talk to “his master” Wednesday outside Netflix offices in Hollywood.

The trans employees are demanding more transgender and “non-binary” content and more trans personnel at the highest levels of the company. 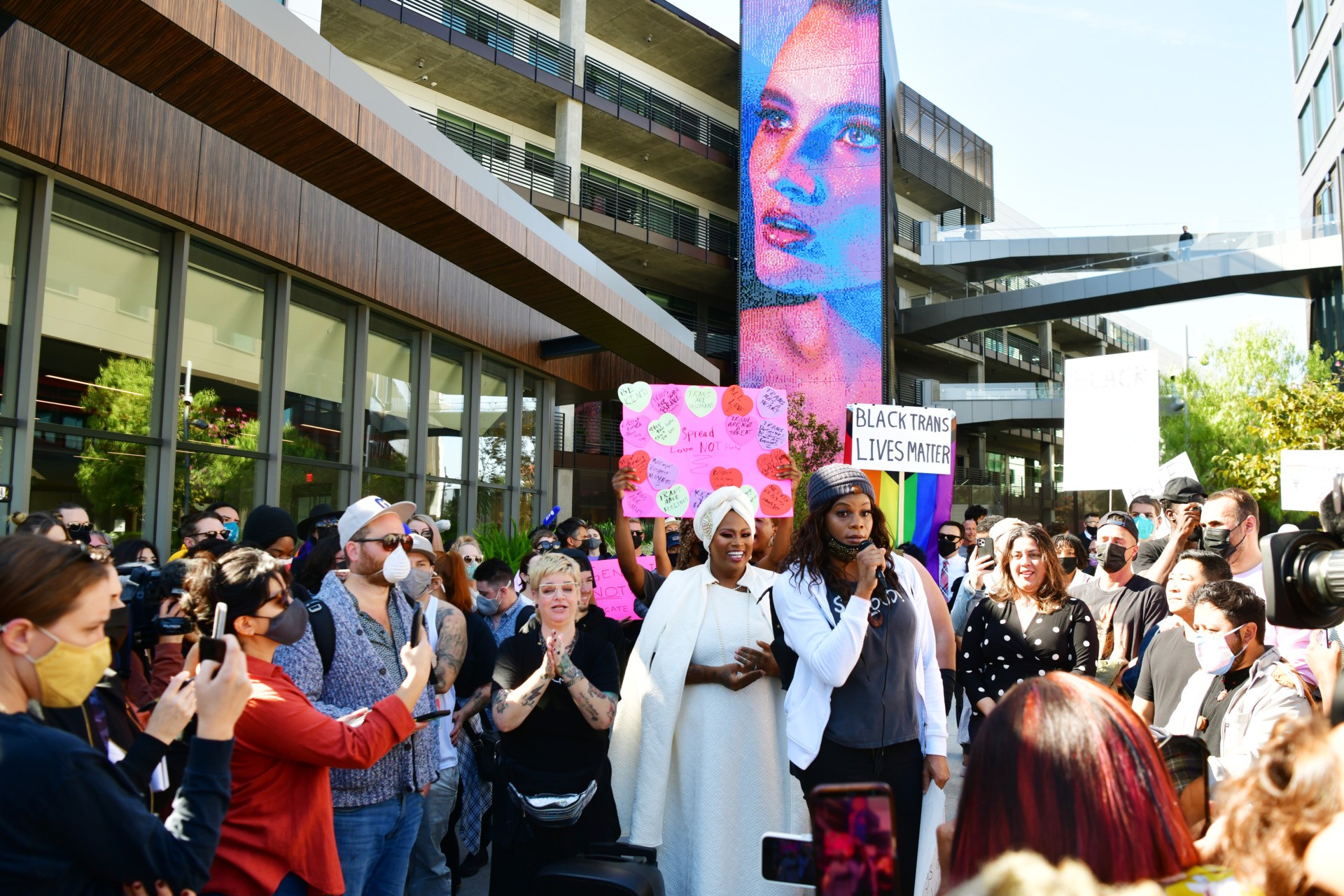 They said Netflix must also “acknowledge the harm” that its “transphobic content” has caused, especially “to the Black trans community.”