A mob at an anti-Dave Chappelle Netflix protest was captured accosting comedian and videographer Vito Gesualdi who was holding a sign, which read “We Like Dave.” The mob destroyed the sign, while one protester repeatedly shouted, “Repent, motherfucker!”

“Why is he breaking my sign?” Gesualdi could be heard saying as a protester proceeded to destroy his pro-Dave Chappelle sign.

“Because you’re an asshole!” the protester shouted while he destroyed the Gesualdi’s sign.

This is phenomenal. Man shows up at anti-Dave Chappelle Netflix protest with a sign saying he likes Dave and thinks jokes are funny. Gets accosted by woke mob, has his sign destroyed. pic.twitter.com/KKRgLp269b

After the Gesualdi’s sign was destroyed, he was left holding a stick which was holding up the sign. Someone in the crowd shouted, “He’s got a weapon!” before a woman demanded he drop the stick.

“I’m just here to say that jokes are funny, people,” Gesualdi said to the jeering crowd. “Dave Chappelle is a funny guy. I love Dave.”

While Gesualdi shared his remarks, an individual who appeared to be a woman was seen shaking a tambourine in his direction, while repeatedly shouting, “Repent, mother fucker!” 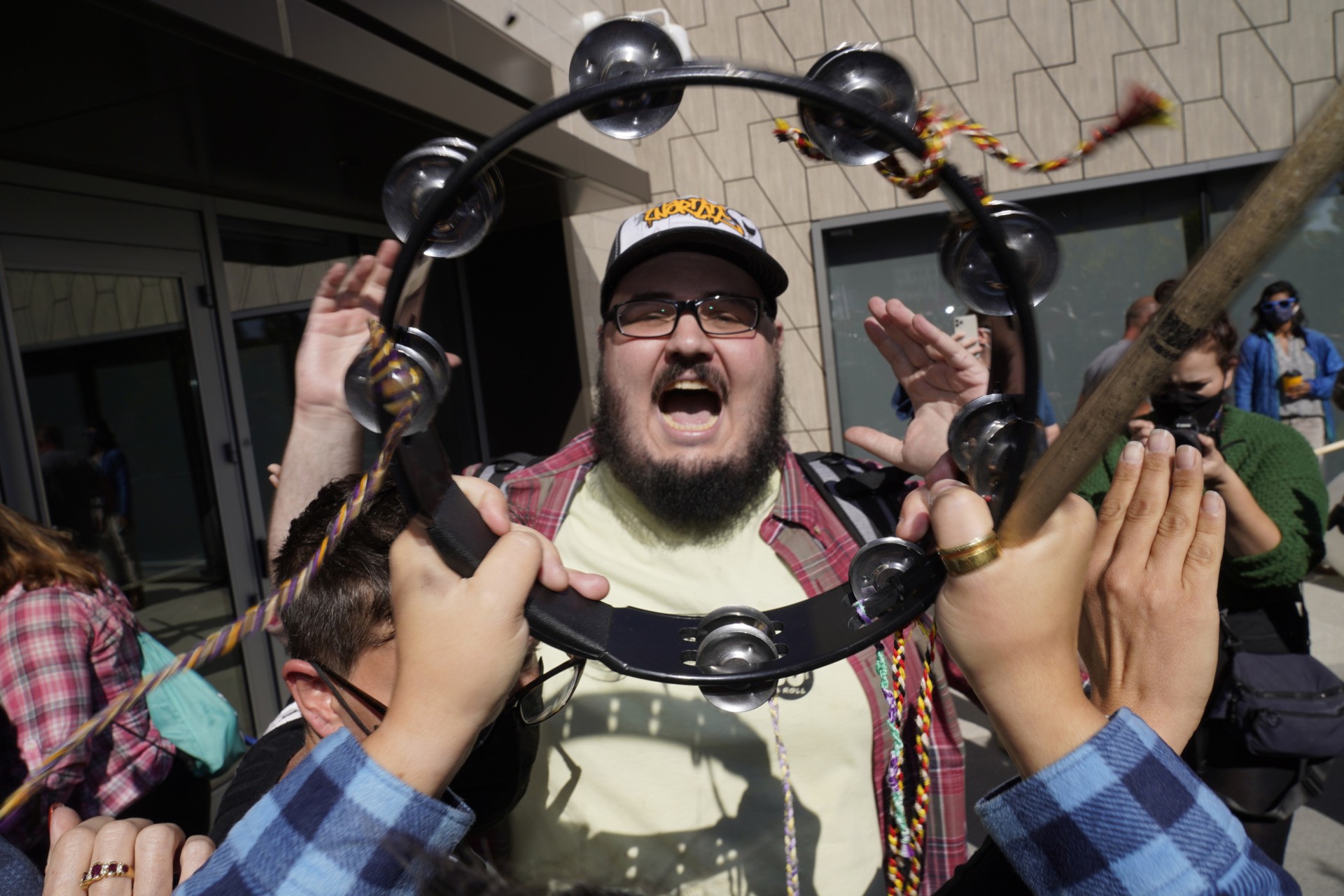 Comedian and videographer Vito Gesualdi screams profanities as he engages with peaceful protesters begging him to leave outside the Netflix building in the Hollywood section of Los Angeles, Wednesday, Oct. 20, 2021. (AP Photo/Damian Dovarganes)

The anti-Dave Chappelle transgender protest at Netflix saw counterprotestors chanting “jokes are funny.” You love to see it. pic.twitter.com/rSKTrfSuWG

After being arrested outside the White House — involving a separate protest — on Tuesday, left-wing activist and actress Alyssa Milano told a photographer that Netflix should pull Chappelle’s special, adding that it is “really important to hold people accountable.”

In The Closer, Chappelle touches upon common, everyday issues that many Americans can relate to, and shares personal stories, including a sentimental account of his late transgender friend and fellow comedian Daphne Dorman.