Paris Hilton is calling on President Joe Biden and Congress to take action against the “troubled teen industry,” so that “kids can avoid the abuse I endured.” Hilton claims the abusive industry has been running rampant for years.

“When I was 16 years old, I was awakened one night by two men with handcuffs. They asked if I wanted to go ‘the easy way or the hard way’ before carrying me from my home as I screamed for help. I had no idea why or where I was being taken against my will. I soon learned I was being sent to hell,” Hilton explained in a Monday op-ed for the Washington Post.

Hilton said she was subjected to a “parent-approved kidnapping,” adding that “countless” of other parents in search for solutions to rebellious behavior have also fallen for the “misleading marketing” tactics of the “troubled teen industry.” 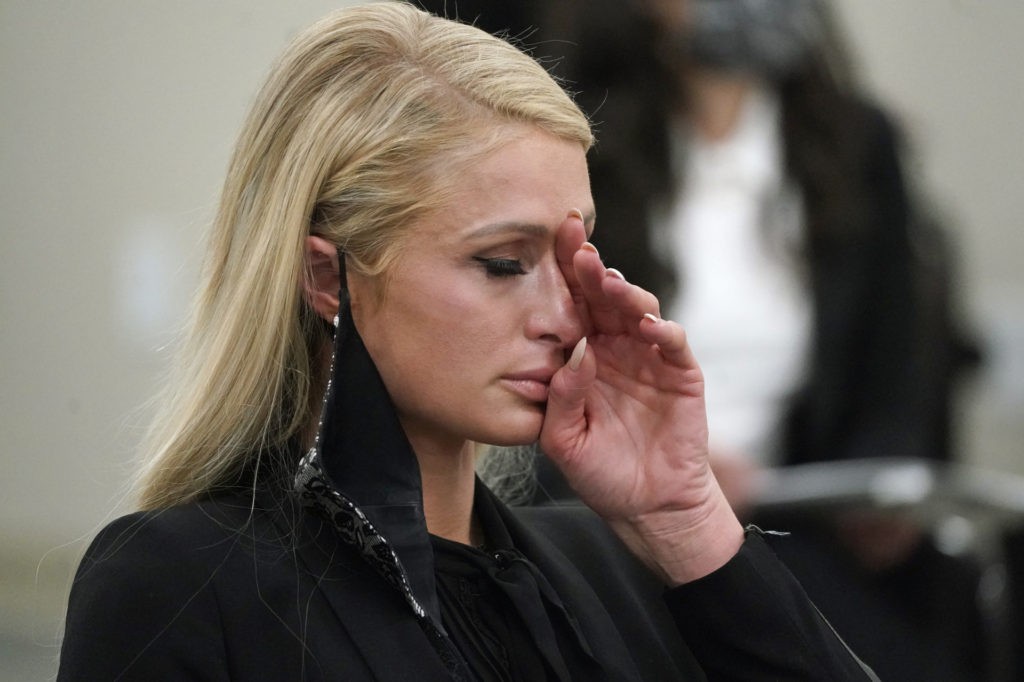 Paris Hilton wipes her eyes after speaking at a committee hearing at the Utah State Capitol, Monday, Feb. 8, 2021, in Salt Lake City. Hilton has been speaking out about abuse she says she suffered at a boarding school in Utah in the 1990s and she testified in front of state lawmakers weighing new regulations for the industry. (AP Photo/Rick Bowmer) 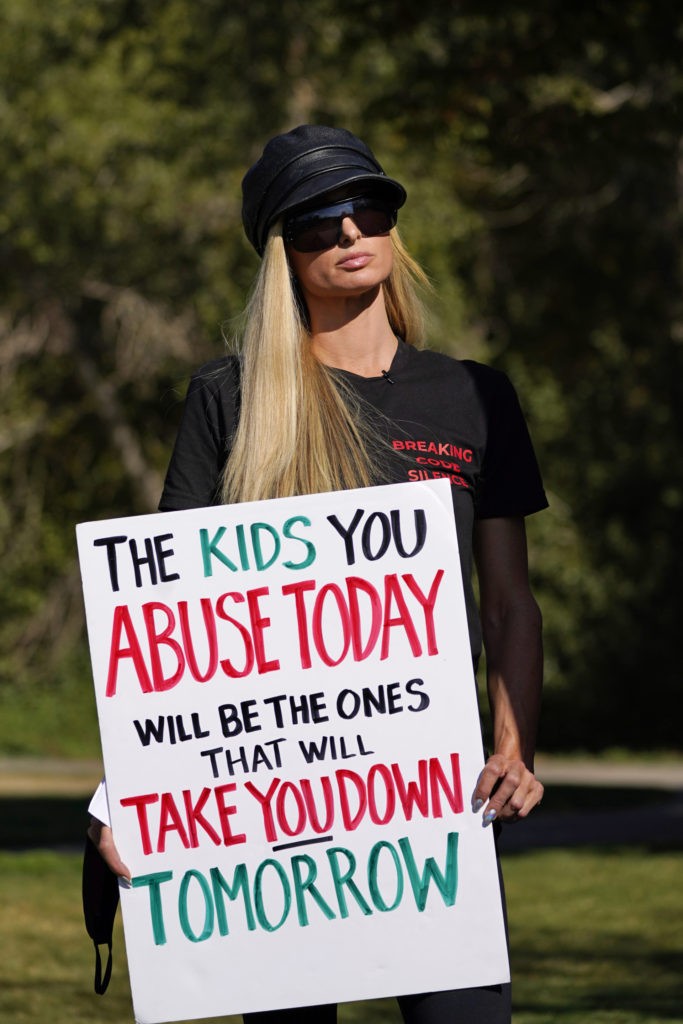 Paris Hilton holds a sign before leading a protest Friday, Oct. 9, 2020, in Provo, Utah. Hilton was in Utah Friday to lead a protest outside a boarding school where she alleges she was abused physically and mentally by staff when she was a teenager.  (AP Photo/Rick Bowmer)

The former reality TV-star detailed the “abuses and tragedies” she personally endured while at four different facilities she went to as a teen:

I was choked, slapped across the face, spied on while showering and deprived of sleep. I was called vulgar names and forced to take medication without a diagnosis. At one Utah facility, I was locked in solitary confinement in a room where the walls were covered in scratch marks and blood stains.

Hilton added parents have been unaware of what happens at such facilities, as staffers tell parents not to believe their kids when they report mistreatment, and tell children that nobody will ever believe them if they do.

The 40-year-old says this industry has been thriving for decades “thanks to a systemic lack of transparency and accountability,” adding that “an estimated 120,000 young people are housed in congregate-care facilities at any given time across the country.”

The Simple Life star also mentioned 16-year-old Cornelius Frederick, whose 2020 death at a Michigan facility was deemed a homicide. 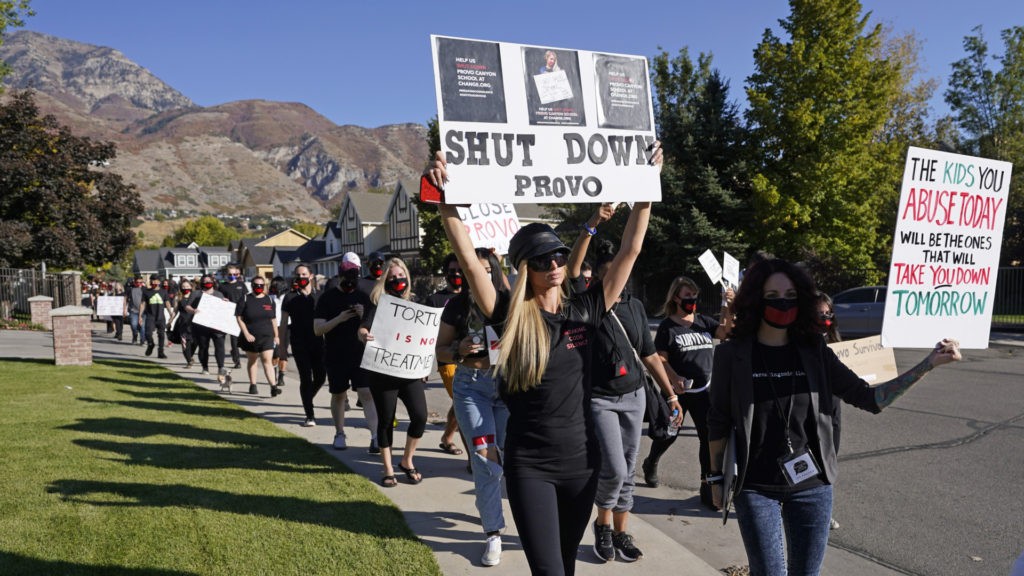 Paris Hilton, center, leads a protest Friday, Oct. 9, 2020, in Provo, Utah. Hilton was in Utah Friday to lead a protest outside a boarding school where she alleges she was abused physically and mentally by staff when she was a teenager. (AP Photo/Rick Bowmer)

Hilton is now calling on Biden and Congress to enact a basic federal “bill of rights” for young people in congregate care.

“Had such rights existed and been enforced, I and countless other survivors could have been spared the abuse and trauma that have haunted us into adulthood,” she wrote.

Hilton’s call for action comes as several senators demand that Facebook explain how and why its Instagram platform promotes posts glorifying eating disorders to teenagers and young girls.