Pop star Pink has lashed out against protestors of California’s COVID-19 vaccine mandates for school children, comparing the requirements to seatbelt laws. She also gave protestors the middle finger in an angry tweet posted Sunday.

Pink used 13 middle-finger emojis to express her rage and disgust at people who are participating in walkouts planned at schools across California on Monday. “Where were you when they made us start wearing seatbelts and not having polio???” she wrote

To anyone participating in the “state wide walk out” in opposition to vaccine mandates…. Where were you when they made us start wearing seatbelts and not having polio???? Late to the party!!!! 🖕🏽🖕🏽🖕🏽🖕🏽🖕🏽🖕🏽🖕🏽🖕🏽🖕🏽🖕🏽🖕🏽🖕🏽🖕🏽 #keepingkidssafesinceforever #dontwantmeaslesneither

The walkouts are intended to protest California Gov. Gavin Newsom’s (D) vaccine mandate for kids in grades K through 12. On Monday, parents are expected to pull their kids from school for the day, telling the school district it is because they do not agree with the vaccine mandate, according to a report from KBAK Bakersfield. Some teachers are also expected to participate in the walkout. 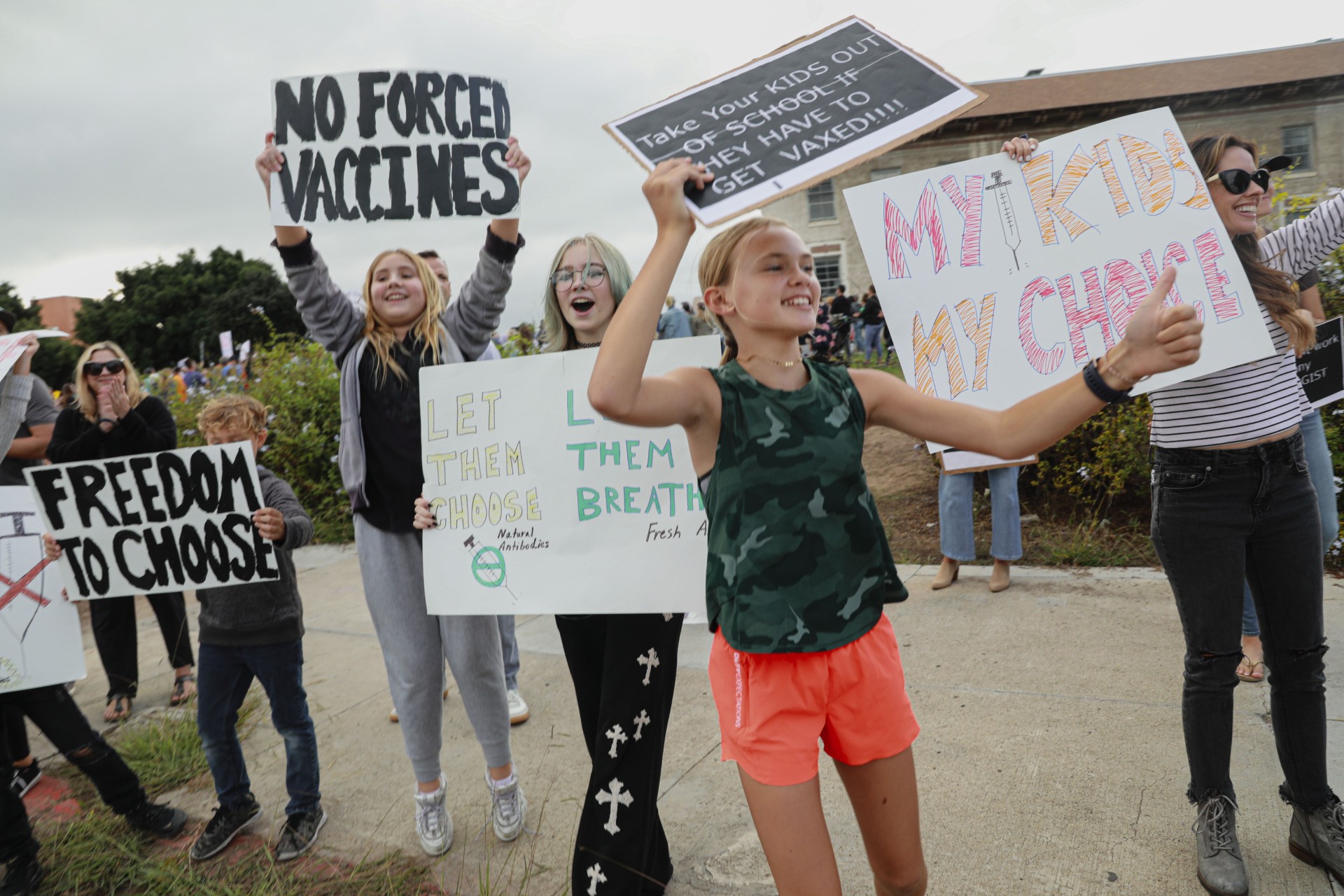 In addition, a protest called “Our Children, Our Choice!” is set to take place at the California State Capitol in Sacramento on Monday.

Earlier this month, Gov. Newsom announced California will require students attending school in person to get vaccinated for COVID-19 after the Food and Drug Administration grants full approval for their age group.