The Los Angeles city attorney’s office is considering charging Pentz with invasion of privacy and intentionally giving someone a sexually transmitted infection, according to a report by BuzzFeed News.

The investigation into the 42-year-old recording artist and DJ — who has worked with music stars including Beyoncé and Ariana Grande — stems from a police report made with the Los Angeles Police Department (LAPD) in October last year.

In the complaint, a 25-year-old woman alleges Diplo recorded sexually explicit videos of her without her permission, distributed at least one without her consent, and knowingly infected her with chlamydia. The woman has also filed for a temporary restraining order.

Police have also reportedly reviewed explicit videos of other women, which Diplo’s accuser says he shared with her, and have interviewed some of the subjects of those videos. 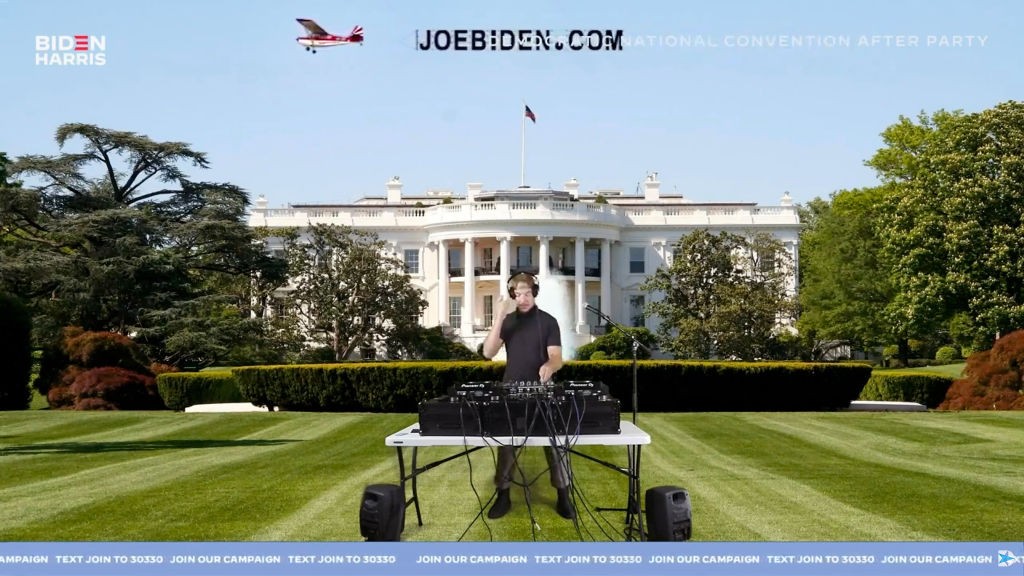 In this screenshot from the DNCC’s livestream of the 2020 Democratic National Convention After Party, Diplo performs in front of a virtual background of the White House to the virtual convention. (DNCC via Getty Images)

Pentz has denied the allegations and “launched a vigorous counterattack,” reports BuzzFeed News, adding that the producer has secured a temporary restraining order against the woman and sued her for stalking, trespassing, and distribution of private materials.

“In no way has my client violated any law,” Pentz’s attorney Bryan Freedman told Billboard last year. “In fact, he has repeatedly made it clear that he wants nothing whatsoever to do with this person — and simply needs her ongoing harassment of his family to end.”

According to legal filings, the woman also claims Diplo initially reached out to her through private messages on Twitter when she was 17. The woman said the two continued to talk, and she eventually had sex with him in March 2018, when she was 21.

While the woman said the encounter was consensual, she also reportedly told police that in July 2019, the DJ held her down and raped her in his Las Vegas hotel room after one of his concerts — but no criminal charges appear to be forthcoming in relation to that accusation.

In October 2020, rapper Azealia Banks brought up Pentz’s alleged sexual misconduct during an episode of her Cheapy’s Two Cents podcast.

“I used to have sex with Diplo when I was 17,” Banks said. “I always give him credit for fucking launching my career off, but yeah, I had to give him some teenage pussy to do it. He’s always been preying on young ethnic girls.”

In 2018, Pentz said that then-President Donald Trump should be banned from Twitter. Last year, he headlined a fundraising event for then-presidential candidate Joe Biden ahead of the 2020 presidential election and hosted a virtual DJ set during the broadcast of the Democratic National Convention.