A Russian actress and director on Tuesday arrived at the International Space Station (ISS) in a bid to best the United States and film the first movie in orbit.

The Russian crew is set to beat a Hollywood project that was announced last year by “Mission Impossible” star Tom Cruise together with NASA and Elon Musk’s SpaceX.

Actress Yulia Peresild, 37, and film director Klim Shipenko, 38, took off from the Russia-leased Baikonur Cosmodrome in ex-Soviet Kazakhstan as scheduled.

But they belatedly docked at the ISS at 1222 GMT after veteran cosmonaut Anton Shkaplerov switched to manual control. 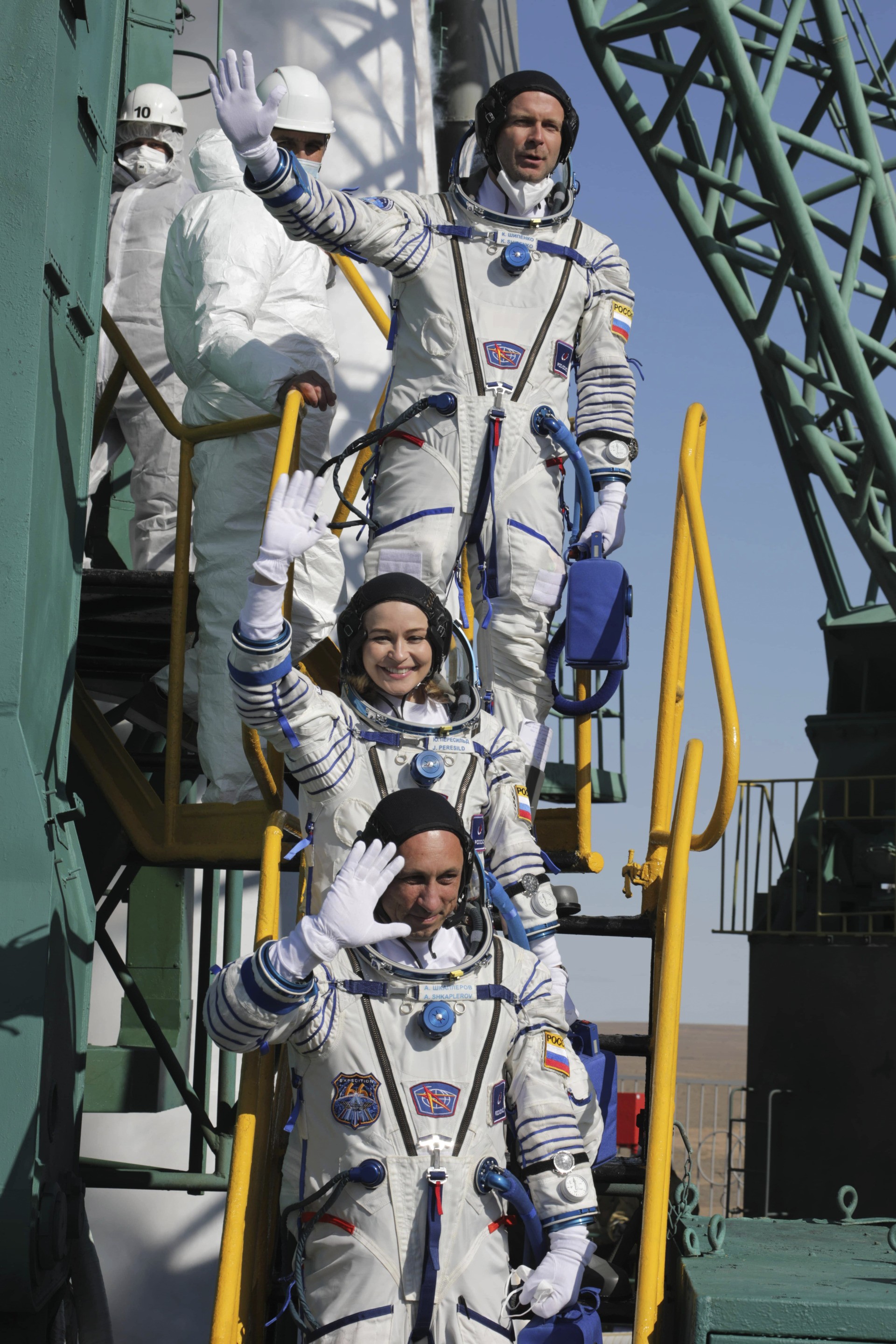 The crew travelled in a Soyuz MS-19 spaceship for a 12-day mission at the ISS to film scenes for “The Challenge”.

The movie’s plot, which has been mostly kept under wraps along with its budget, was revealed by Roscosmos to centre around a female surgeon who is dispatched to the ISS to save a cosmonaut.

Shkaplerov and two other Russian cosmonauts aboard the ISS are said to have cameo roles in the film.

The ISS crew, which also includes a French, a Japanese and three NASA astronauts, will welcome the newcomers when the hatch opens at around 1410 GMT.

“It was difficult psychologically, physically and emotionally… but I think when we reach our goal all the challenges won’t seem so bad,” Peresild — who was selected out of 3,000 applicants for the role — said at a pre-flight press conference on Monday. 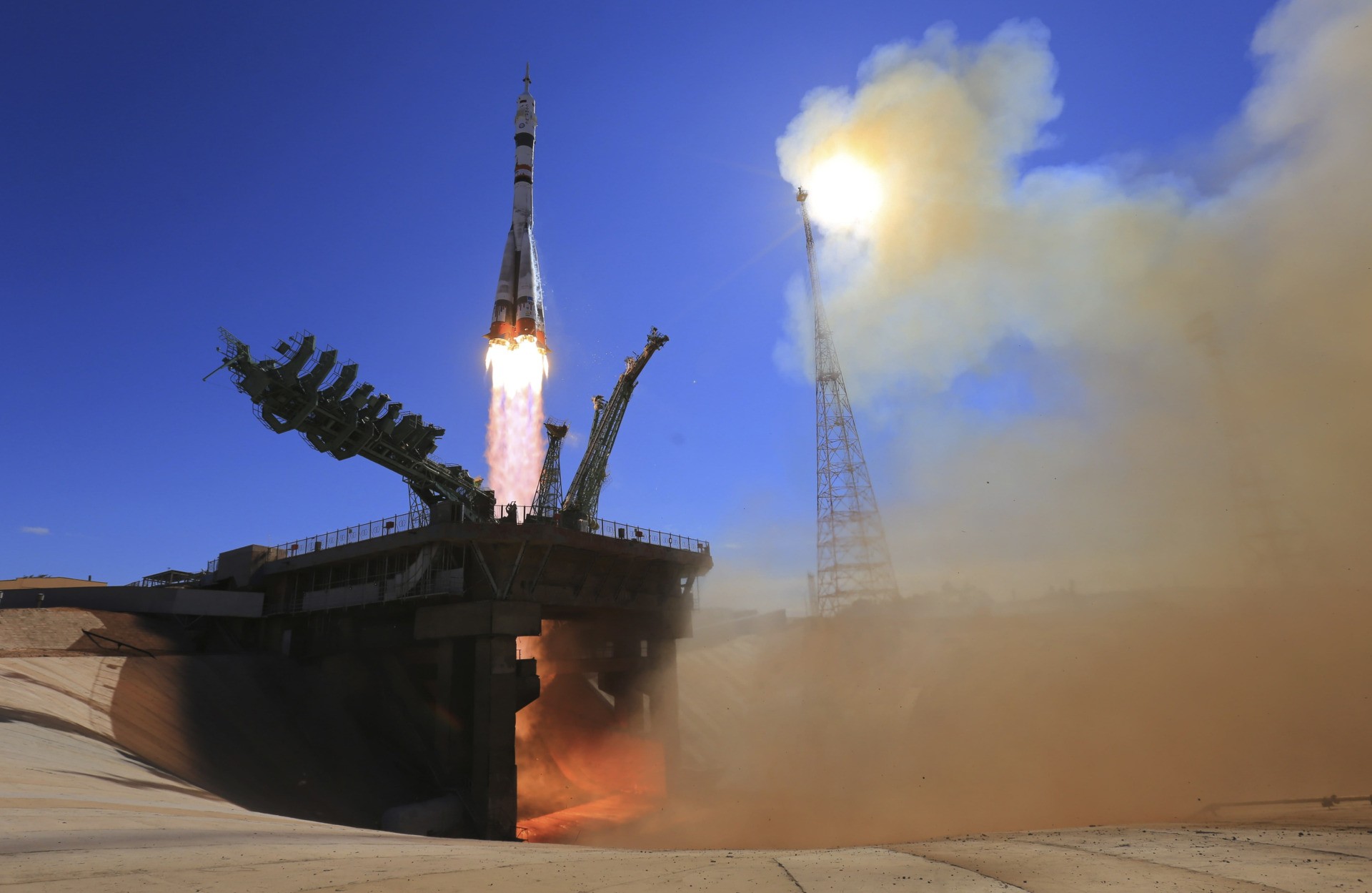 True to a pre-flight tradition religiously observed by cosmonauts, the crew said that on Sunday they watched the classic Soviet film “The White Sun of the Desert”.

Shipenko and Peresild are expected to return to Earth on October 17 in a capsule with cosmonaut Oleg Novitsky, who has been on the ISS for the past six months.

“Space is where we became pioneers, where despite everything we maintain a fairly confident position,” Kremlin spokesman Dmitry Peskov told reporters Tuesday.

If successful, the mission will add to a long list of firsts for Russia’s space industry.

The Soviets launched the first satellite Sputnik, and sent the first animal, a dog named Laika, the first man, Yuri Gagarin, and the first woman, Valentina Tereshkova, into orbit.

But compared with the Soviet era, modern Russia has struggled to innovate and its space industry is fighting to secure state funding with the Kremlin prioritising military spending.

Its space agency is still reliant on Soviet-designed technology and has faced a number of setbacks, including corruption scandals and botched launches.

Russia is also falling behind in the global space race, facing tough competition from the United States and China, with Beijing showing growing ambitions in the industry.

Roscosmos was also dealt a blow after SpaceX last year successfully delivered astronauts to the ISS, costing Russia its monopoly for journeys to the orbital station. 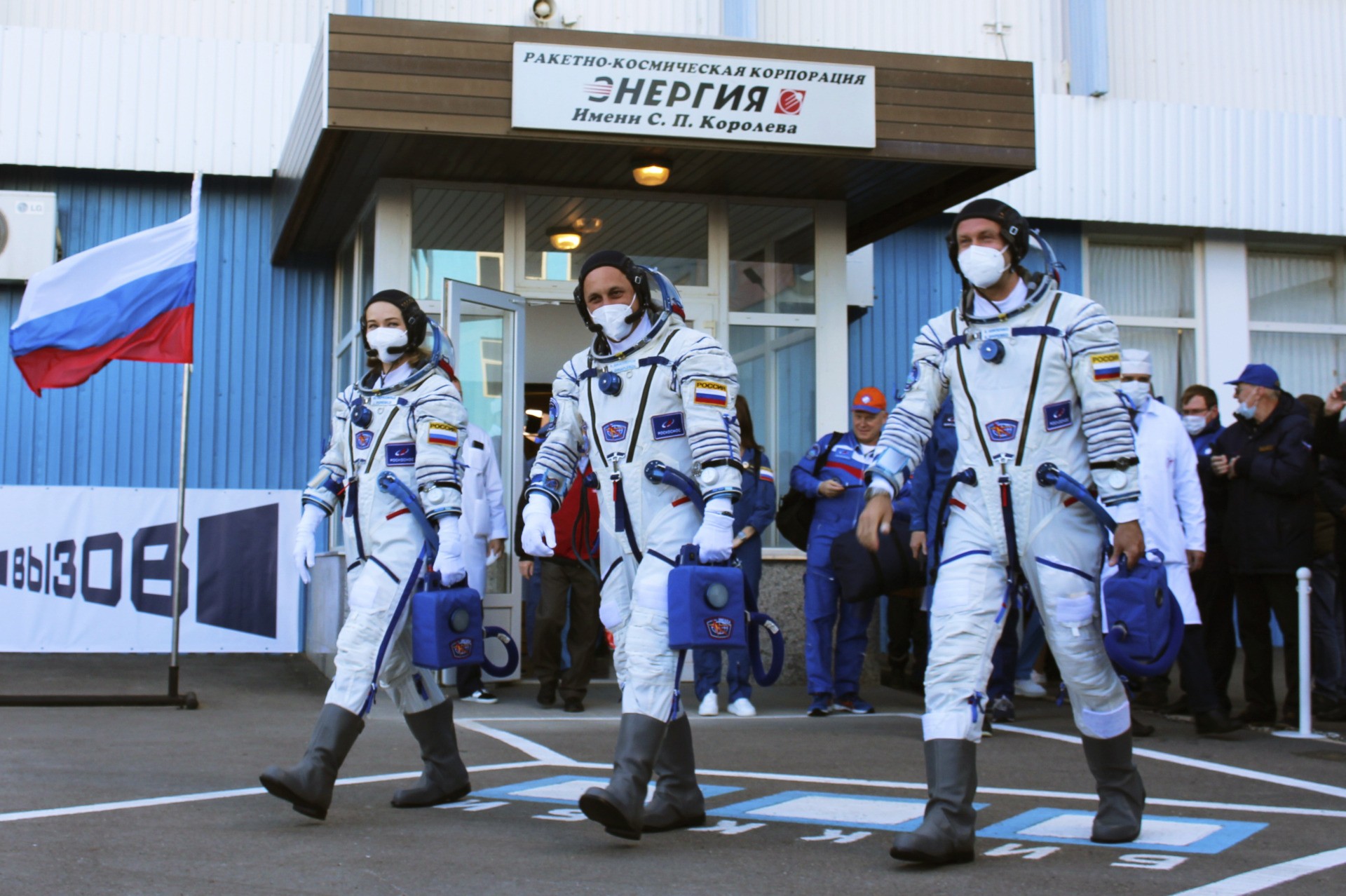 For political analyst Konstantin Kalachev, the space film is a matter of PR and a way to “distract” Russians from the “problems” that Roscosmos is facing.

“This is supposed to inspire Russians, show how cool we are, but I think Russians have completely lost interest in the space industry,” Kalachev told AFP.

In a bid to spruce up its image and diversify its revenue, Russia’s space programme revealed this year that it will be reviving its tourism programme to ferry fee-paying adventurers to the ISS.

After a decade-long pause, Russia will send two Japanese tourists — including billionaire Yusaku Maezawa — to the ISS in December, capping a year that has been a milestone for amateur space travel.

Last month, SpaceX completed the first all-civilian mission to space that took four untrained astronauts on a three-day loop around the Earth’s orbit.

Later this month, 90-year-old actor William Shatner, known for his portrayal of Captain Kirk in the Star Trek series, will fly to space on a mission with Bezos’s Blue Origin.