Actor Scott Foley said Friday packing up and leaving Los Angeles with his family at the height of the coronavirus pandemic was “all about the best place to raise children.”

In an interview with Fox 29’s Stephanie Weaver, Foley revealed he and his wife took their three children – Malina Jean, 11, Keller Alexander, 9, and Konrad, 6 – to the East Coast in search of a better life.

On the evidence, he believes they found it, adding leaving the city he had called home for the last 30 years was easy. “It’s the best. I’m so glad we did it,” Foley said. “It’s been a wonderful experience. My kids love the public schools here. My wife has made friends, so it’s a good thing.” 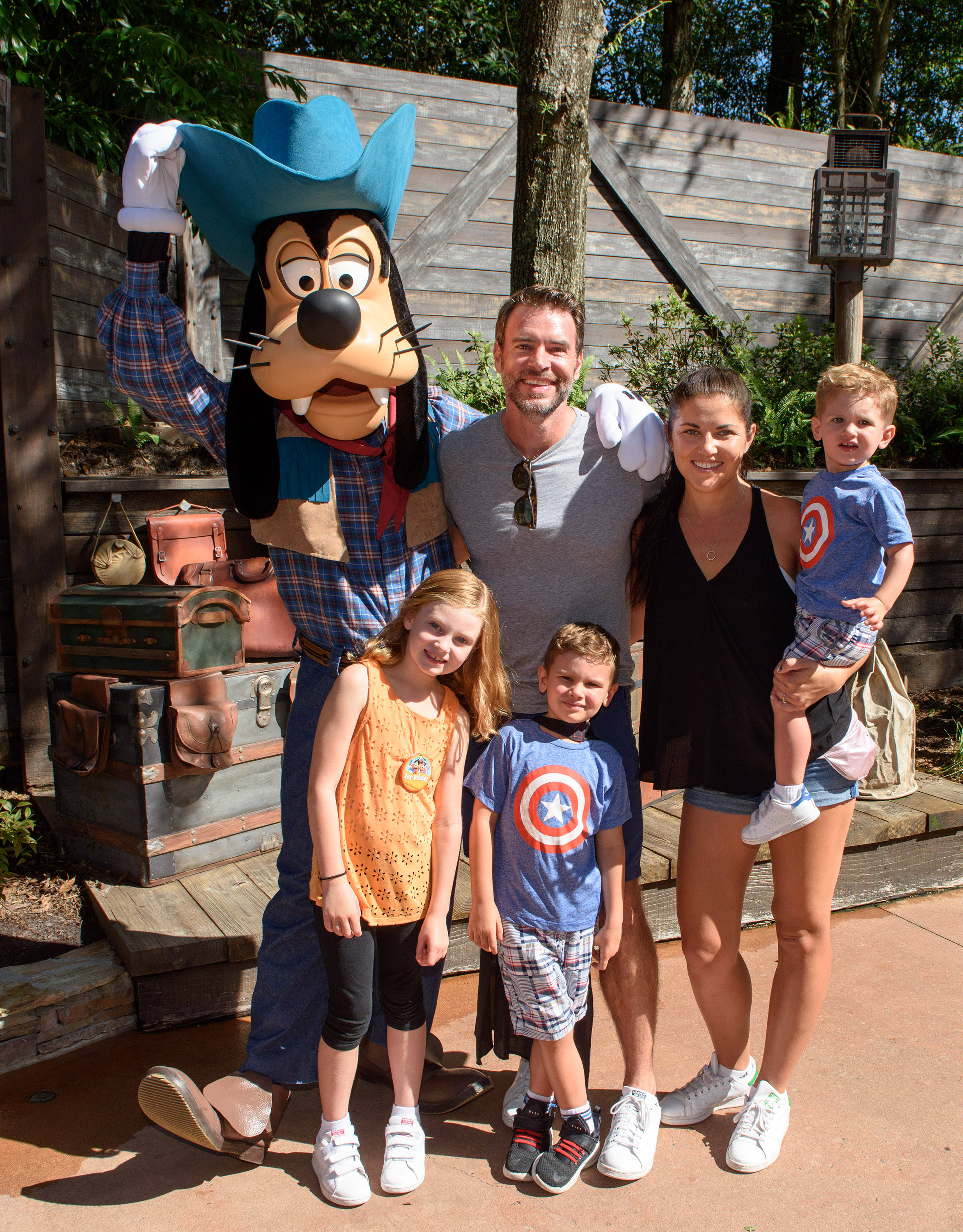 The former Scandal star currently plays the character Nick Blackburn on the FOX show The Big Leap. Foley’s character Blackburn is an executive producer of a reality dance competition show, something he feels his recent decision to move makes it a case of life imitating art.

“I am embarrassed to say that I am fairly similar to this character,” the actor said. “Work comes first for him, and for a long time in my life that’s how it was.”

While Foley might see some personal similarities with a fictional character, he certainly has company in deciding to leave California altogether.

As Breitbart News reported, California’s population fell by more than 182,000 last year, the first yearly loss ever recorded for the nation’s most populous state.

That dip halted a growth streak dating to its founding in 1850 on the heels of a gold rush that prompted floods of people to go West in search of their fortune. 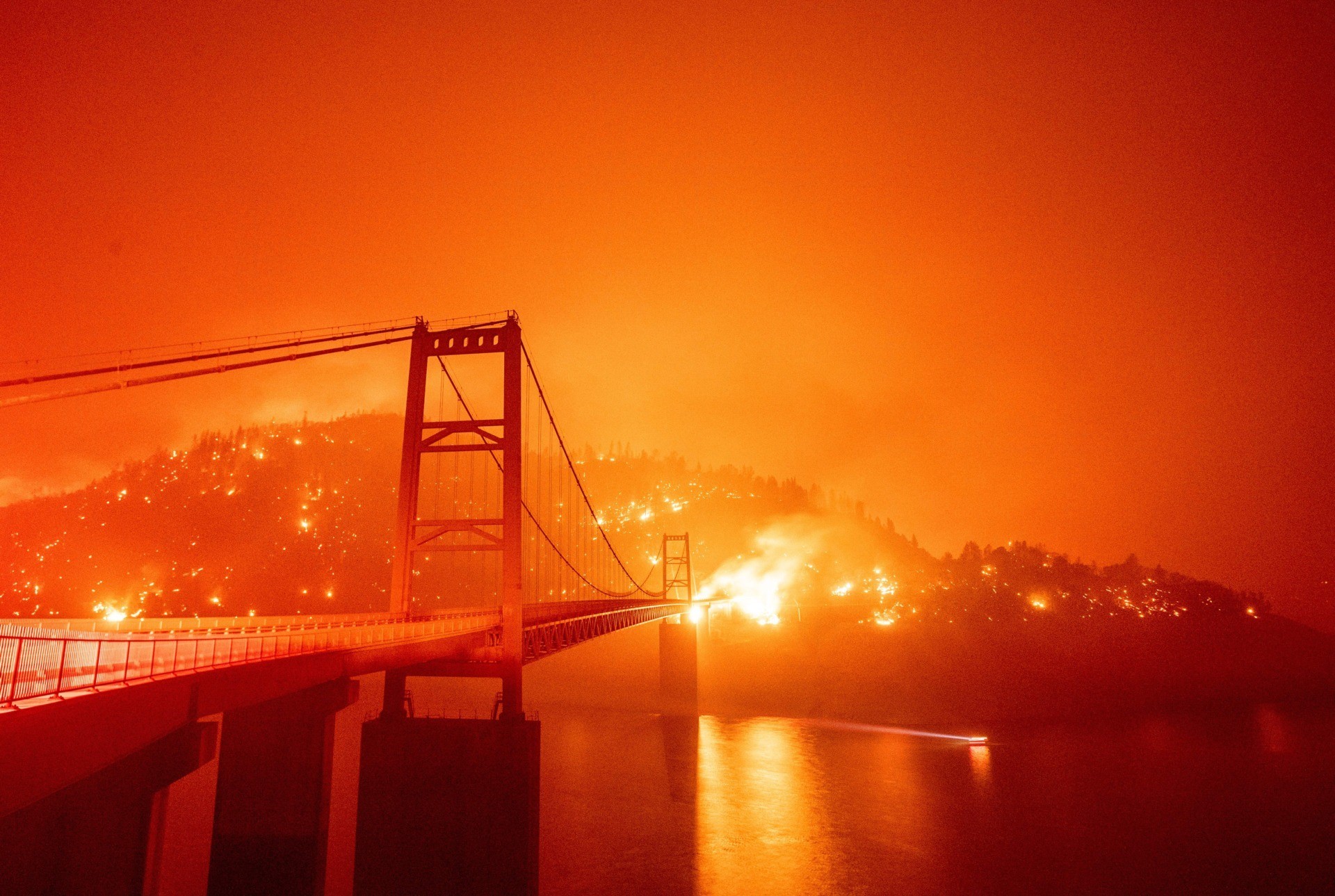 A boat motors by as the Bidwell Bar Bridge is surrounded by fire in Lake Oroville during the Bear fire in Oroville, California on September 9, 2020. (JOSH EDELSON/AFP via Getty Images) 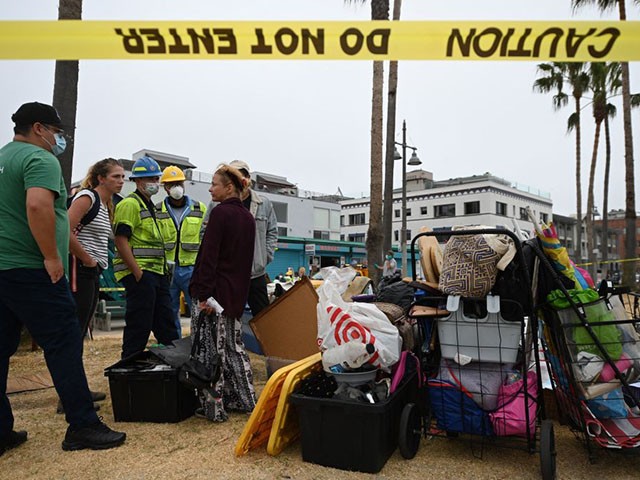 Dixie Moore (R) talks with representatives from St Joseph Center Homeless Services who will help her move from her tent encampment along the Venice Beach Boardwalk in Los Angeles, California. (ROBYN BECK/AFP via Getty Images)

Figures released in May confirm the human exit and they foretold the U.S. Census Bureau announcement California would lose a congressional seat for the first time because it grew more slowly than other states over the past decade. 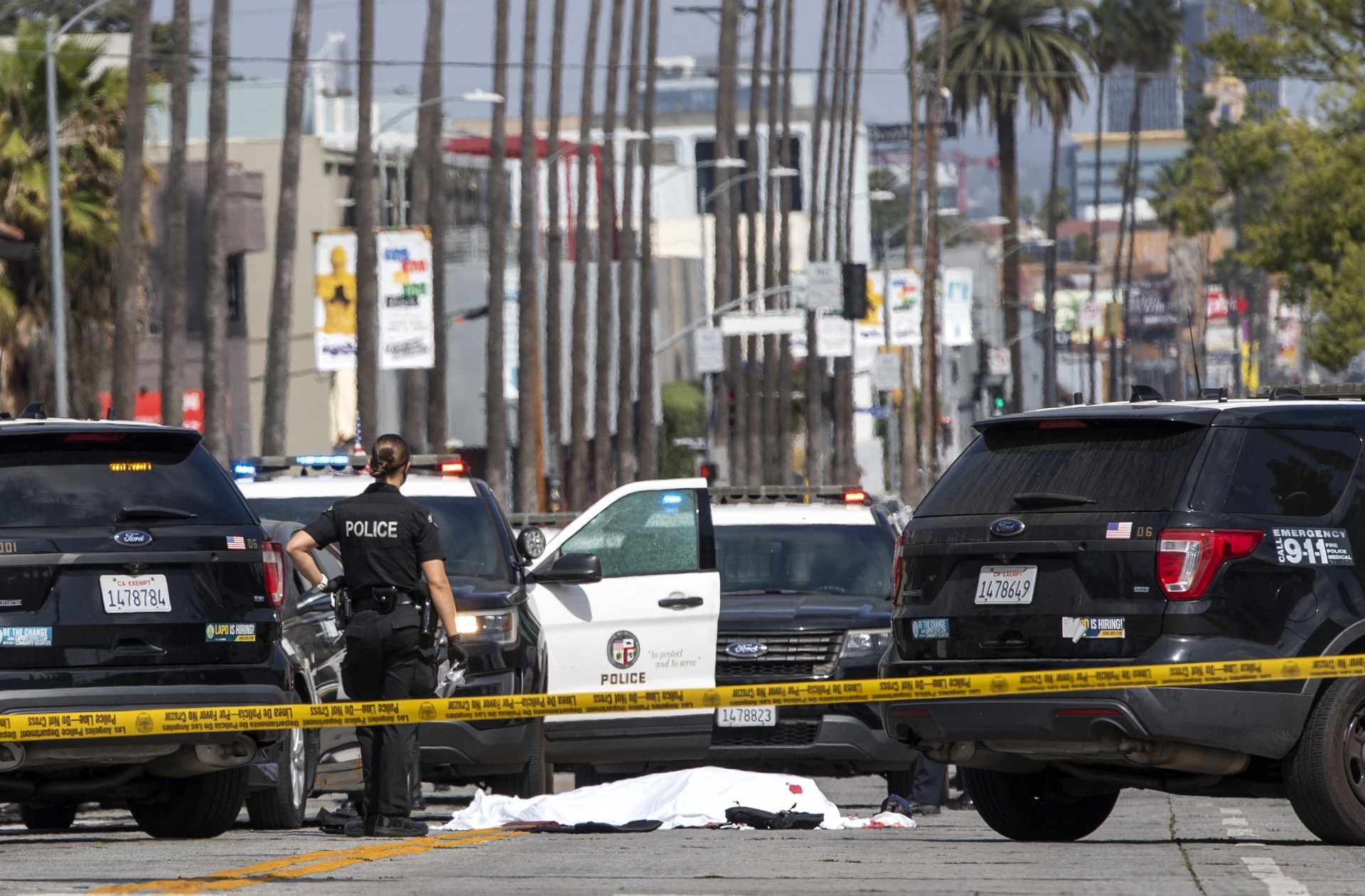 A LAPD police officer stands at the corner of Fairfax Avenue and Sunset Boulevard where a body covered in a white sheet lies on the pavement in Los Angeles on April 24, 2021 in what appears to be an officer-involved shooting. (VALERIE MACON/AFP via Getty Images)

In recent years, more people have left California for other states than have moved there, a trend Republicans say is a result of the state’s high taxes and progressive politics while homelessness has increased at the same rate, as Breitbart News reported.

The homeless crisis is a problem we can solve, if our elected leaders check their woke privilege at the door! https://t.co/tyTEPAAHJu

Current estimates put the numbers living on LA’s streets and sidewalks at around 80,000 people.

In 2018 the Los Angeles City Council voted to develop an “emergency” plan that sought trailer and tent encampments to house 34,000-homeless — similar to the plan developed by Orange County – in a dramatic move to provide shelter.

Meanwhile, the average sale price of a single-family home in California hit a record $758,990 in March, a 23.9 percent increase from a year ago.