No one wants to be sentimental or mawkish or pessimistic, but with the recent release of Cry Macho, many people wonder if this might be Clint Eastwood’s farewell screen appearance. He is 91, after all. But people have been saying that about Clint Eastwood for decades now, so let’s stop thinking that way.

All this talk, though, did give me an idea for a list, so let’s go back and remember all the times a screen legend’s cinematic farewell landed on something perfect.

Too many of our legends, eager to work and discarded by the public, went out in crap like this. Those undeserving goodbyes are heartbreaking to think about. So this list sticks to the positive. 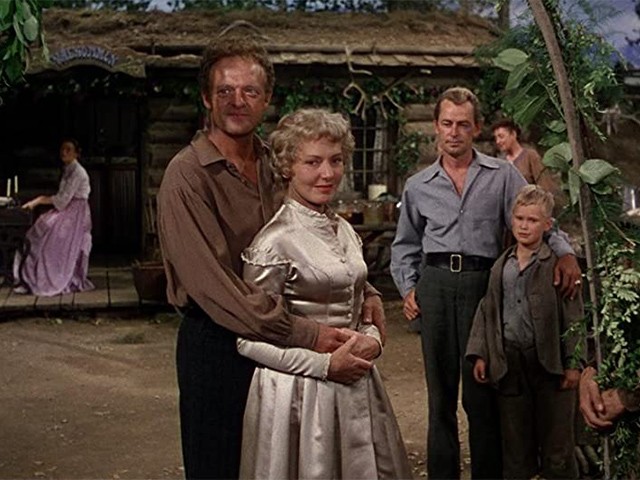 One of the golden era’s most appealing leading ladies was an intensely private person who lived by a code she never shared and a beat no one else ever heard.

Although she looked ten years younger than her 53 years (and would live to be 91), for her final screen appearance, Arthur reteamed with her favorite director, George Stevens, to say goodbye in one of the greatest Westerns ever made. And she’s perfect in it. Yes, she loves her bland, farmer husband (Van Heflin), and you know that under no circumstance will she ever betray him. But Shane (Alan Ladd) stirs something in her, and thanks to Arthur’s subtle and moving performance, you also know that something is going to stay stirred—and secret and something she cherishes until the day she dies. 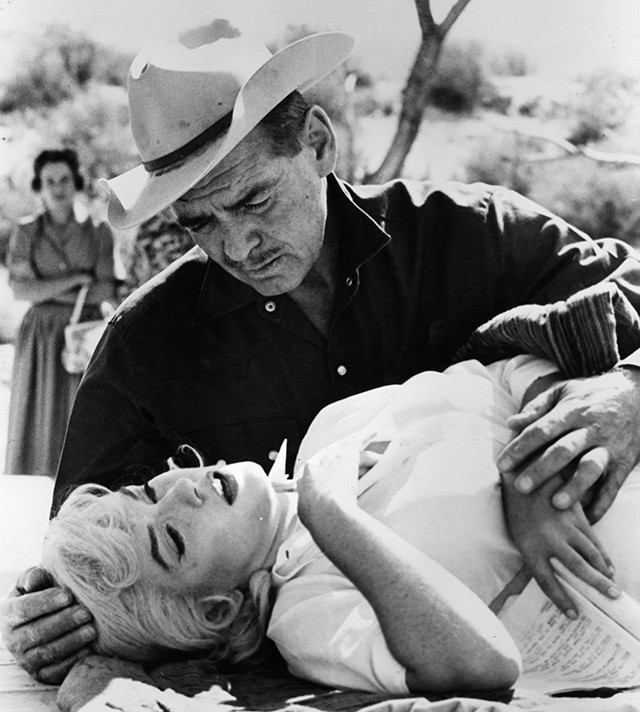 Ten days after a very tough shoot, one where the 60-year-old King of Hollywood was determined to do his stunts in 100-degree weather, Clark Gable died of a heart attack.

Written by Arthur Miller and co-starring Miller’s then-wife Marilyn Monroe (along with Montgomery Clift), this modern-day Western looks square in the eye of the passage of time and death and offered Gable a juicy role as an aging, hard-drinking cowboy eager to hold on to his identity with one more roundup. Only this one’s not really a roundup. Instead, it’s the desperate and cruel act of capturing wild mustangs and selling them cheap to be slaughtered for dog food.

This was also Monroe’s final film. 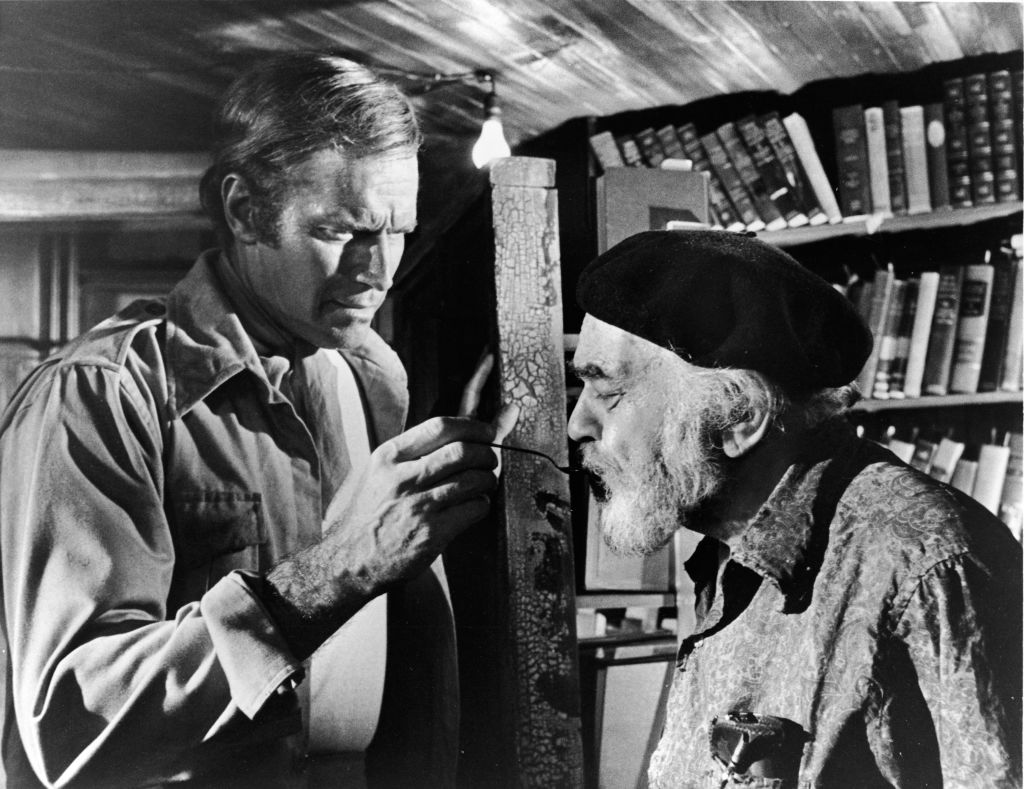 The year is 2022, and the great Eddie Robinson is Sol Roth, aka “The Book,” a researcher for his friend and roommate Frank Thorn (Charlton Heston), an NYPD detective living in an over-populated hellscape.

Desperate to see the face of God after discovering a terrible truth, Sol chooses to die by way of assisted suicide at a government clinic eager to do the assisting. And so, along with Sol,  in a very touching death scene, we also say goodbye to an exceptionally gifted actor who was also, by all accounts, a gentleman and professional. 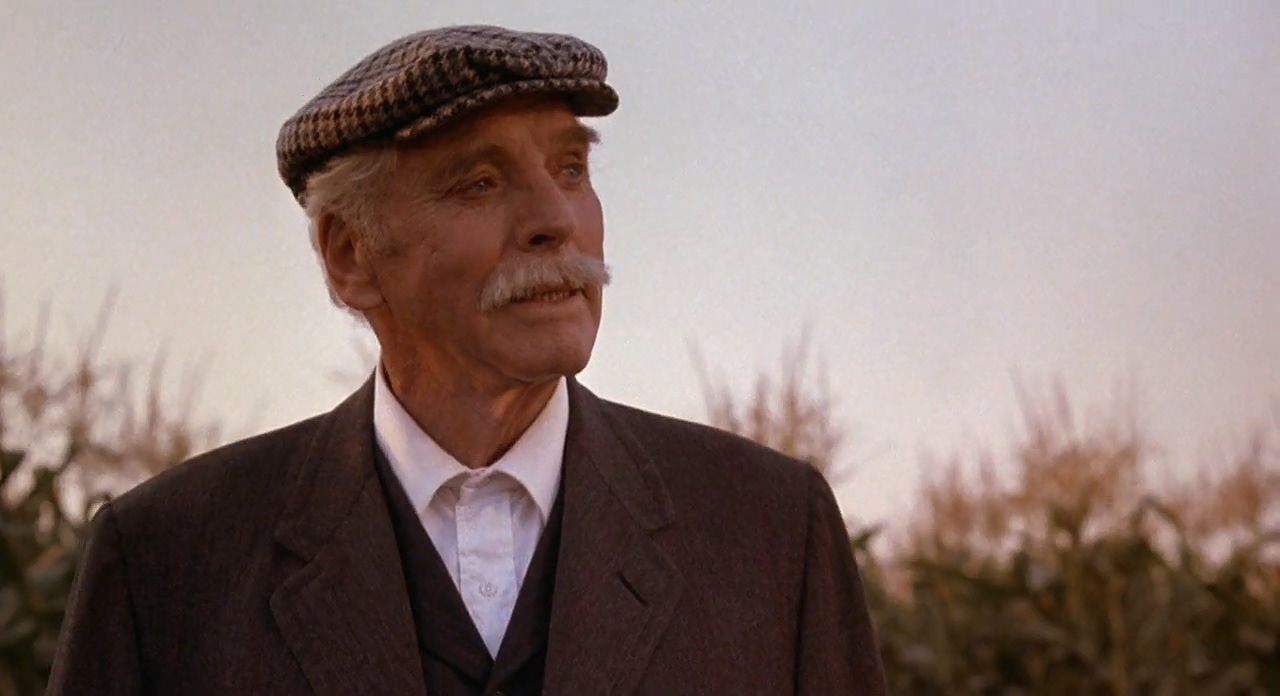 At age 76, The Mighty Burt Lancaster was perfectly cast as Dr. Archibald “Moonlight” Graham, a man well into the final act of his life and — unlike so many others — living it in full with no regrets, just beautiful memories.

That final scene. Wow. A lovely and poignant farewell to a legend.

The movie gods were looking out for John Wayne, the greatest movie star there ever was or will ever be, by gifting him with the greatest send-off in cinema history.

Everything that made John Wayne John Wayne — both the man and the screen legend — is all right there in Don Siegel’s Western. There’s the West, of course, and shootouts and a personal code; there’s the haunted past, the regrets, the cancer, and a man doing what a man’s got to do while warning the next generation to not follow in his footsteps.