Former Dancing with the Stars star Julianne Hough apologized for her 2013 Halloween costume — which included blackface — while addressing backlash over CBS new woke show, The Activist.

“After the press release announcing The Activist, I heard you say that the show was performative, promoted pseudo-activism over real activism, felt tone-deaf, like Black Mirror, The Hunger Games, and that the hosts weren’t qualified to assess activism because we are celebrities and not activists,” Hough wrote in a lengthy Instagram post on Tuesday.

Hough — alongside actress Priyanka Chopra Jonas and singer Usher — is set to be a judge on the reality show, where contestants are expected to compete in a variety of activism-themed contests, with the “winners” being sent to the G20 Summit in Italy, according to CBS’ website.

In her statement, Hough mentioned that she heard critics say there was “hypocrisy in the show,” and that “trying to value one cause over another felt like the Oppression Olympics.”

“And because of all this, there is a feeling of insult, dehumanization, insensitivity and hurt that is being rightfully felt,” she added.

Hough went on to say that the “judging aspect of the show missed the mark,” as she does not claim to be an “activist,” and therefore, is “not qualified to act as a judge.”

“On top of all this, many people are just becoming aware that I wore blackface in 2013, which only further added to insult and injury,” Hough added, noting that her 2013 Halloween costume in which she dressed as Suzanne Warren — played by Uzo Aduba — from Orange Is the Newacti Black is has resurfaced due to her involvement on The Activist.

“Wearing blackface was a poor choice based on my own white privilege and white body bias that hurt people and is something that I regret doing to this day,” Hough said. 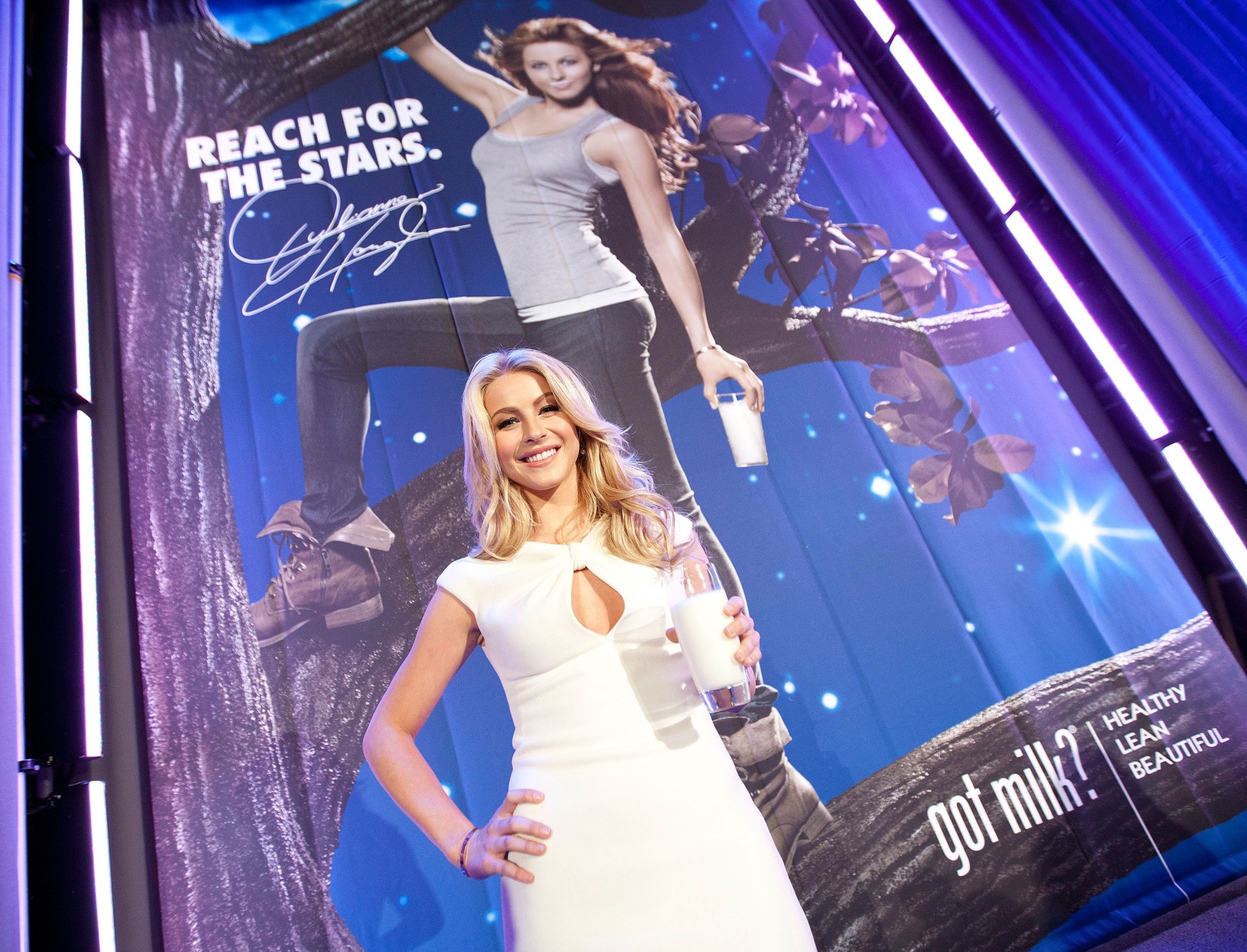 Singer Julianne Hough attends the launch of the Search For “The 9” Next Milk Mustache Stars on February 1, 2011 in New York, United States. (Christopher Polk/Getty Images)

The actress went on to clarify that the reason she joined the show “was because I was really excited to be a part of something that highlights, and is centered around sharing activists’ work on a larger platform.”

Hough insisted that she will “continue to listen, learn, and take the time to be fully present with everything” that critics have recently said, “because I don’t want to just react. I want to digest, understand, and respond in a way that is authentic.”

At the end of her statement, Hough also acknowledged that nothing she can say will make everyone happy.

“I also understand that there is no response that I could share that would make everyone happy, however, I want you to know that this is a conversation and I’m still listening,” she said.

Hough is not the only one to react to the criticism of the show.

Fellow Activist judge Priyanka Chopra Jonas has also responded to the backlash, saying, “The show got it wrong, and I’m sorry that my participation in it disappointed many of you.”

“There is a global community of activists who fight the fight every single day and put their blood, sweat, and tears into creating change, but more often than not, they are rarely heard or acknowledged,” she added. “Their work is so important and they too deserve to be recognized and celebrated.”

Amid the backlash, the show’s producers have also announced they will dramatically reformat the show, and drop the competitive elements to become a one-time documentary special rather than a five-episode series,” reports NPR.

“It has become apparent the format of the show as announced distracts from the vital work these incredible activists do in their communities every day,” said CBS and its co-producers, advocacy group Global Citizen and entertainment giant Live Nation, in a joint statement to NPR.