Actor Jeff Daniels told CBS late-night host Stephen Colbert that white Americans suffer from a “blindness” and said if they “get educated” — reading books by leftist authors like Ta-Nehisis Coates — and “accept that systemic racism exists,” we can all “welcome in a new America.”

Daniels told Colbert he was eager to get back on the Broadway stage, starring as Atticus Finch in Aaron Sorkin’s To Kill A Mockingbird. Why? To help white people view the play with a new eye toward coming to grips with and helping to solve system racism in the United States.

“I want to see what it means to walk out there as Atticus post George Floyd’s murder and basically throw what Aaron Sorkin had written,” the Dumb & Dumber star said, adding that Sorkin’s play is about “white blindness” to the plight of black people in America.

“I think the Bloody Sunday for people of color was George Floyd’s murder,” Daniels said, “and white people said ‘I had no idea we were taught one side of American history, I better look into that.'”

From there Daniels claimed that his “look into that” moment led him to delve into the works of critical race theorists such as authors Isabelle Wilkerson, Ta-Nehisis Coates, and Carol Anderson.

“We have an opportunity in this country right now to welcome in a new America,” Daniels exclaimed, before responding to Colbert’s claim that Americans need to rededicate themselves on “first principles.”

“And white people are the ones who need to hear it,” Daniels said. 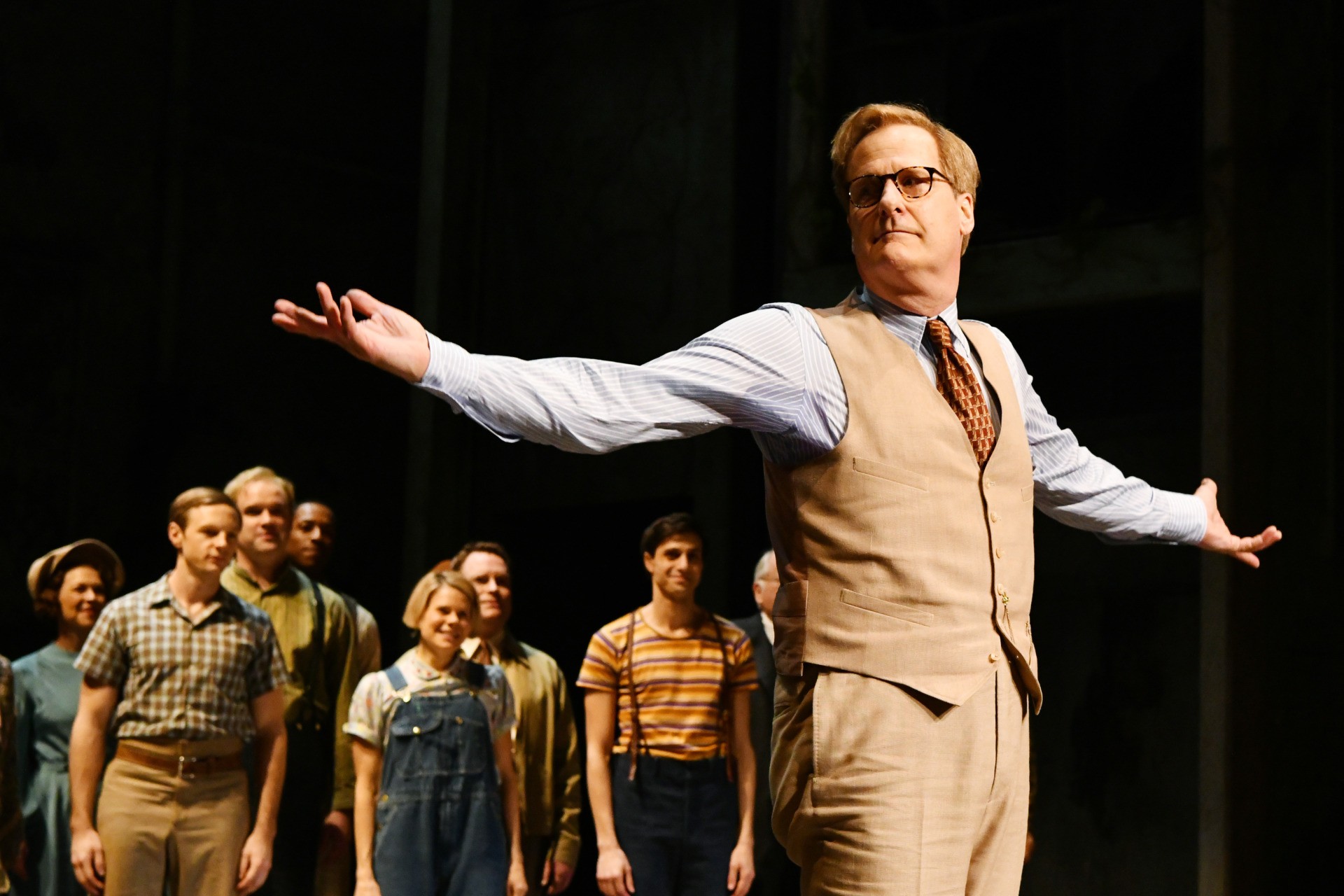 Jeff Daniels takes a bow during curtain call after the opening night performance of “To Kill A Mocking Bird” at the Shubert Theatre on December 13, 2018 in New York City. (Slaven Vlasic/Getty Images for “To Kill A Mockingbird”)

Daniels got even darker, saying one of the themes of Mockingbird is that there is “goodness in everyone.” But systemic racism in America leaves him uncertain if that’s still true.

“Is there goodness in everyone in 2021?” Daniels asked rhetorically. “Not sure. You have to decide now if you’re for or at least [prepared to] marginalize systemic racism.”

Despite Daniels’ support for critical race theorists, not many Americans support the viewpoint, especially when it becomes indoctrination of our students.

Two recent polls showed that majorities of Americans do not want critical race theory forced upon school children. In August a Club for Growth poll found that 42 percent of respondents opposed CRT in schools while only 29 percent supported adding it to the curriculum. And in June, a YouGov poll found that 58 percent of Americans hold an “unfavorable” view of critical race theory.

Also, in August, the leader of a new black movement group that celebrates the nuclear family blasted critical race theory “weaponizing” black children by keeping them in failing schools and grooming them in how to “undermine America.”

TakeCharge President Kendall Qualls said in a posting to the movement’s website that the left’s opposition to school choice is part of a “strategy to “successfully weaponize’ these young people.”