Catholic actor and film director Mel Gibson expressed his support for the views of outspoken Archbishop Carlo Maria Viganò, who recently condemned Pope Francis as “the head of the most extremist faction of progressivism.”

In a pre-recorded video message played Friday during a “Rally and Rosary of Reparation” event, Gibson, director of The Passion of the Christ and its upcoming sequel, said “a very deep sickness afflicts the Church.”

Mel Gibson has had enough. pic.twitter.com/pVrqcgSlEd

The event, as LifeSiteNews reported, was hosted by the Coalition for Canceled Priests in Lincoln Park, Chicago, organized in response to LGBTQ activist Cardinal Blase Cupich’s reported move to allow non-Catholic Chicago Mayor Lori Lightfoot, a lesbian in a same-sex “marriage,” to receive Holy Communion at a funeral Mass in August.

Gibson gave support to orthodox priests who are being persecuted by “their own bishops,” he said, referring to the bishops as “a pack of men who generally passively sit by and tolerate any kind of nonsense but if one of their priests utter something that resembles orthodoxy … they spring into action, they reprimand him, and they bully him, and do their best to cancel him, and … drum him out of the service.”

“That’s a grave injustice, and it’s kind of white martyrdom,” Gibson continued. “And it’s nothing new … And it’s a symptom. It’s a symptom of a very deep sickness that afflicts the Church. It did not happen overnight.” 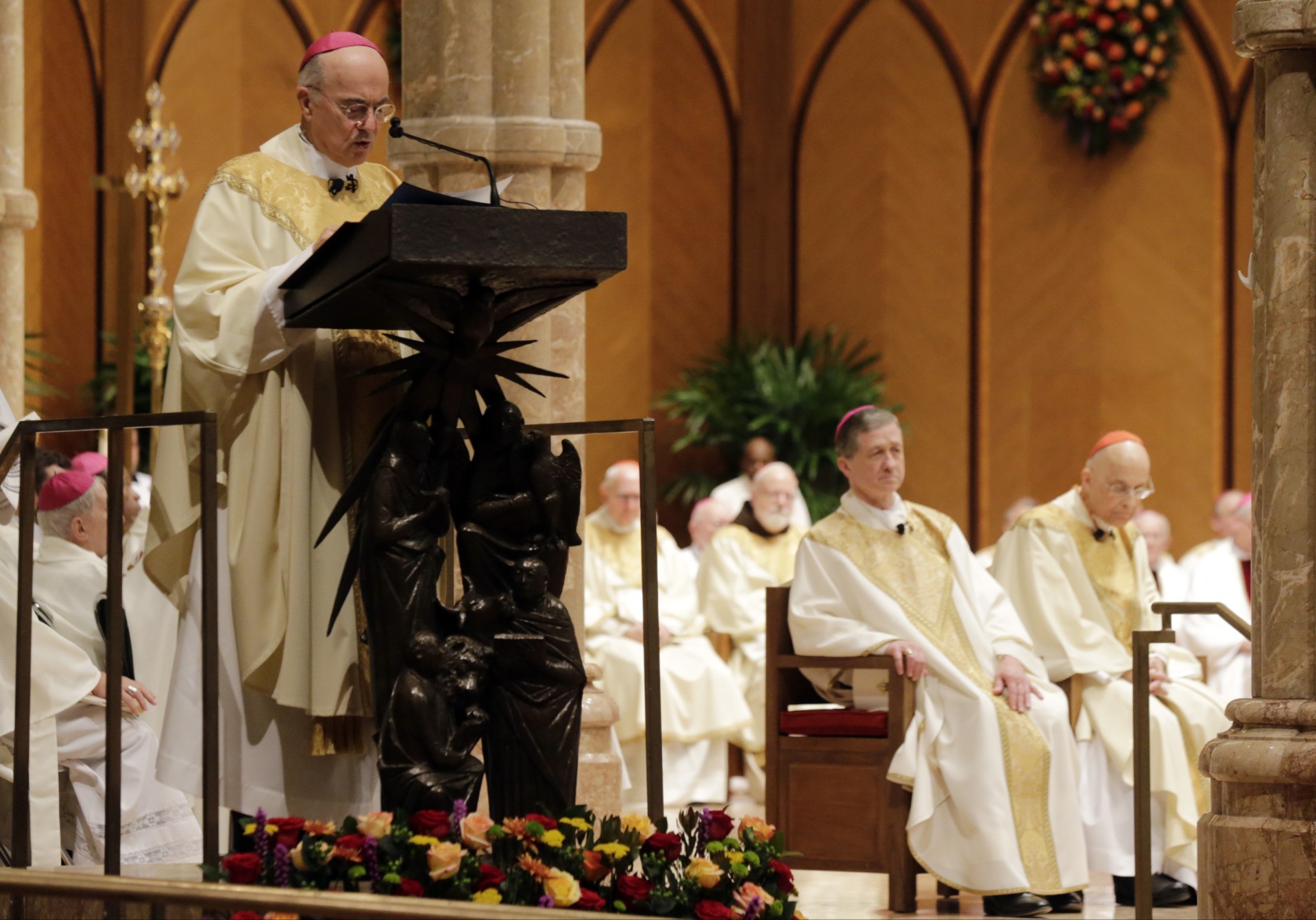 The famed director said he agreed with the views of the candid Viganò.

“If anyone’s familiar with the missives of Archbishop Viganò … he says … the seeds of erosion of the church were sewn up with the reforms of Vatican II, and I agree with him,” Gibson asserted. “He suggests even that we scrap the whole thing and go back and do it the way it was before.”

Gibson then discussed his own “run-in” with the Catholic bishops:

I remember when I directed The Passion I went to the USCCB [U.S. Conference of Catholic Bishops] to get support for the film. And those men couldn’t get away from me fast enough, and all but a few of them turned their back on me, and it was, it was pretty telling about who they were, a pretty insipid bunch, and it doesn’t look like anything’s changed.

I remember back in the 70s, old priests, good priests who were bullied and persecuted by the bishops, there was a rash of it back then, also, and it was because they … wanted to maintain what it was that they were ordained to do, they didn’t want to go along with the new liturgy and the reforms of Vatican II, and so they were really heavily leaned on.

Gibson said the Traditional Latin Mass “was never abrogated, the old Mass, it still hasn’t been.”

“But they were bullied and badgered and put in insane asylums and you know it was pretty sad to watch,” he said of the orthodox priests. “And this kind of thing is now happening again.”

“So, how are we supposed to know the good guys from the bad guys?” he posed the question:

Well, we were given a standard by which to judge them, you know by their fruits, you will know them by their fruits. Anybody seen any good fruit lately? It’s tough. And look, I’m a pretty sinful guy, I mean I’m as venal as the next guy, but I know the difference between a shepherd, and a hireling, and I think that the vast majority of these bishops are just a bunch of hirelings … And my question is, you know, like, who’s hiring them? I don’t think it’s Jesus. Is it, Francis? Who’s hiring Francis?

Citing Viganò, Gibson said the former papal nuncio to the United States, “believes that there was a parallel, counterfeit church set up to eclipse the real one.”

“He’s suggesting usurpation, or an inside job,” he added. “It seems that way.”

“Of course, we know the gates of hell will not prevail against it,” the director concluded, encouraging his listeners. “You know, the victory is God’s not ours. And it will flourish, if we keep it in our hearts, it can flourish in our hearts and keep the faith.”

Viganò delivered a firm rebuke of Pope Francis in late July, when he posted a message to YouTube in the wake of Francis’ letter in which he restricted the use of the Traditional Latin Mass, which Viganò referred to as the “highest and most sacred expression of prayer.”

Without sparing any words, Viganò said Francis has assumed a “dual role as pope and liquidator of the Catholic Church,” one that “allows him on the one hand to demolish it with decrees and acts of governance, and on the other hand to use the prestige that his office entails to establish and spread the new religion over the rubble of the old one.”

Viganò accused the pope of nothing less than outright hypocrisy:

Not only does Bergoglio not condemn the errors of the present time, but he actively seeks to disseminate these errors, to promote them, to encourage their supporters, to spread them to the greatest possible extent and to host events promoting them in the Vatican, simultaneously silencing those who denounce these same errors.

“We have come to the point that even simple people with little knowledge of doctrinal issues understand that we have a non-Catholic pope, at least in the strict sense of the term,” Viganò declared.