“The 2021 summer box office was unlike any ever seen, defined more by a still-raging pandemic than by the blockbusters that graced the big (and small) screen,” reports the far-left Wrap. “But as the season ended with Labor Day weekend, it’s clear that a lot of progress has been made by studios and ailing movie theaters — but there’s still a long way to go, as year-to-date totals remain 72% behind 2019.”

Nothing’s more fascinating than watching the sycophantic media cover the box office. Depending on the day, it’s either The box office is back, baby! or Uhm, the pandemic is why this movie flopped.

There’s just no intellectual or data-driven consistency. On the one hand, these sycophants want to juice people to return to the theater (back baby!), while on the other, they want to make excuses for why so many titles flopped with excuses that always ignore the quality and/or obnoxious politics of that specific title.

A perfect example is both of this summer’s Marvel movies…

On July 7, Black Widow opened to $80 million domestic over a three-day weekend (Friday, Saturday, Sunday). Due to their projections, the sycophantic entertainment media had no choice but to declare that the $80 million was a disappointment — but! — they blamed it all on the pandemic and the fact Black Widow was released on Disney’s premium streaming service the same day it was released in theaters.

Fast forward to September 1, and Marvel’s Shang-Chi and the Legend of the Ten Rings opens to just $75 million over the three-day weekend, and the headlines are all The box office is back, baby! Further, Shang-Chi was not released as a streaming title and won’t be for another 45 days. 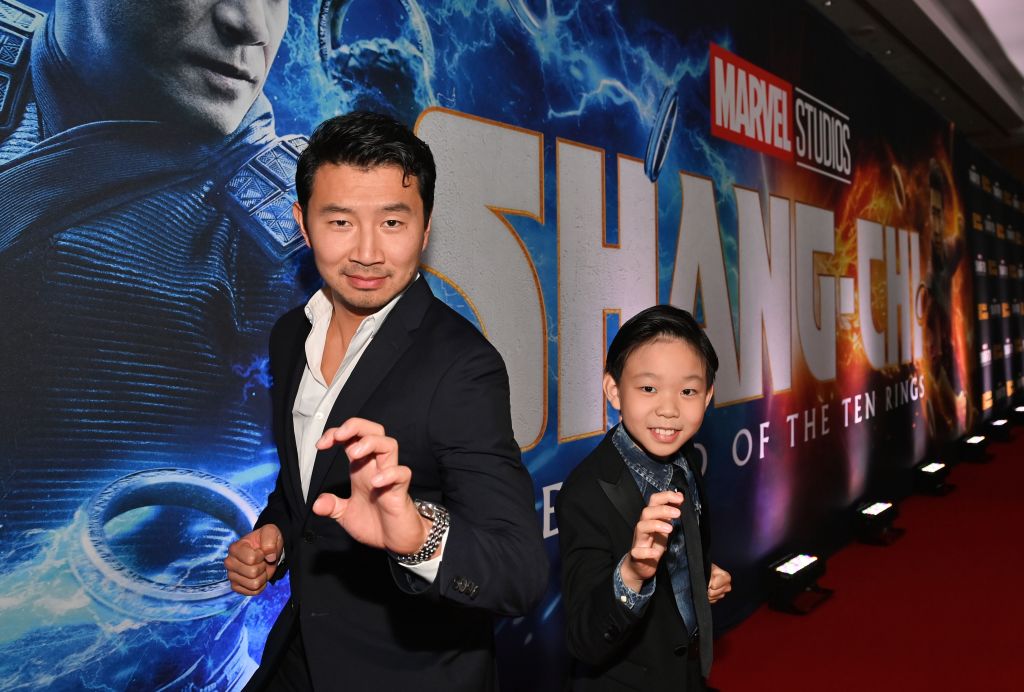 Simu Liu and Jayden Zhang attend the Toronto Premiere of ‘Shang-Chi and the Legend of the Ten Rings’ at Shangri-La Hotel on September 01, 2021 in Toronto, Ontario. (Photo by Ryan Emberley/Getty Images for Disney)

So Shang-Chi earned less money than Black Widow and did not face the disadvantage of being released as a streaming title on the same day it was released in theaters, and Shang-Chi is a big hit? The box office is back, baby?

See what I mean? It’s all bullshit. By any measure, Black Widow was a bigger box office success. It made more money on its opening three-day weekend even though it had the disadvantage of a same-day premium streaming release…

What’s more, Shang-Chi has the fifth-worst opening of the two-dozen titles in the Marvel Cinematic Universe (two notches worse than Black Widow). So why was it spun into a big success? Well, that’s what Disney demands. Disney can’t have two Marvel titles in a row disappoint, even though two titles in a row did, so the water carriers carry the water.

Something else the entertainment never explains is why some titles, like A Quiet Place: Part II, Free Guy, and Candyman, all opened to about where we would have expected pre-pandemic. So if those three titles can do it, why couldn’t the others?

I’m not saying the pandemic is not contributing to lower box office results, but why won’t the entertainment media admit that bad movies and their obnoxious woke politics might also be contributing to the lower box office results? According to the media, every movie that flops is a victim of anything and everything but its own appeal or lack of appeal.

These entertainment outlets have no credibility, and Hollywood’s problems will not get fixed until someone has the courage to stage an intervention by reporting the truth.