LOS ANGELES (AP) — Britney Spears’ father filed Tuesday to end the court conservatorship that has controlled the singer’s life and money for 13 years.

Judge Brenda Penny, who oversees the case, will need to approve the move.

Britney Spears attorney Matthew Rosengart said in an email the filing “represents another legal victory for Britney Spears — a massive one — as well as vindication for Ms. Spears.”

James Spears had been the target of much of the anger surrounding the conservatorship from both his daughter and the public.

A petition from Britney Spears’ attorney to remove him was to be heard at the next hearing in the case on Sept. 29. 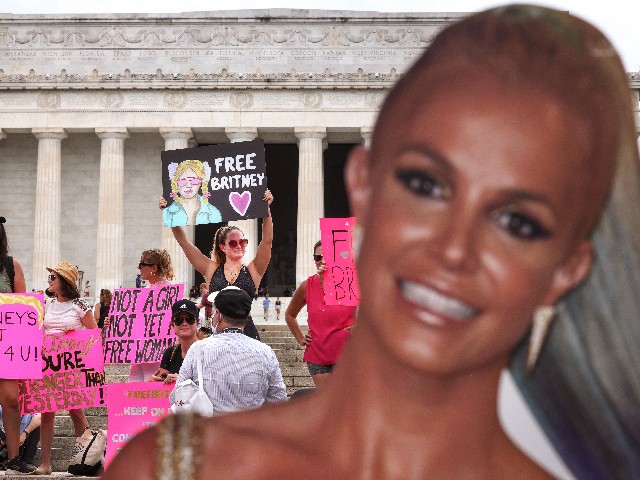 Supporters of pop star Britney Spears participate in a #FreeBritney rally at the Lincoln memorial on July 14, 2021 in Washington, DC. The group is calling for an end to the 13-year conservatorship lead by the pop star’s father, Jamie Spears. (Kevin Dietsch/Getty Images)

James Spears said in a filing on Aug. 12 that he was planning to step down as the conservator of her finances, but offered no timetable. He gave up his control over her life decisions in 2019, keeping only his role overseeing her money.

He has repeatedly said there is no justification for his removal, and he has acted only in his daughter’s best interest.

The conservatorship was established in 2008 when Britney Spears’ began to have very public mental struggles as media outlets obsessed over each moment, hordes of paparazzi aggressively followed her everywhere, and she lost custody of her children.

Tuesday’s filing cites how Britney Spears’ “impassioned plea” to end the legal arrangement in a June 23 speech in court gave a jolt to those who wanted to see her freed from it, quoting from the transcript of that afternoon.

“I just want my life back,” Britney Spears said. “And it’s been 13 years and it’s enough. It’s been a long time since I’ve owned my money. And it’s my wish and my dream for all of this to end without being tested.”

Tuesday’s filing notes that Spears said she did not know she could file a petition to end the conservatorship, which she has yet to do. It says that Penny’s decision to allow her to select Rosengart as her attorney demonstrates that the court trusts her with major choices. And it says evidence shows she has apparently “demonstrated a level of independence” by doing things like driving herself around Southern California.

It also cites her desire to make her own decisions on therapy and other medical care.

Spears had said in her June 23 speech that she was being compelled under the conservatorship to take certain medications and to use an intrauterine device for birth control against her will.

James Spears called for a court investigation of these and other allegations, saying they were issues that were beyond his control because he had stepped down as conservator of his daughter’s person, handing the role off to court-appointed professional Jodi Montgomery.

Rosengart said when he was hired in July that he intended to help end the conservatorship, and questioned whether it needed to be established in the first place, though he had not yet filed to terminate it.

He said instead that his first priority was getting rid of James Spears, whom he challenged to resign on the spot in his first appearance before the court. 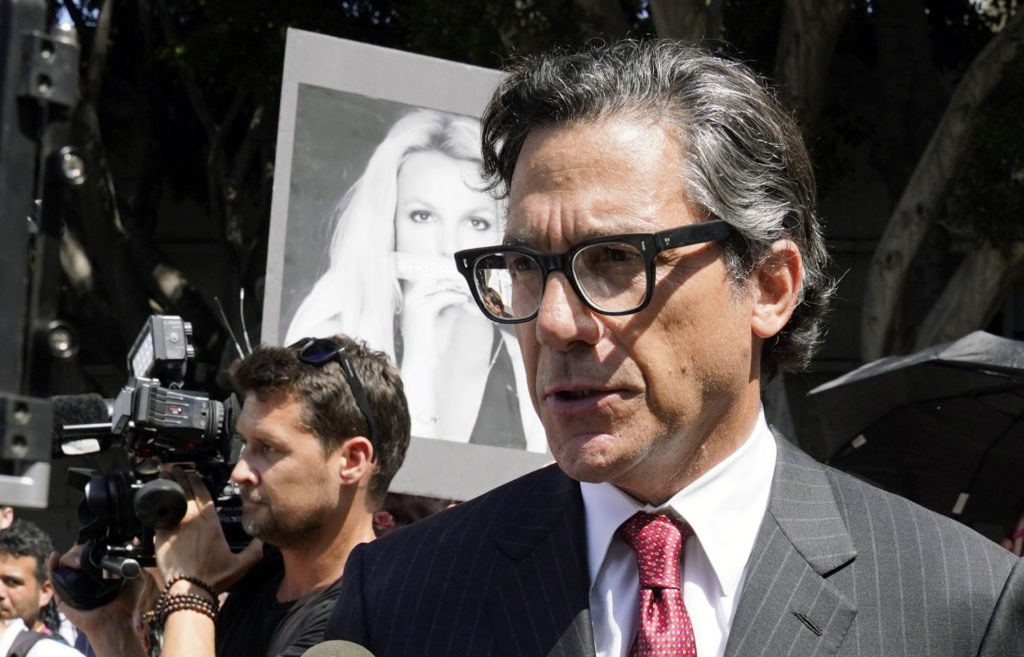 Britney Spears’ newly appointed lawyer Mathew Rosengart is interviewed outside the Stanley Mosk Courthouse following a hearing concerning the pop singer’s conservatorship, Wednesday, July 14, 2021, in Los Angeles. Spears was granted permission by a judge to hire a lawyer of her own choice. (AP Photo/Chris Pizzello)

In his email responding to the request to terminate, Rosengart indicated that his tactics wouldn’t change.

“It appears that Mr. Spears believes he can try to avoid accountability and justice,” Rosengart said, “including sitting for a sworn deposition and answering other discovery under oath, but as we assess his filing (which was inappropriately sent to the media before it was served on counsel) we will also continue to explore all options.”

Spears gave the conservatorship’s initial existence credit for keeping her career afloat, though she has now put her work entirely on hold for more than two years.

Fans objecting to her circumstances and seeing what they believed were pleas for help in the pop star’s Instagram posts began calling online to #FreeBritney, and began appearing outside her court hearings to protest.

Famous names from Miley Cyrus to Britney Spears’ ex Justin Timberlake have joined the outcry in recent months, especially after Spears’ pair of passionate speeches to the court in June and July.

Penny, the judge with the ultimate power over the conservatorship, has not appeared inclined to end it before, but she has also never been presented with such a clear opportunity.