Hollywood elites including Steven Spielberg, Jeffrey Katzenberg, Rob Reiner, and Barbra Streisand are pouring money into California Gov. Gavin Newsom’s (D) effort to beat the state’s recall election. The race is shaping up to be a nail-biter that could see voters removing the incumbent governor — who is beloved among showbiz leftists — and replacing him with a Republican. 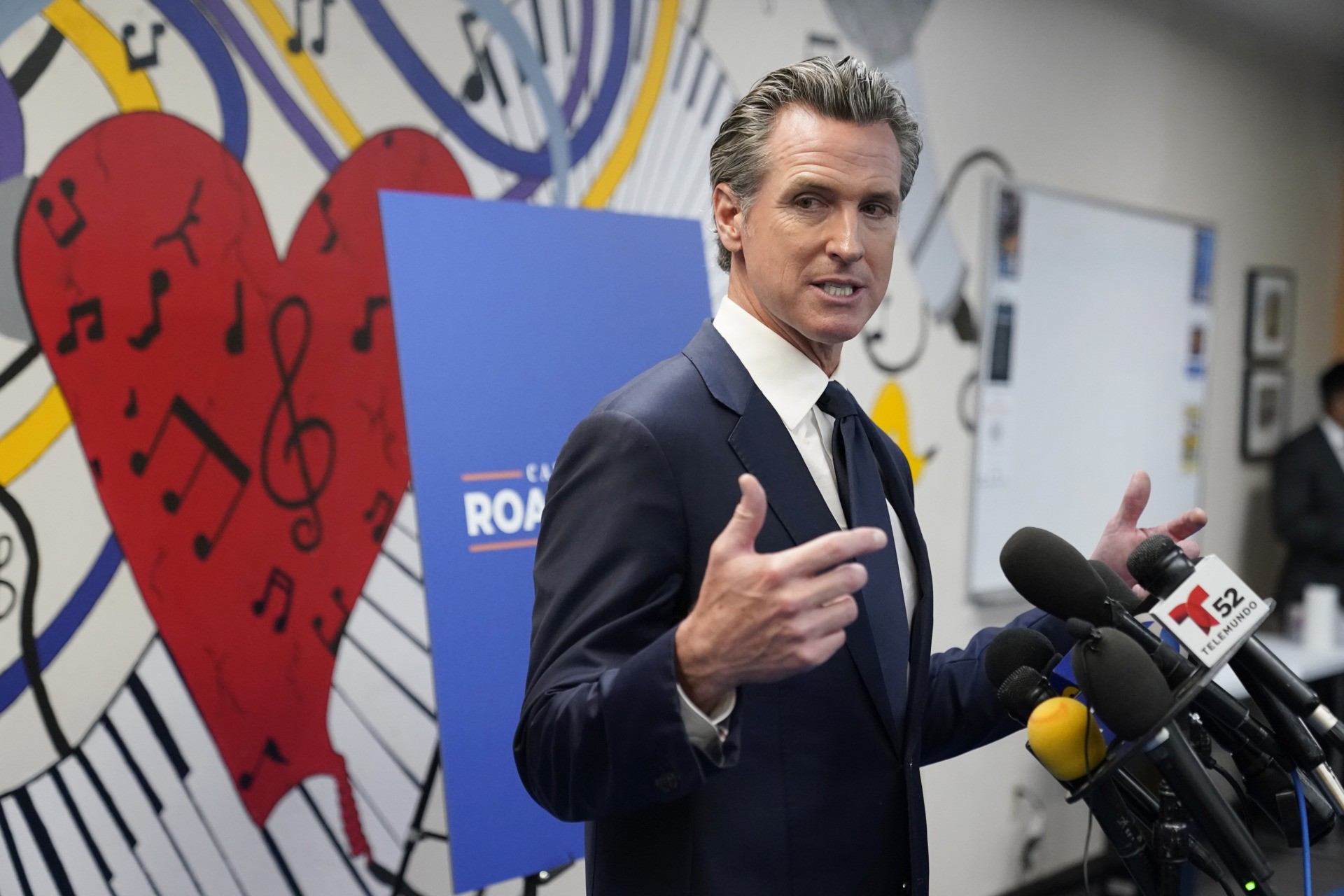 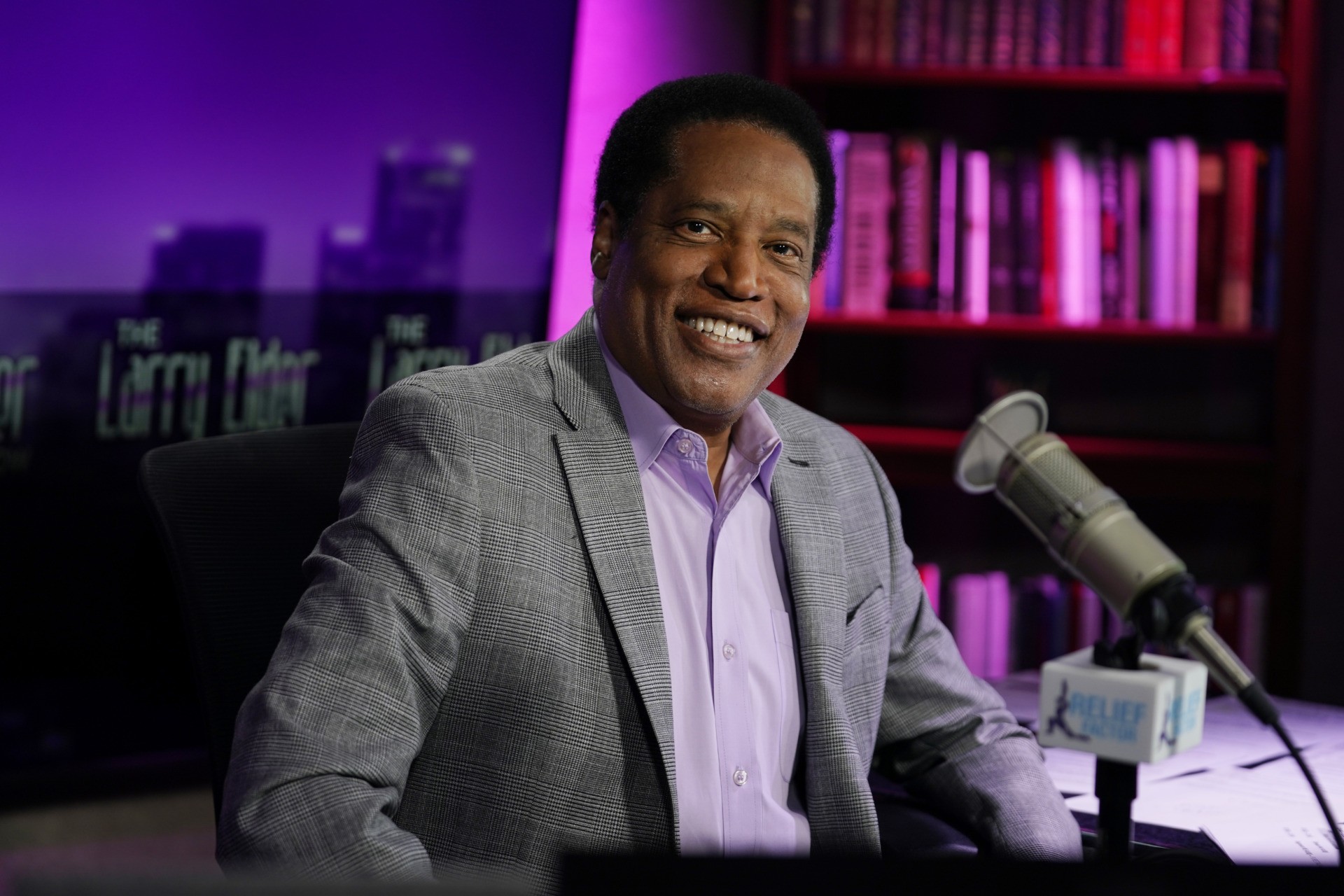 Steven Spielberg recently donated a cool $25,000 to the Stop the Republican Recall of Governor Newsom committee, while his former DreamWorks partner Jeffrey Katzenberg was in a more generous mood, forking over $500,000, according to publicly available state records. 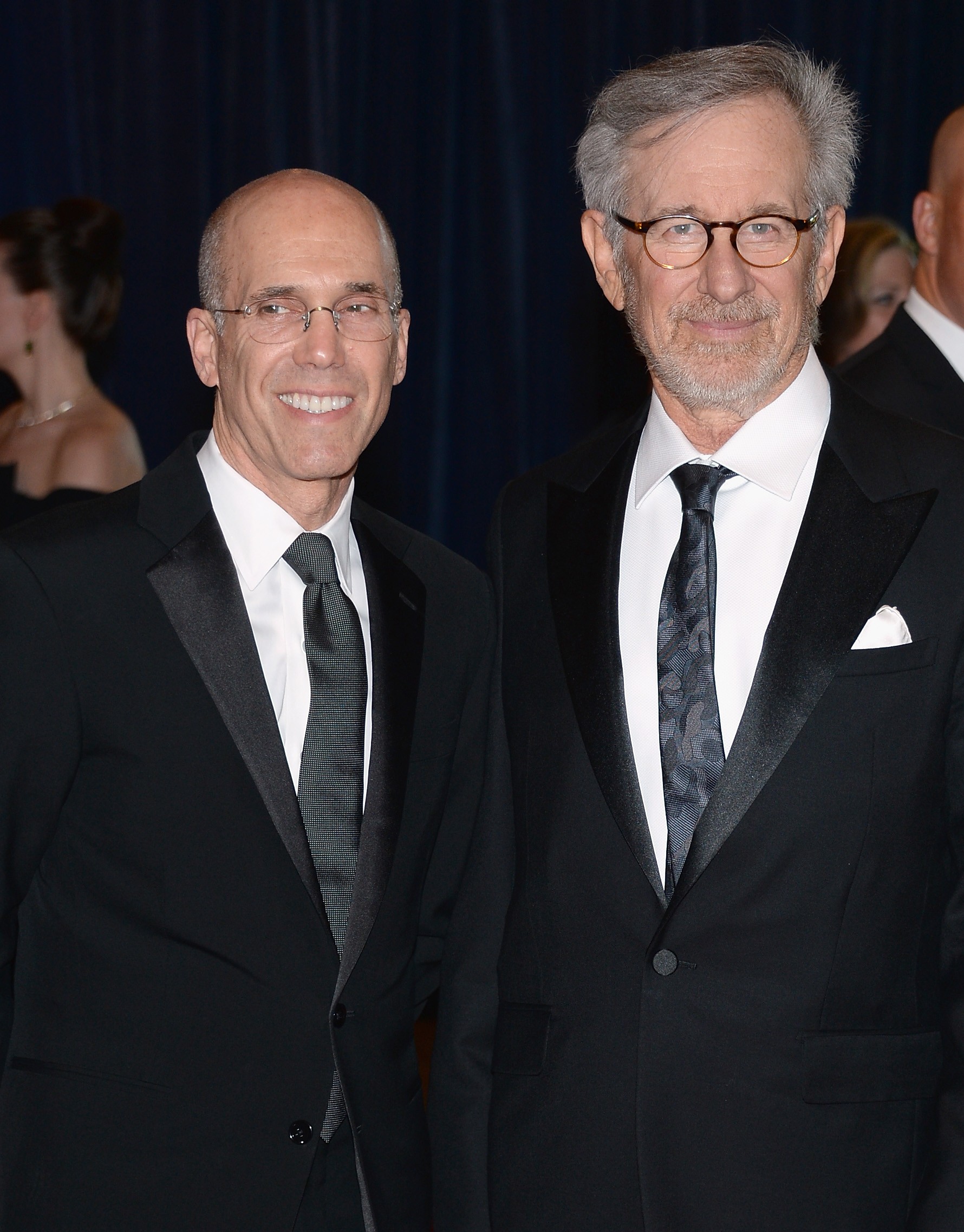 Casey Wasserman, who helped organize the event, donated $100,000 to the committee while Byron Allen stepped in with $10,000.

As Breitbart News reported, the largest donation so far has come from Netflx’s Reed Hastings, who dropped a whopping $3 million on the pro-Newsom committee back in May.

Gov. Newsom is feeling the heat from Republican challenger Larry Elder, who has been gaining steam among voters fed up with the state’s spiraling homelessness crisis, soaring cost of living, and fires burning across hundreds of thousands of acres in Northern California. 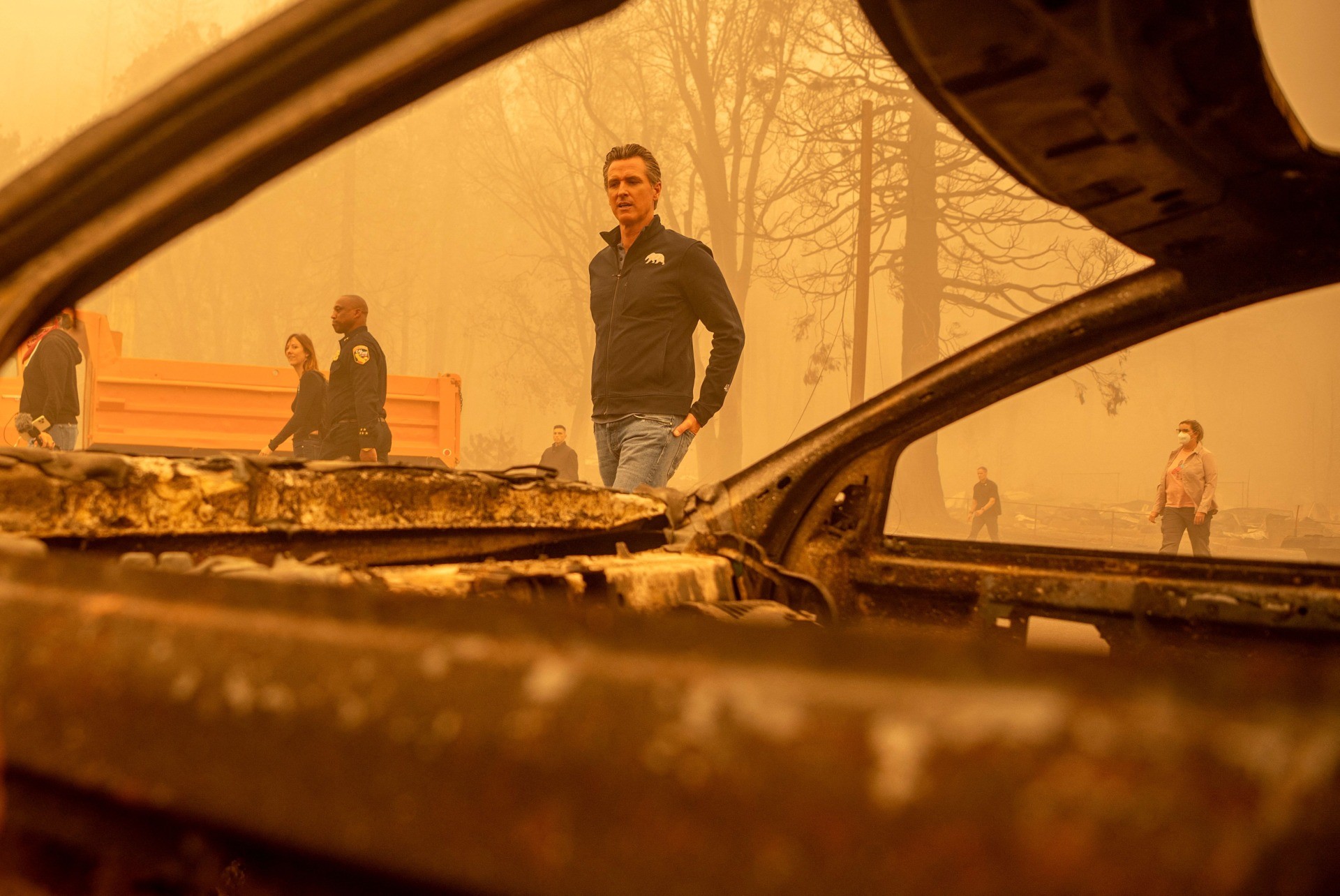 California Governor Gavin Newsom (C) walks by a burned vehicle in downtown Greenville, California on August 7, 2021. – The Dixie fire has now burned more than 430,000 acres and is the largest single fire in California state history. (JOSH EDELSON/AFP via Getty Images) 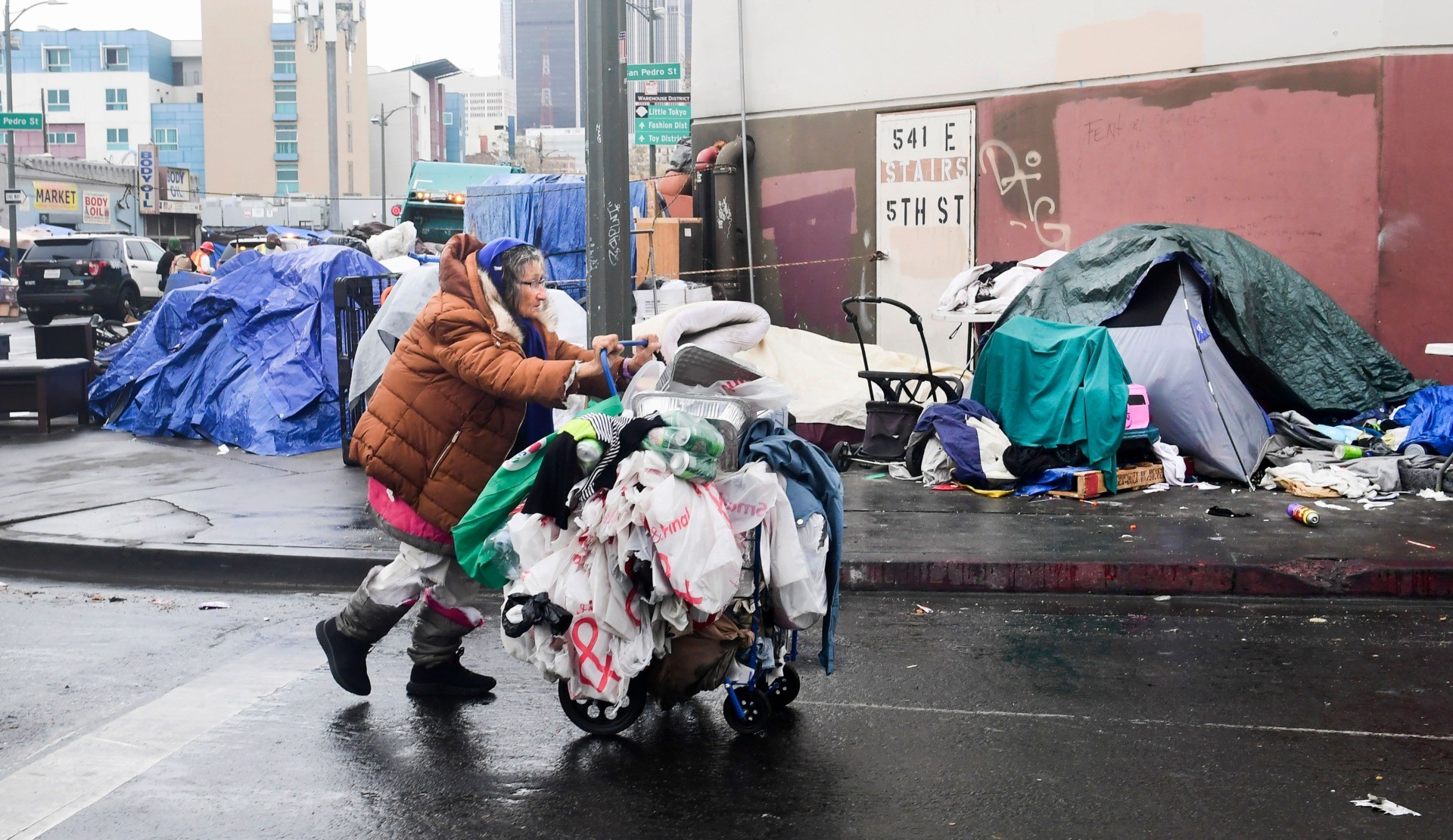 A homeless woman pushes her belongings past a row of tents on the streets of Los Angeles, California on February 1, 2021. (FREDERIC J. BROWN/AFP via Getty Images)

Newsom is fairing especially poorly among Latino voters, a demographic Democrats have long taken for granted.

A recent Emerson College poll showed that 54 percent of likely voters who are Hispanic wanted to recall Newsom, while only 41 percent wanted to retain him.

The close race has prompted left-wing billionaires from California and beyond to whip out their checkbooks. George Soros has given $250,000 to the pro-Newsom committee while Laurene Powell Jobs has donated $200,000 at least twice.

Stewart and Lynda Resnick — the couple behind the Fiji Water and the POM Wonderful brands — have given $250,000 to help Newsom. Philanthropist Susan Pritzker donated $100,000.

Other notable figures backing Newsom include Los Angeles-based starchitect Frank Gehry, who has given $50,000 to the committee, and Priscilla Chan — the wife of Facebook’s Mark Zuckerberg — who donated $750,000.