Four new films with major stars from Hugh Jackman to Michael Keaton opened in North American movie theaters this weekend and only the one with animated puppies fared well. But it wasn’t enough to beat out Ryan Reynolds’ action-comedy “Free Guy,” which topped the charts for the second weekend running.

“PAW Patrol: The Movie,” a Paramount release targeted at very young kids that’s also streaming on Paramount+, earned $13 million in ticket sales according to studio estimates Sunday. It was by far the best of the new openers, which included three adult-skewing films that failed to find significant audiences: The action pic “The Protégé,” with Keaton and Maggie Q, the sci-fi thriller “Reminiscence,” which is also streaming on HBO Max, and the well-reviewed Rebecca Hall horror “The Night House.”

First place went to “Free Guy,” a 20th Century and Disney release that’s playing exclusively in theaters. It dropped a miniscule 34% and added $18.8 million this weekend, bringing its global total to $112 million. The studio attributed the strong hold to good word of mouth.

“’Free Guy’ is a movie that harkens back to the days when strong word of mouth and a really engaged star, Ryan Reynolds, combine to make for a great theatrical-first release,” said Comscore senior media analyst Paul Dergarabedian. “It shows that a theatrical-first release even in today’s unusual marketplace can have legs. It feels very 2019, not pandemic-era.”

The relative success of “PAW Patrol” came as a bit of a surprise, even to those involved. Although the movie is based on an immensely popular Nickelodeon series, its target audience of under 6-year-olds is a wild card. Delta variant concerns and its availability to stream at home made it even more of a moving target.

Chris Aronson, the president of domestic distribution for Paramount Pictures said the weekend was a “Very nice, very pleasant surprise.”

“It’s a younger skewing audience and we’re in interesting times, but I think our marketing teams, both on our side and the exhibition side, did a terrific job at getting the message out,” Aronson said. “The pups are very beloved and have a very, very loyal audience.”

The studio said the audience who turned out to theaters was diverse (41% white, 34% Hispanic and 20% Black) and predominately comprised of families with very young children. Aronson also noted that for the younger kids, “PAW Patrol” is likely their first experience in a movie theater ever. 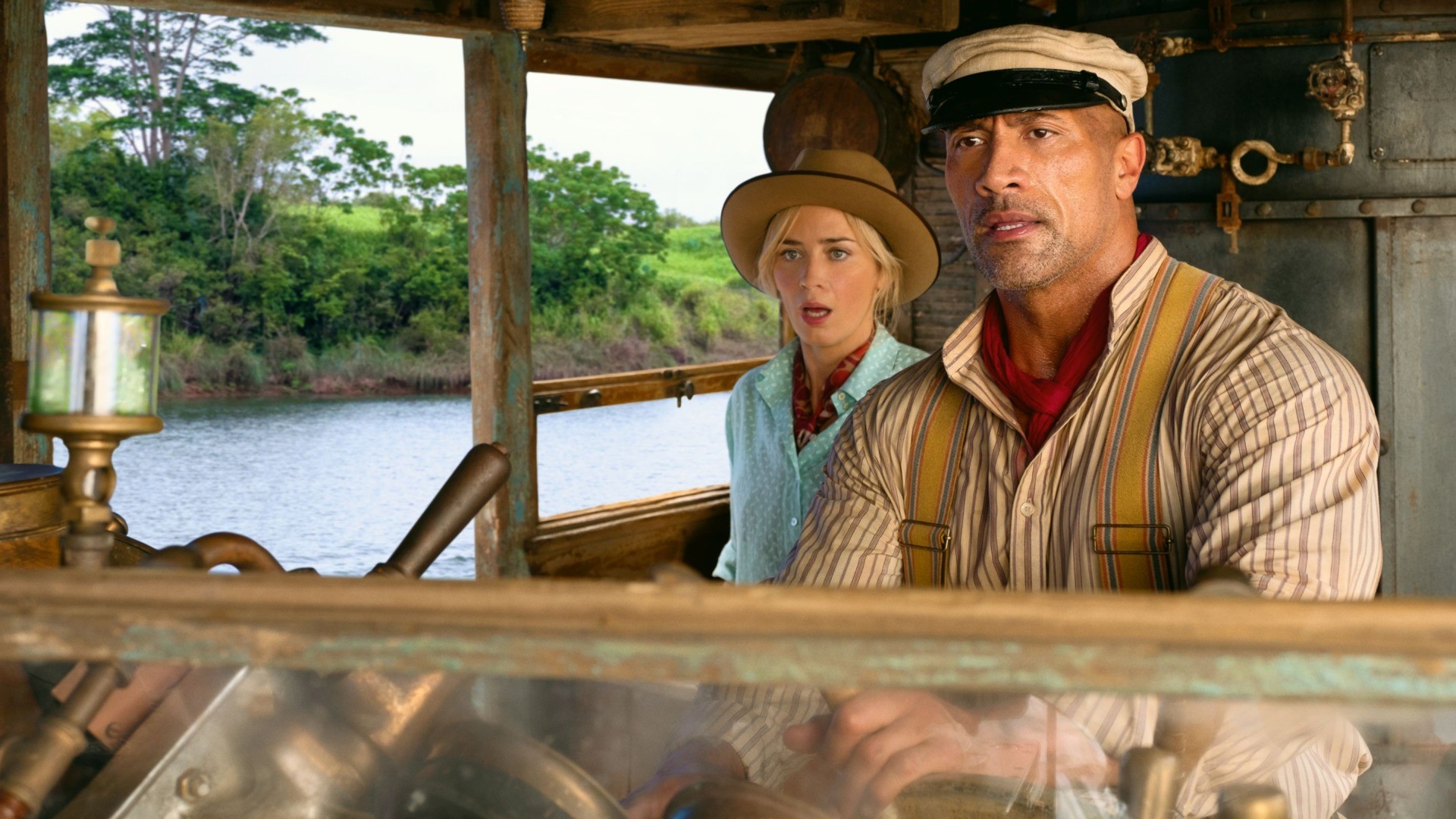 Disney’s “Jungle Cruise,” which is available to rent on Disney+ for $30, landed in third place in its fourth weekend in release. So far, the Dwayne Johnson and Emily Blunt action-adventure has grossed $174 million globally.

Searchlight’s “The Night House,” which was very well-reviewed, didn’t connect with its opening weekend audience, who gave it a C- CinemaScore. The indie horror about a recently widowed woman played by Hall grossed an estimated $2.9 million from 2,240 locations.

Meanwhile, “Reminiscence” with Jackman, Rebecca Ferguson and Thandiwe Newton fizzled with only $2 million from 3,265 locations. The directorial debut of “Westworld” co-creator Lisa Joy, “Reminiscence” is also streaming on HBO Max.

It’s one of several Warner Bros.’ adult-skewing films that have underwhelmed with the hybrid release strategy, including the thrillers “Those Who Wish Me Dead,” with Angelina Jolie and “The Little Things,” with Denzel Washington. The studio is releasing all of its 2021 slate on HBO Max and in theaters simultaneously.

“I think there is a consumer confusion,” Dergarabedian said of the many hybrid release strategies. “When people are faced with myriad options, they have to figure out how when and where they can get that content. To rise above the noise, you really have to have a film that’s buzzworthy. ‘Free Guy’ is that buzzworthy movie and it’s only available in theaters.”

Estimated ticket sales for Friday through Sunday at U.S. and Canadian theaters, according to Comscore. Final domestic figures will be released Monday.