Actress and activist Rose McGowan called out left-wing Hollywood elites and Democrats — including Alyssa Milano and Gov. Andrew Cuomo (D), whom she called “lizard people,” after it was revealed that two founders of the Time’s Up movement were in communication with the Cuomo administration, appearing to offer advice as the Democrat governor faced mounting allegations of sexual harassment.

“Remember when Hollywood actresses and paid-off activists wore stupid black dresses at the Oscars? That was sponsored by Time’s Up who were meant to help abuse victims,” the Charmed star said. “I told the world they are a lie 3+ years ago. I was mocked & harassed by so many who want to believe the illusion.” 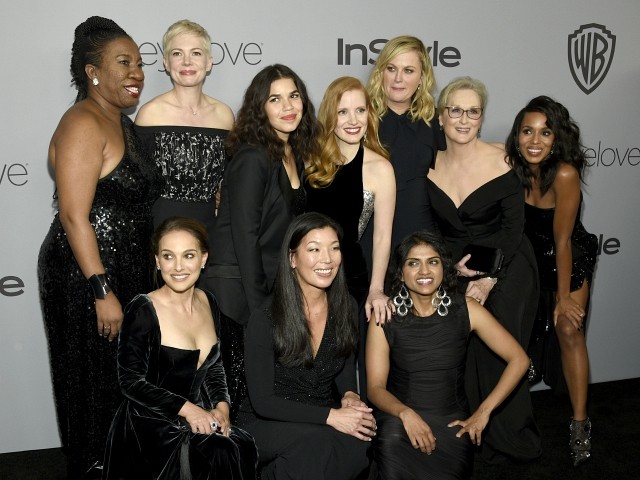 “Wake up. Hard truths are inconvenient & uncomfortable. So what, suck it up. Milano, TimesUp, fake performatives and profiteers,” she said, calling out activist-turned-activist Alyssa Milano, specifically. “Alyssa’s statement at the time was gaslighting in full effect. She said of my truth-telling ‘Hurt people hurt people.’ No, Alyssa, it’s lizard people like you, SDK Knickerbocker, Gov Cuomo, the Pres, Tina Chen who hurt people. Your time is up. Exit stage left.”

The report concluded that Cuomo “sexually harassed current and former New York State employees by engaging in unwelcome and nonconsensual touching and making numerous offensive comments of a suggestive and sexual nature that created a hostile work environment for women.”

Additionally, the attorney general’s report suggested that two of the founders of the Time’s Up movement assisted Cuomo as he faced the mounting allegations.

“The letter denied the legitimacy of Ms. Boylan’s allegations, impugned her credibility, and attacked her claims as politically motivated (including with theories about connections with supporters of President Trump and a politician with an alleged interest in running for Governor),” James explained.

“According to Ms. DeRosa, Ms. Kaplan read the letter to the head of the advocacy group Times Up [Tchen], and both of them allegedly suggested that, without the statements about Ms. Boylan’s interactions with male colleagues, the letter was fine,” James added.

The Time’s Up movement told the Hollywood Reporter that the organization did, in fact, work with the embattled governor to “pass the Time’s Up/NY Safety Agenda” and admitted such communication.

“In December 2020, Tina was asked to give her perspective on a public response to Ms. Boylan’s allegations. … Although Tina made no recommendations as to what he should do, she shared the stance Time’s Up has always taken in these matters,” the statement read. “She was clear that any response coming from the Governor’s office addressing the allegations would be insufficient and unacceptable if it did not acknowledge the experiences of the women who came forward, and that it should in no way shame or discredit the women.”

Cuomo has continued to deny the allegations against him, even in light of the damning report.

This is far from the first time McGowan has called out Democrats for failing to live up to their own self-professed standards, blasting Cuomo on Tuesday following the attorney general’s explosive report.

“A message for some trash in NY,” McGowan captioned in a video, delivering a pointed message to the governor: “Governor Andrew Cuomo, can’t you stop being a prick? Go home.”

A message for some trash in NY pic.twitter.com/oqTJsm0r5x