CLAIM: Actress Kerry Washington claims “black and brown voters are being specifically targeted” with election integrity laws, which she asserted are forms of “voter suppression.”

In a message to her 5.5 million Twitter followers on Monday, the Scandal star said “Black and Brown voters are being specifically targeted when it comes to voter suppression.” 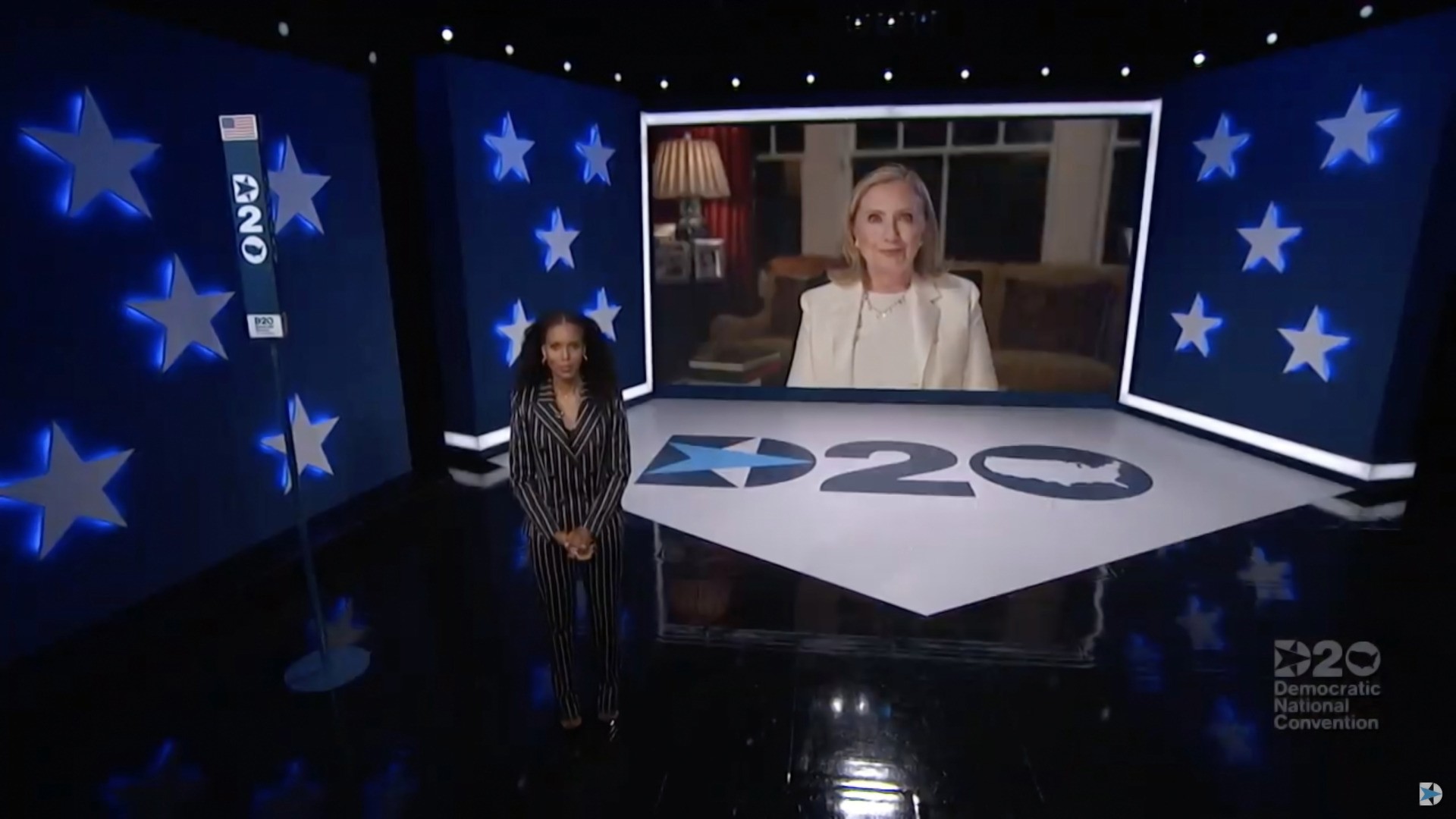 In this screenshot from the DNCC’s livestream of the 2020 Democratic National Convention, actress and activist Kerry Washington introduces former first lady and Secretary of State Hillary Clinton during the virtual convention on August 19, 2020. (DNCC via Getty Images)

“PLEASE. #CallOutYourSenators. Tell them they need to be on the right side of history when this vote goes down, they need to vote YES. Your voices and your votes need to heard,” Washington said. The Django Unchained star, who campaign for Barack Obama in 2008, endorsed Hillary Clinton in 2016, and backed Joe Biden in 2020, asked her followers to support the far-left’s H.R. 1, or the “For the People” Act.

Black and Brown voters are being specifically targeted when it comes to voter suppression. PLEASE. #CallOutYourSenators. Tell them they need to be on the right side of history when this vote goes down, they need to vote YES. Your voices and your votes need to heard. ✊🏾🙏🏾🙌🏾 pic.twitter.com/dyeMEHTrpI

The claim Kerry Washington is pushing, that election integrity laws are suppressing minority voters, is patently false. Georgia’s election integrity law, perhaps, received the most backlash upon Gov. Brian Kemp’s (R) signing. Even the MLB opted to move its All-Star Game from Atlanta in response to the law.

However, the left’s narrative on the law remains fundamentally flawed, as the Peach State’s measure “actually preserves or expands ballot access in several important ways,” including by increasing the mandatory days for early weekend voting, as Heritage Action explained:

It requires that large precincts with lines more than an hour long take steps like adding voting machines and election personnel for the next election to reduce wait times. It does not change the number of total early voting days, and actually increases the mandatory days of early weekend voting. Compared to 2020, 134 of 159 counties will offer more early voting hours in future elections under the new law. It codifies election drop boxes, which did not exist prior to 2020. Voters can continue to vote absentee with no excuse(unlike states like Delaware, New York, and Connecticut, which require an excuse to vote absentee).

Democrats also claim the law eliminates “Souls to the Polls,” suppressing minority votes, but this, again, is false. Heritage Action explained the Georgia law “was silent on Sunday early voting days prior to SB 202, and in 2020 only 16 of 159 counties offered early voting on Sundays.” In reality, the law “explicitly provides the option of holding early voting on two Sundays for all localities,” thereby increasing mandatory days of early weekend voting.

Heritage Action also tackled the myth of Georgia “suppressing” votes with new voter ID requirements, noting the vast majority of registered voters, 97 percent, already have a valid form of identification and adding that one can be obtained for free.

High-profile Democrats have continued to tout the false narratives, including President Biden, who said state election integrity laws make “Jim Crow look like Jim Eagle. Other prominent Democrats, including Senate Majority Leader Chuck Schumer (D-NY), said such laws stand as one of the “greatest threats we have to modern democracy in America.”

As Breitbart News noted, even establishment outlet, the Washington Post, issued “Four Pinocchios to President Biden after he falsely asserted Georgia’s law compromised the ability of working-class Americans to go out and vote.”

Notably, a National Republican Senatorial Committee (NRSC) poll found that a majority of likely voters disagree with the reforms outlined in the “For the People Act,” which would micromanage U.S. elections and fundamentally strip states of their ability to implement basic election integrity safeguards, such as requiring voter ID or cleaning their voter rolls.