NEW YORK (AP) — How have Hollywood and Broadway responded to an exposé detailing routine abuse and bullying by producer Scott Rudin? Mostly, with crickets.

The Hollywood Reporter’s cover story Wednesday on Rudin was, undoubtedly, a must-read for anyone in the film, television and theater businesses. Stories about a Hollywood heavyweight throwing glass bowls, staples and baked potatoes at underlings are hard to put down.

The trade publication spoke to four former employees who agreed to be named on the record to detail stories about the toxic work environment, in addition to some who asked to remain anonymous for fear of retribution. One former employee describes how Rudin was irate after an assistant couldn’t get him a seat on a sold-out flight. He allegedly smashed a computer monitor down on the assistant’s hand hard enough to send the assistant to the hospital. Another described a glass bowl being thrown near an employee, prompting a panic attack from a human resources staffer. A former executive coordinator alleges she was fired for having Type 1 Diabetes, and didn’t sue for fear of being blacklisted. 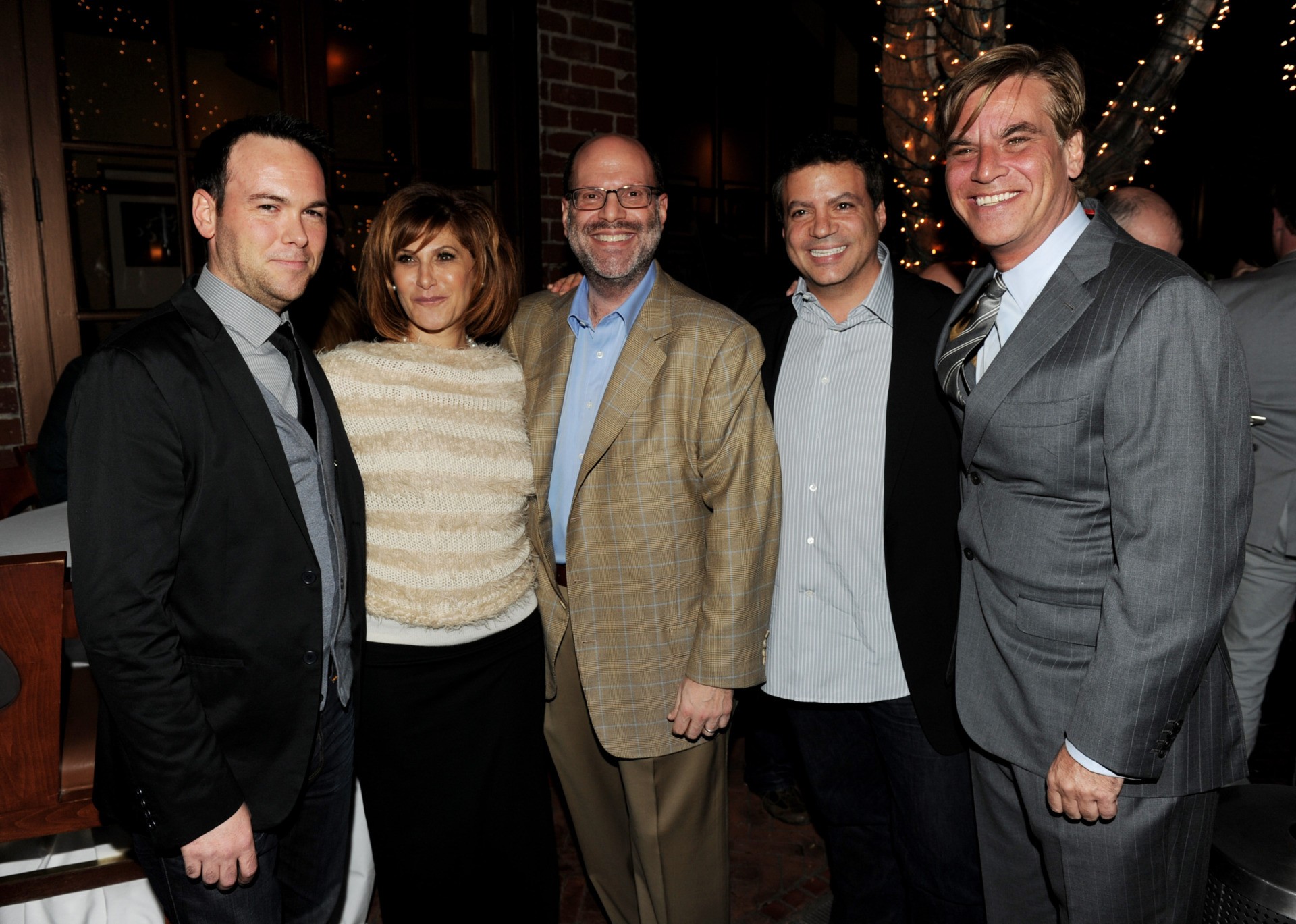 Rudin, one of the most successful and powerful producers, with a heap of Oscars and Tonys to show for it, has long been known for torturous treatment of an ever-churning parade of assistants — 119 in a five-year span, he once said. Such behavior has long been engrained — and sometimes even celebrated — in show business going back to the likes of MGM head Louis B. Mayer and, more recently, Broadway producer David Merrick. The overbearing, pugnacious producer is a type, one that Rudin, according to this report and others, epitomizes. For some, surviving Rudin appears to be a rite of passage — an intensely demanding crucible that has been a training ground for some of the business’s top executives.

“The thin-skinned guys don’t like it,” Rudin told The Wall Street Journal in 2005. “The thick-skinned people… understand that I’m working as hard as them.”

But if Hollywood has taken steps to reform following a #MeToo upheaval that began with sexual abuse allegations against another much-rewarded New York uber-producer, Harvey Weinstein, the initial response to The Hollywood Reporter’s story on Rudin suggests the industry is less eager to curb cultures of verbal abuse and workplace toxicity.

“I’m astonished given what’s happened in the last few years that have been so revolutionary and meaningful and important,” Anthony Rapp, who starred in “Rent” on Broadway and in “Star Trek: Discovery” on TV, told The Associated Press on Friday. “It’s not exactly controversial to say that abuse shouldn’t be tolerated. That’s like the least someone can do, and that almost no one has done it is sad and infuriating to me.”

No studio that has regularly done business with Rudin has commented on the article, nor have any of the A-list names that Rudin has helped propel to more than 150 Oscar nominations and 17 Tonys. On Thursday, his latest film — the anticipated Netflix adaptation of “The Woman in the Window”— went forward with a virtual trailer release attended by the film’s starry cast, including Amy Adams, Anthony Mackie, Julianne Moore and Wyatt Russell. Rudin, himself, hasn’t responded to the article or the AP’s request for comment.

Not everyone was been quiet. The most prominent power player to raise her voice was Megan Ellison, the Annapurna Pictures founder who was executive producer on the Rudin-produced “True Grit,” by Joel and Ethan Coen. In 2014, hackers struck Sony Pictures and released confidential documents and emails. One of the emails involved a dispute over the “Steve Jobs” film and captured Rudin calling Ellison “a bipolar 28-year-old lunatic.”

“This piece barely scratches the surface of Scott Rudin’s abusive, racist, and sexist behavior,” Ellison said on Twitter. “Similarly to Harvey, too many are afraid to speak out. I support and applaud those who did.” 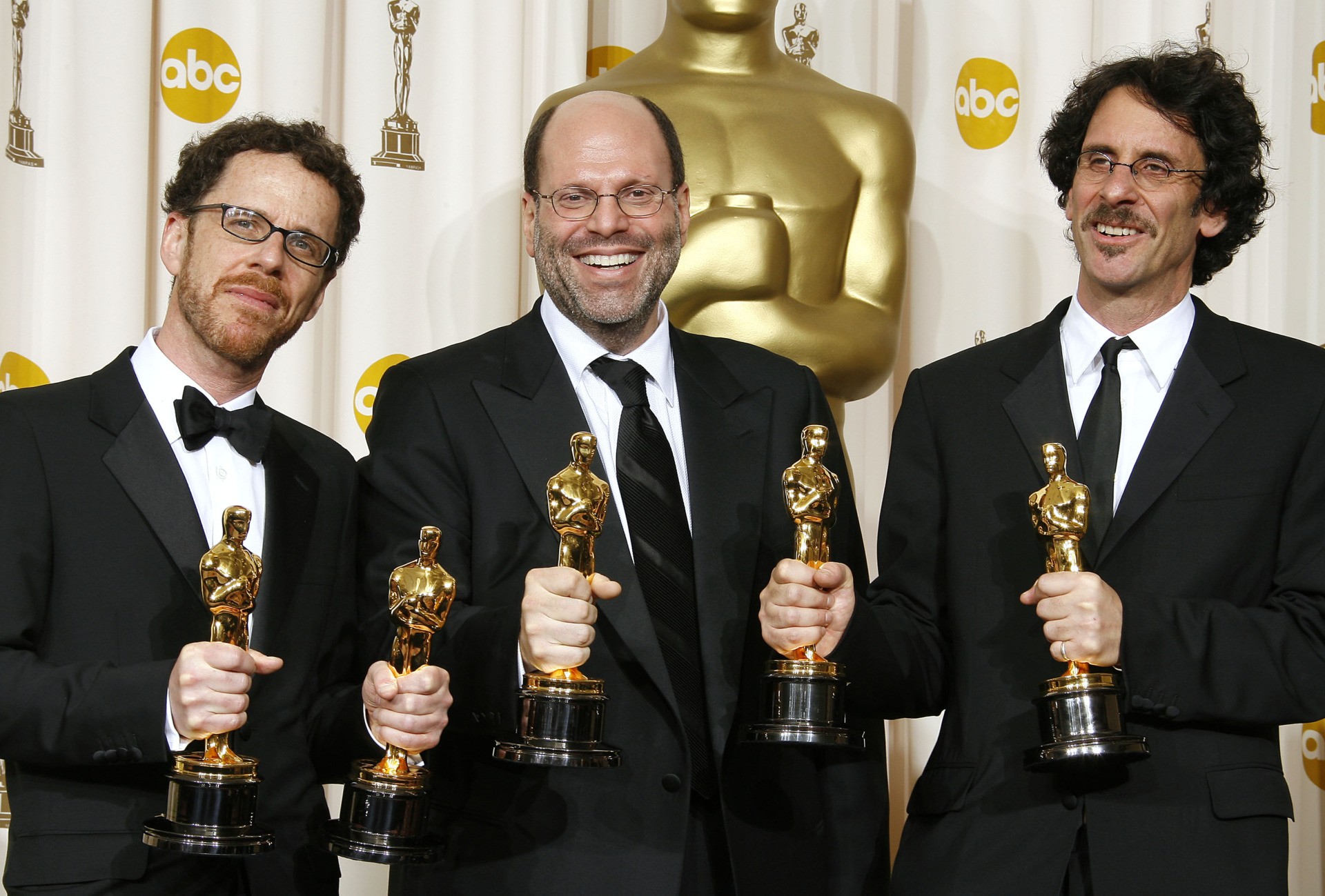 Producer Scott Rudin (C) poses with Directors Ethan Coen (L) and Joel Coen, winners of the Best Motion Picture Of The Year award for “No Country for Old Men” pose in the press room during the 80th Annual Academy Awards held at the Kodak Theatre on February 24, 2008 in Hollywood, California. (Vince Bucci/Getty Images)

The Sony hack also also revealed an email exchange between Rudin and then-Sony Pictures chief executive Amy Pascal in which he joked about then-President Barack Obama’s taste in movies, referencing “12 Years a Slave” and Kevin Hart projects. At the time, Rudin apologized for remarks that he acknowledged were “thoughtless and insensitive — and not funny at all.”

The 62-year-old Rudin, a Long Island native, has produced some of the most acclaimed films of the last few decades, including “No Country for Old Men,” “The Social Network,” “The Truman Show,” “Fences” and “The Grand Budapest Hotel.” His Broadway hits include “The Book of Mormon” and “To Kill a Mockingbird.” In the past, he’s defended his workplace environment as part of a tough business.

In the days after the Hollywood Reporter story, many rank-and-file actors have expressed frustration that the allegations have been mostly met with silence by those Broadway figures in positions of power — and therefore likely to be tapped by Rudin one day again.

“A lot of times, unless you’re like a super A-list star, job security is not something you can feel is always there for you,” said Rapp, who has championed the #MeToo movement and accused Kevin Spacey of sexual assaults. “So it’s understandable if people are afraid of sticking their necks out. I mean, that is how dictators have always maintained their power.”

Rudin is a very hands-on theater producer, showing up repeatedly at often tedious show rehearsals and monitoring every aspect of a production. His mercurial side was well-known in the theater community. He has been known to fire a public relations agency in the middle of a show’s rollout or shut down a production if everything was not perfect, as he did when Audra McDonald took maternity leave from “Shuffle Along.” The show was closed even though it was selling nearly a million dollars in tickets a week.

In 2013, he announced he would close “The Testament of Mary” on the same day it was nominated for a best play Tony Award, citing poor ticket sales. He then took out an ad in The New York Times to needle the newspaper’s theater reporter, who had explored that cancellation. “One day perhaps you’ll learn something about how Broadway works, and maybe even understand it,” it said.

Mauricio Martínez, a singer-actor who was in the Broadway musical “On Your Feet!” called the silence disheartening and wondered if it was because the alleged victims were office assistants and not stars.

“It’s not an easy thing to do to come forward and say that you’ve been abused. So to just turn a blind eye, I think is very hypocritical,” he told the AP. “When we’re all reexamining the power structures and all the inequities, there’s just some things that we cannot enable and stay silent about.”

Some of those who spoke out against Weinstein have also denounced Rudin’s behavior. Rose McGowan, who has said Weinstein raped her (an allegation Weinstein has denied) said Rudin “must be stopped.”

“What is wrong with you Hollywood?” said McGowan on Twitter. “You are putting your values in our minds. Your value system is sick. Stop poisoning us. End power abuse now.”

In recent years, assistants in the film industry, emboldened by the #MeToo movement, have more aggressively defended their rights. Last year, #PayUpHollywood circulated online as a survey to gauge working conditions for Hollywood assistants. In January, the survey of more than 1,000 Hollywood assistants and other support staffers, found that 78% said working conditions have led to an increase in anxiety; half cited an increase in depression.

“Hollywood has a dehumanization problem with assistants. It is not an issue limited to Scott Rudin,” Alper said on Twitter. “We all have stories. Many of us have emotional scars, some physical. Assistants are people.”

Richard Rushfield, editor of the Hollywood newsletter The Ankler, notes that Hollywood will spring into action against someone “the moment they’ve lost all their power and status.” Rudin, who runs his company Scott Rudin Productions, can’t be fired.

“Are people going to refuse to take meetings with him? Are writers going to refuse to sell their scripts? I doubt it, frankly,” says Rushfield. “I wish they would. But you’re a struggling writer and Scott Rudin is going to produce your movie, and with Scott Rudin producing you have a better than average chance of being a best picture nominee. You’re going to say no to that?”