Bruce Springsteen reportedly smelt “strongly of alcohol” and refused a breathalyzer test prior to his drunk driving arrest in November. The rocker was seen downing shots of tequila and preparing to take off on his motorcycle before authorities stopped him.

The new details of Springsteen’s arrest have emerged a day after Jeep indefinitely suspended its Super Bowl ad campaign that featured the “Glory Days” singer. The automaker pulled the commercial from YouTube and other platforms following the embarrassing revelation that its new pitchman is facing DWI charges.

Jeep debuted the commercial on Sunday during the Super Bowl LV broadcast. Millions more saw the video online in the three days before the singer’s November arrest was revealed on Wednesday.

The singer is facing charges of DWI, reckless driving, and consuming alcohol in a closed area. 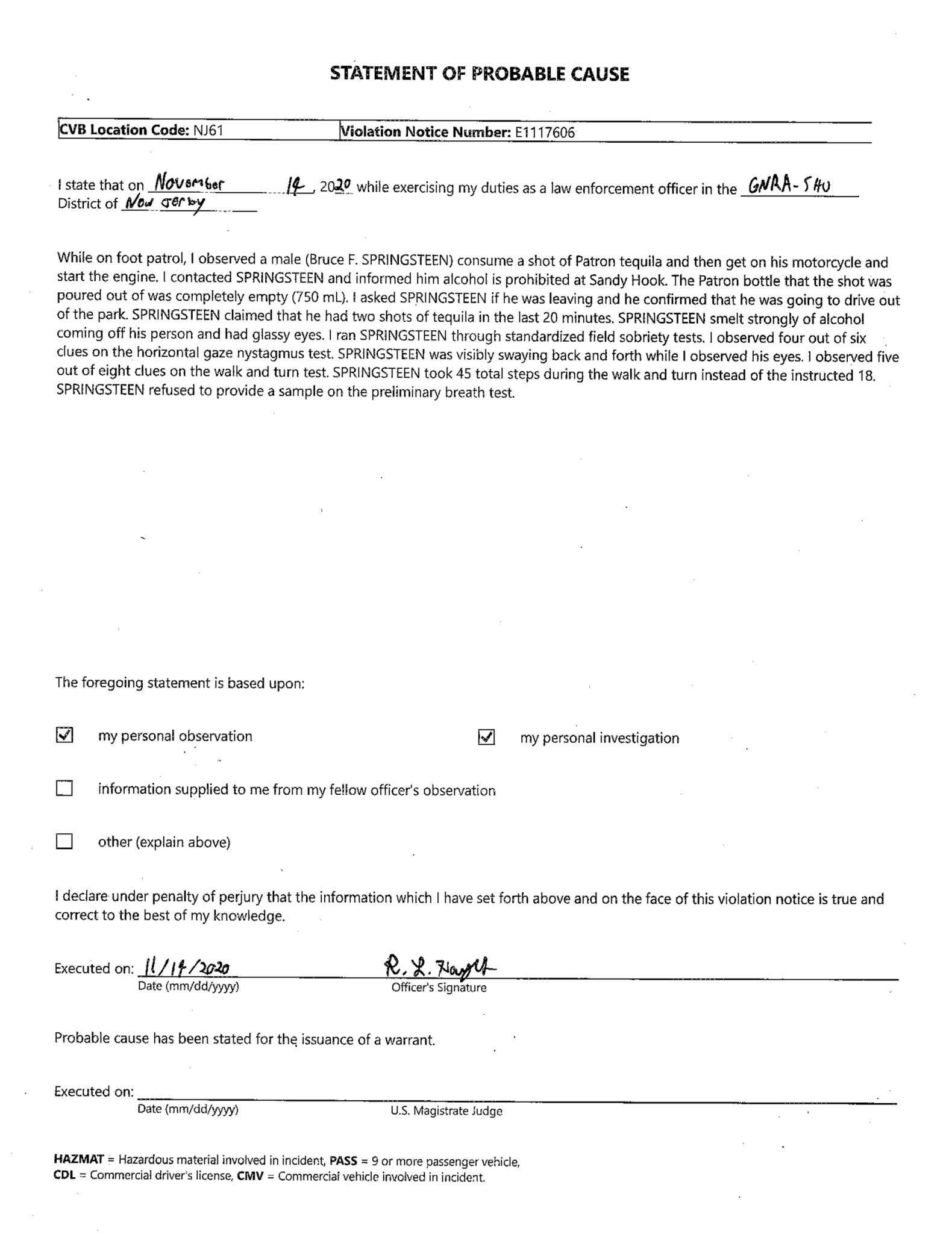 On November 14, Springsteen was spotted by a New Jersey cop taking a shot of Patron Tequila, hopping on his motorcycle, and starting the engine, according to police reports obtained by TMZ and the New York Post. A police officer reportedly said he informed Springsteen that drinking was prohibited in that area of Sandy Hook, New Jersey. He also observed that Springsteen’s bottle of Patron was empty.

During the encounter, Springsteen reportedly admitted that he had drunk two shots of tequila in the last 20 minutes.

“The incident escalated because once the officer approached Bruce on his motorcycle, he refused to take a breathalyzer test,” a source described as close to Springsteen told the Post. “The cop got pissed off, took Bruce in, and made him do bloodwork.”

The police report stated that the rock star “smelt strongly of alcohol coming off his person and had glassy eyes,” and refused to take a breathalyzer test “despite signs of intoxication.”

The Post said the musician was out riding his motorcycle when he was spotted by fans “who asked him to pull over and take some pictures,” according to an unnamed source.

Bruce Springsteen is expected to face a judge later this month.

The singer spent much of last year stumping for Joe Biden and trashing President Donald Trump. He threatened to leave the country if Trump were re-elected, and teamed up with left-wing activist and novelist Don Winslow on a viral video that trashed the president using the Atlantic magazine’s discredited “suckers” report.

In the Jeep commercial, he urged political unity and reconciliation, pleading with Americans to come together “in the middle.”