Claudia Conway became a mainstream media sensation for posting anti-Trump TikTok videos while her mother Kellyanne Conway was still serving as senior counselor to the president. Now the 16-year-old student is attempting to translate her social media fame into Hollywood stardom, revealing that she is trying out for ABC’s American Idol.

The younger Conway said on TikTok that she is aiming to put her vocal talents to the test on the long-running reality competition show.

“Hey guys! I’m here at the American Idol confessional,” she said in a video posted Sunday. “I met Ryan Seacrest today and I have my audition soon. So stay tuned for that. ” She added that she is “very, very nervous” but also “excited.” 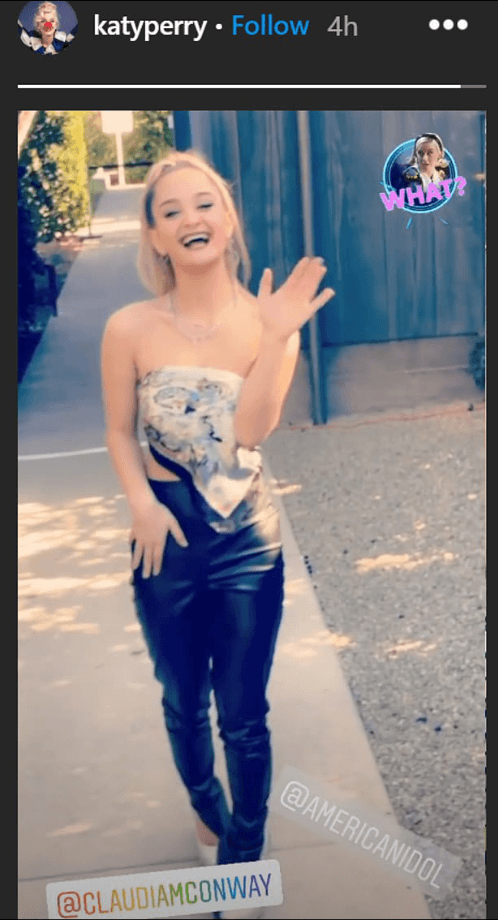 Kellyanne Conway also confirmed her daughter’s audition in a statement to People magazine.”Claudia and her siblings are taught to be independent self-starters and free thinkers who dream big and aim high. She sets goals and works toward them. Of course, American Idol is next level!” Kellyanne Conway said. “We are proud of Claudia for entering the arena and sharing her beautiful voice and inspirational message about mental health with others.”

Claudia Conway, who has 1.4 million TikTok followers, became a media sensation when she began publicly airing the political divisions in her immediate family. She called President Trump a “idiot fucking president piece of shit” while urging Americans to “vote him out.”

She also disclosed her mother’s COVID-19 diagnosis and at one point alleged that her mother had lied about a negative coronavirus test — a claim that her mother has disputed. She even announced that she was seeking emancipation from her parents.

The left-wing media treated her like a star, eagerly covering her social media posts and running analysis pieces about her unique vantage point into the Trump administration.

Kellyanne Conway announced in August that she was stepping  down from her White House post, saying that she wanted to devote more time to her family.

“This is completely my choice and my voice,” she said in a statement. “In time, I will announce future plans. For now, and for my beloved children, it will be less drama, more mama.”

Around the same time, her husband, George Conway, said he was stepping aside from his role at The Lincoln Project, the Never Trump group of conservatives, to “devote more time to family matters.”

Claudia Conway subsequently said on Twitter that she was taking a break from social media for “mental health” reasons.” “No hate to my parents please,” she said.

this is becoming way too much so i am taking a mental health break from social media. see y’all soon. thank you for the love and support. no hate to my parents please. ❤️