The 26th Screen Actors Guild (SAG) Awards were pretty underwhelming, though there were a few knockouts — I’m talking about the fashion, of course. The award show, itself, was mostly a snoozefest.

Here, I break down my top seven best and worst dressed actresses at this year’s SAG Awards.

Naturally, I must continue Renée Zellweger’s streak as the top best-dressed actress thus far this award season (She was by a landslide the best dressed at this month’s Golden Globes). In this custom Maison Margiela gown, Zellweger opts for a midnight blue and timeless menswear-inspired details like that oversized lapel shaping the bodice.

The cut of this gown is so sharp, so rich, so eye-catching and who can resist pockets?! Zellweger is a master at the “less is more” rule and here, the only accessories this gown needed was a messy ponytail (Who would have thought?), two identical bracelets on each wrist (Almost to mimic a men’s suit cuff link), and a pair of matching satin pointed stilettos.

Keeping it simple really will surge you to the top of a best-dressed list! 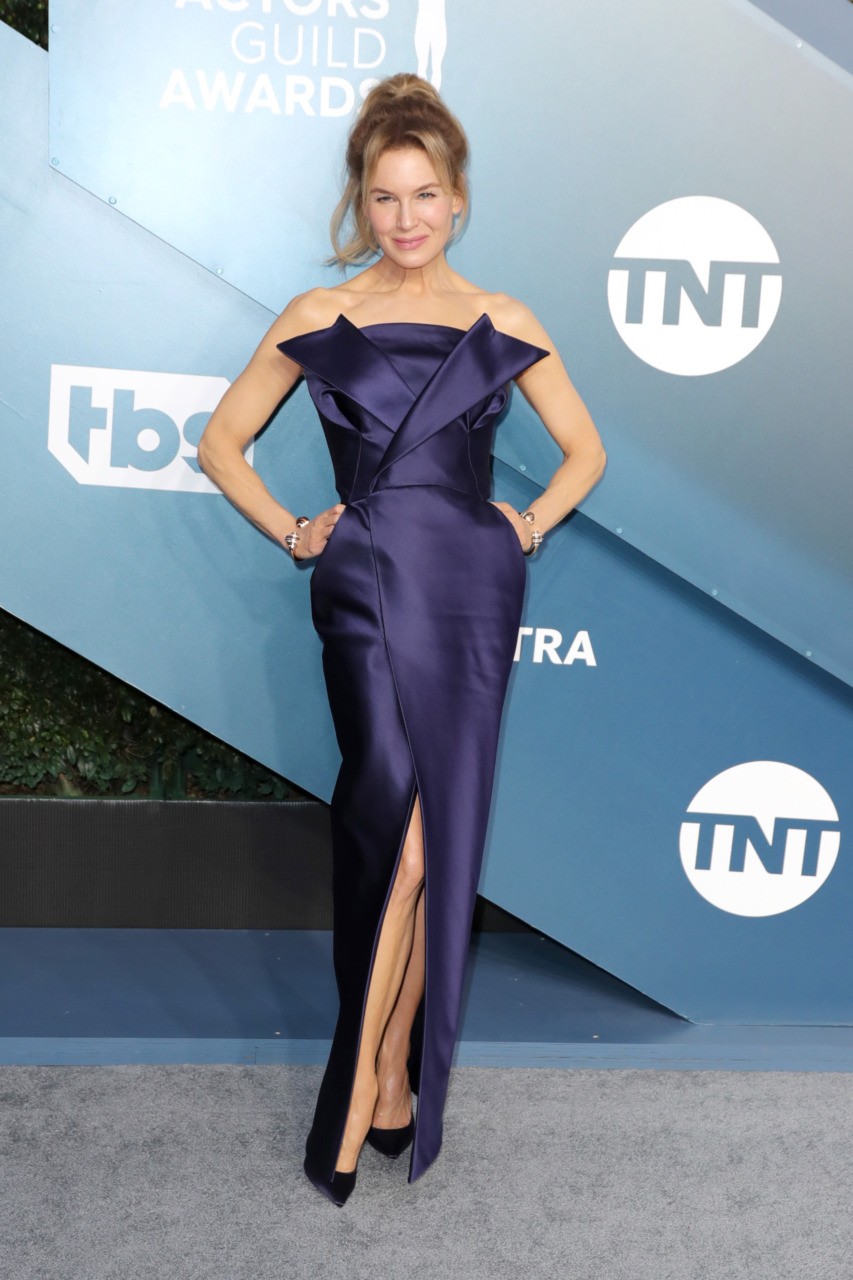 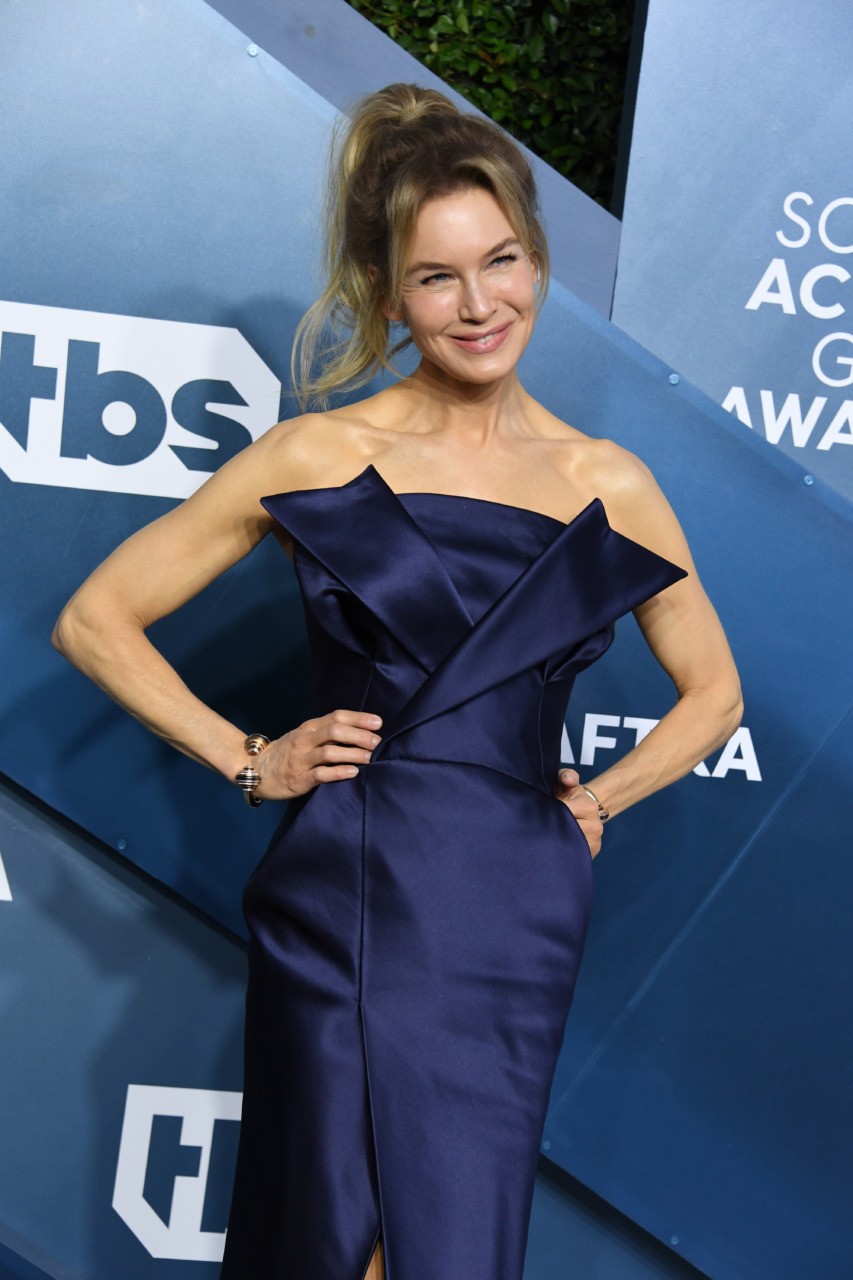 Loyal Fashion Notes readers will know that I am a major Margot Robbie fan — both of her film performances (Her crying scene in this year’s “Bombshell” is a scene-stealer) and her Chanel-clad wardrobe. This go around, however, Robbie looked more like she was ready for a picnic than a red carpet.

The oddly-colored flannel print photographs quite horribly and the criss-cross neckline does nothing for Robbie. Add on top the tiered ruffled skirt, the piled-on cheap gold necklaces and belt tore right off a Chanel clutch (These trinkets look more like knock-offs than the real thing) and this is one hell of a look from hell. 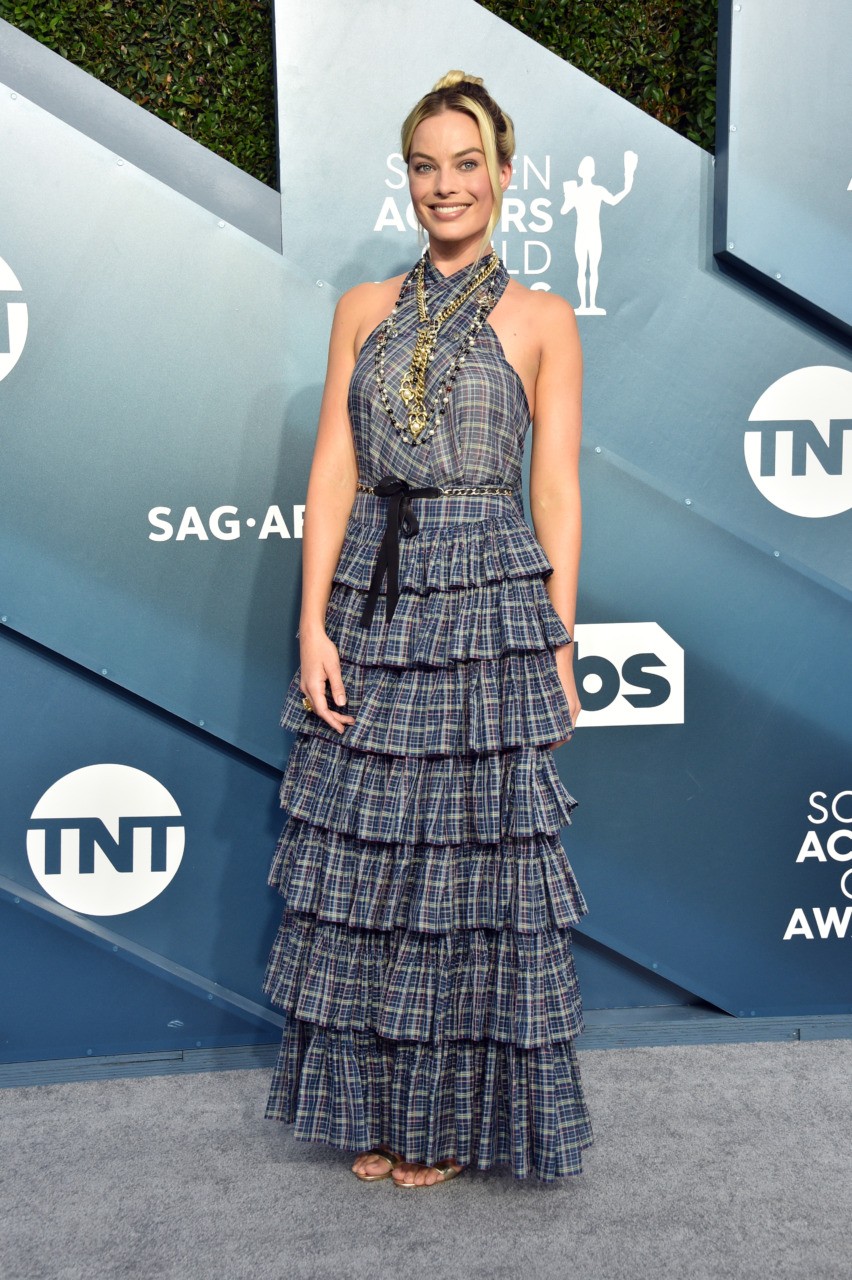 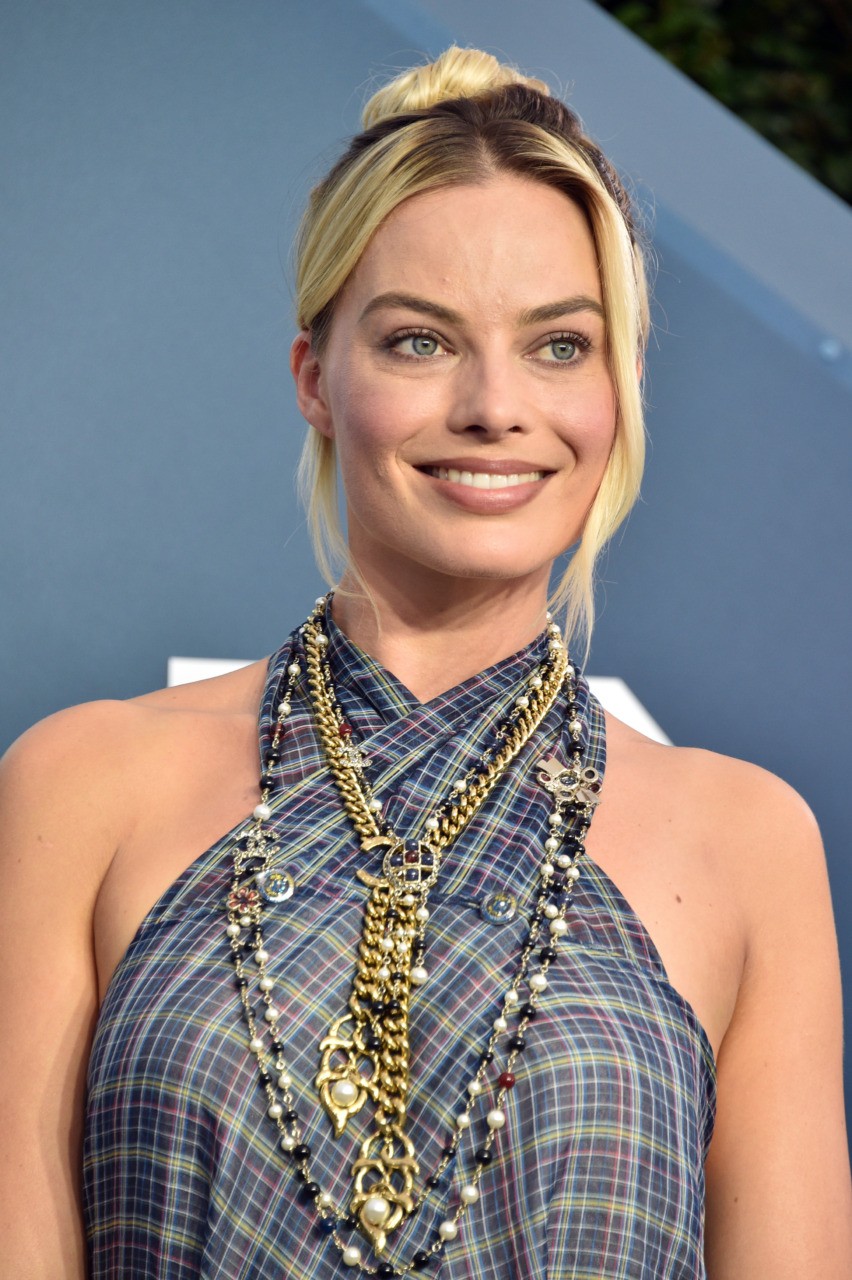 How refreshing to see Jennifer Aniston in a color other than black for an award ceremony, even if it is white, though I am partial to her dark uniform-esque wardrobe. In this gorgeous Christian Dior frock, Aniston harks back to the days when the great John Galliano headed the French fashion house.

Literally, this gown looks as though it could have walked right off the runway of Galliano’s Fall 2005 Ready to Wear collection. A beautiful gown on a beautiful woman is sometimes all you need to make a statement. 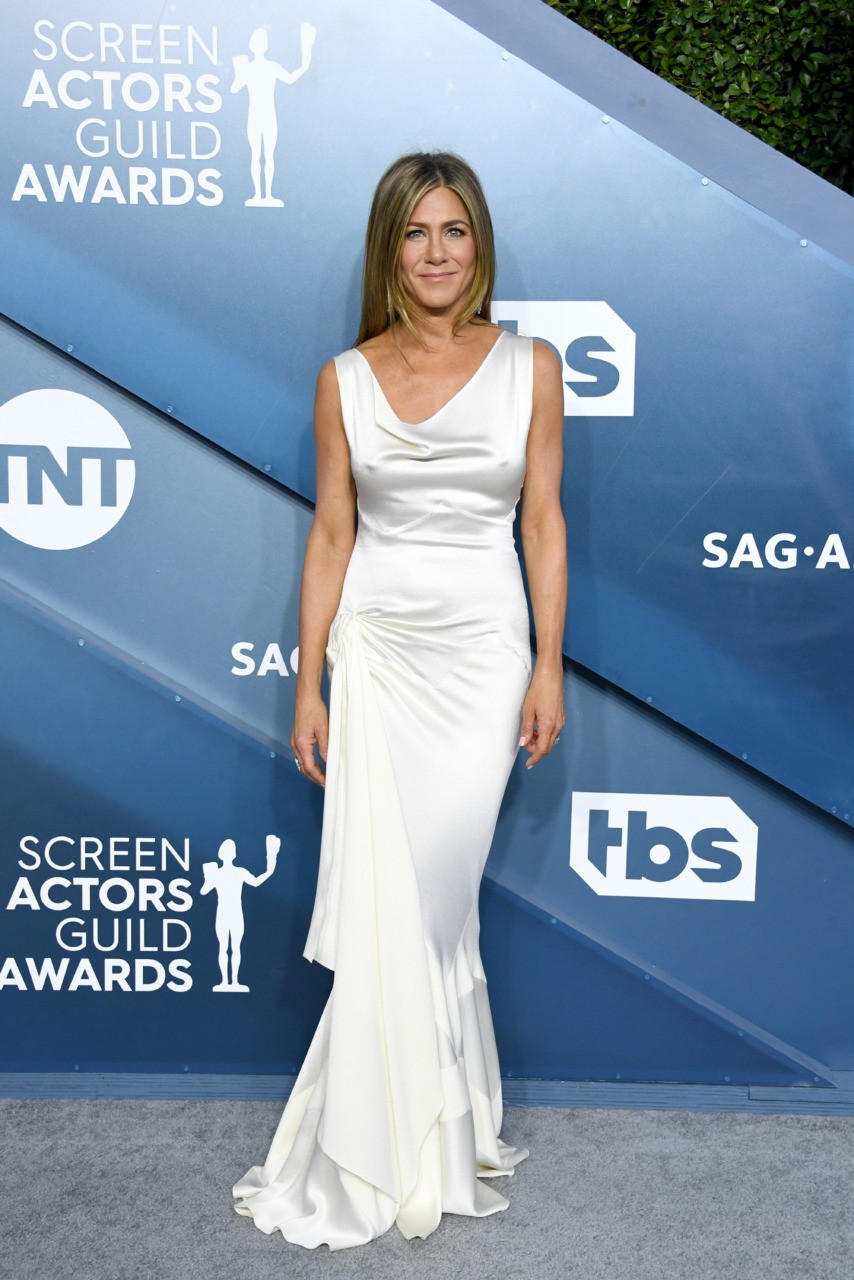 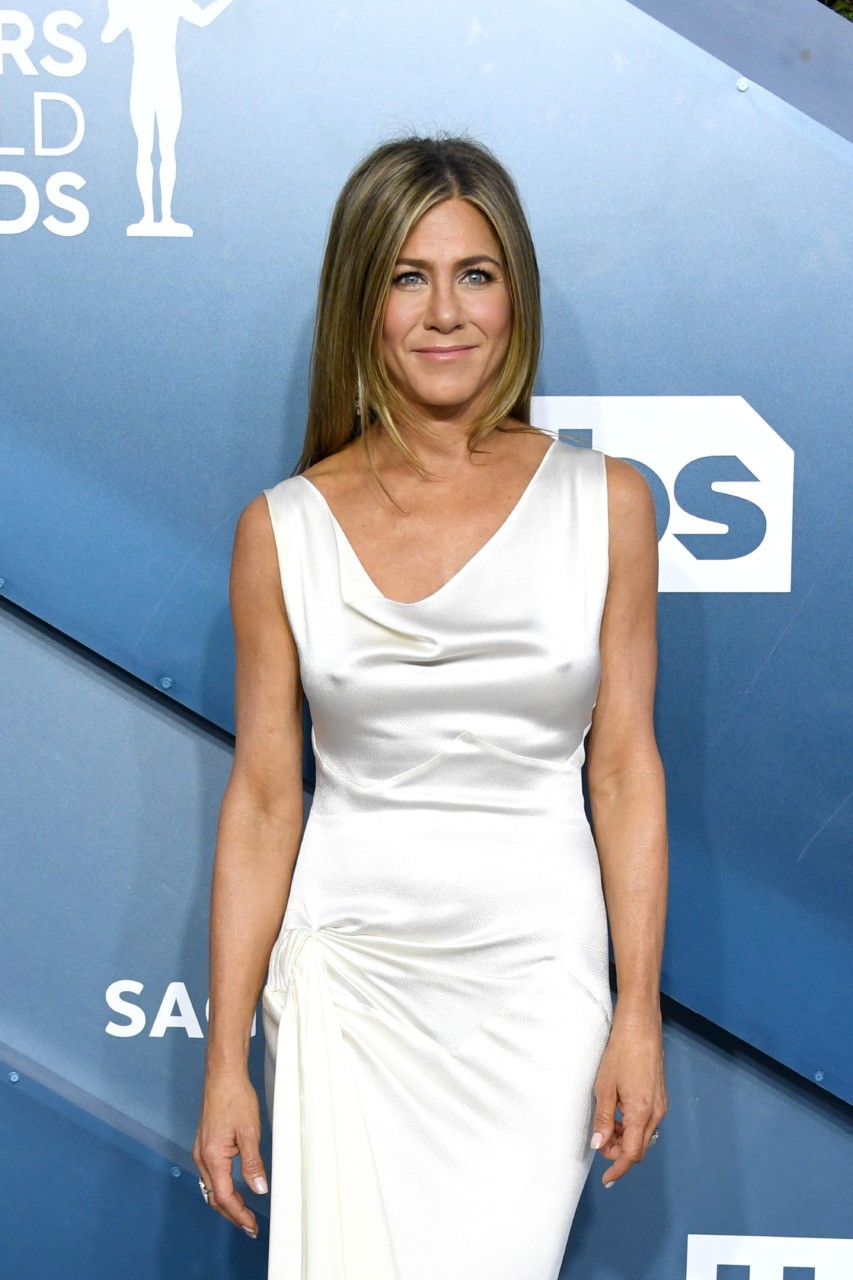 I’m not sure what it is, but Scarlett Johansson has a thing for these very stiff-bodice bodycon gowns that do little to adequately show off her buxom figure. In this Armani Prive number, the dress wears Johansson rather than the other way around.

It would be nice to see Johansson’s body fill out a gown for once rather than a gown trying to do all the work. Here, the harshness of this gown’s cut and the severity of Johansson’s makeup color palette keeps us from seeing her God-given beauty. 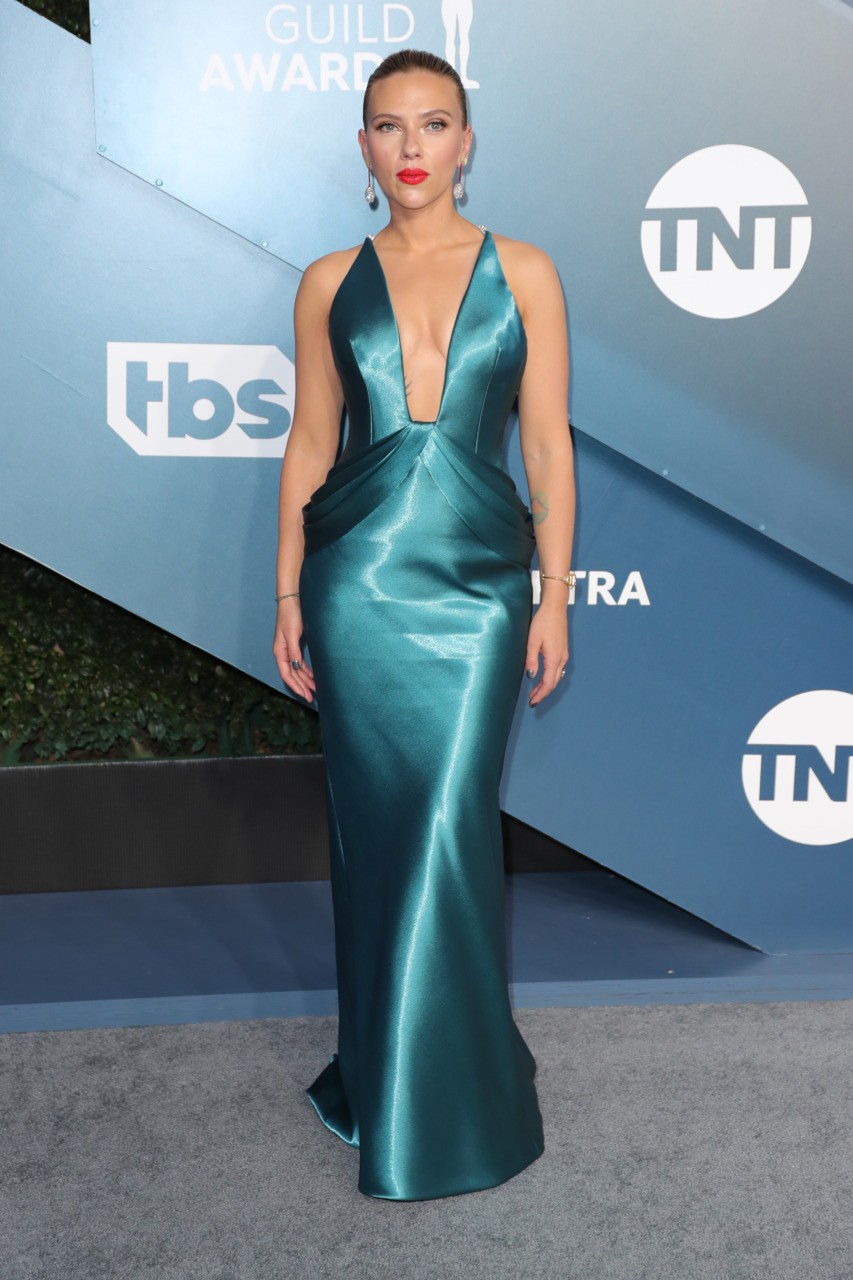 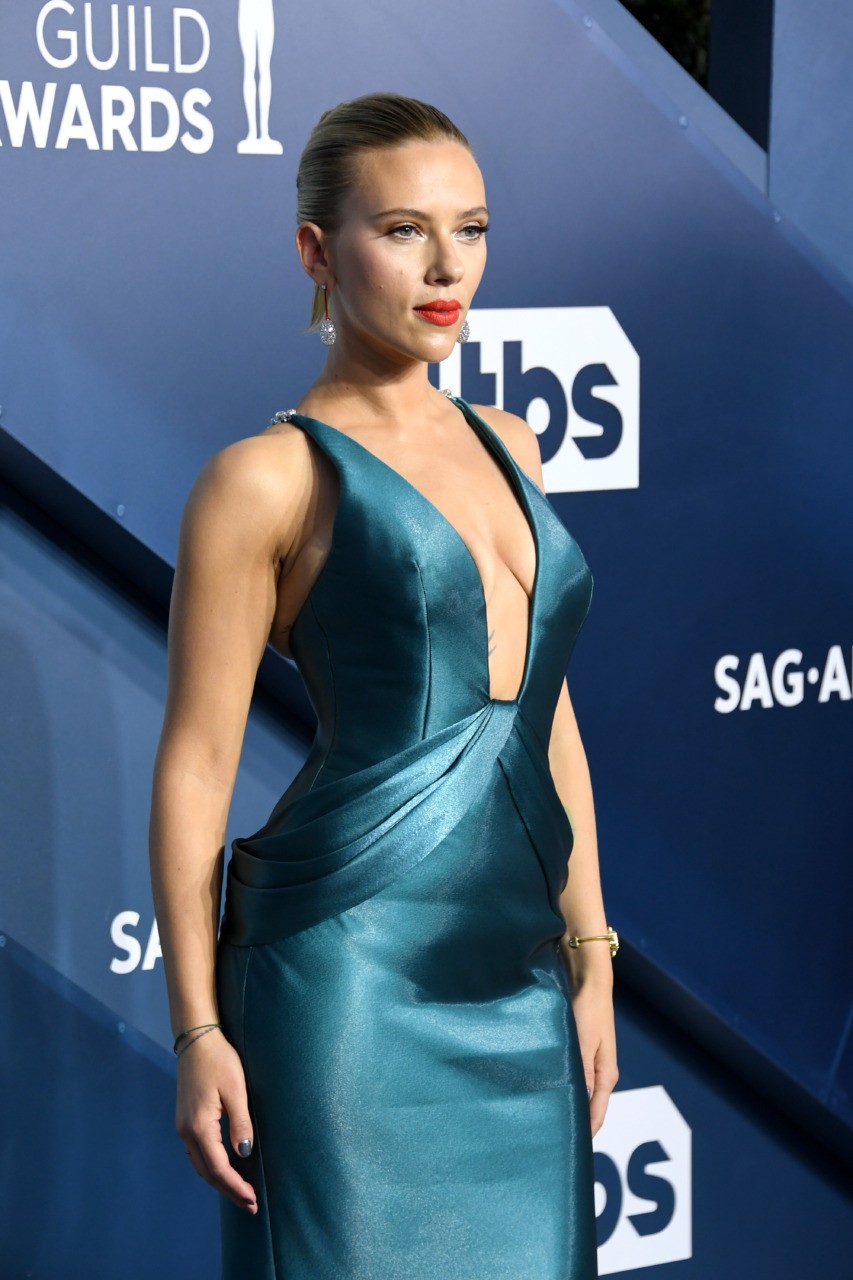 Oh, woop-dee-doo Zoë Kravitz in another column dress. You may be getting tired of Kravitz in this same silhouette every time we see her, but I am certainly not. Especially when she seemingly reinvents an iconic Jackie Kennedy Onassis look for the red carpet.

Kravitz chose this Oscar de la Renta gown that is a near replica of the American label’s famed peach ballgown that Kennedy Onassis wore in India in 1962. Its color against Kravitz’s skin tone is ravishing and the stark white gloves make me miss that mid-century formal lifestyle all the more.

Consider this a home run. 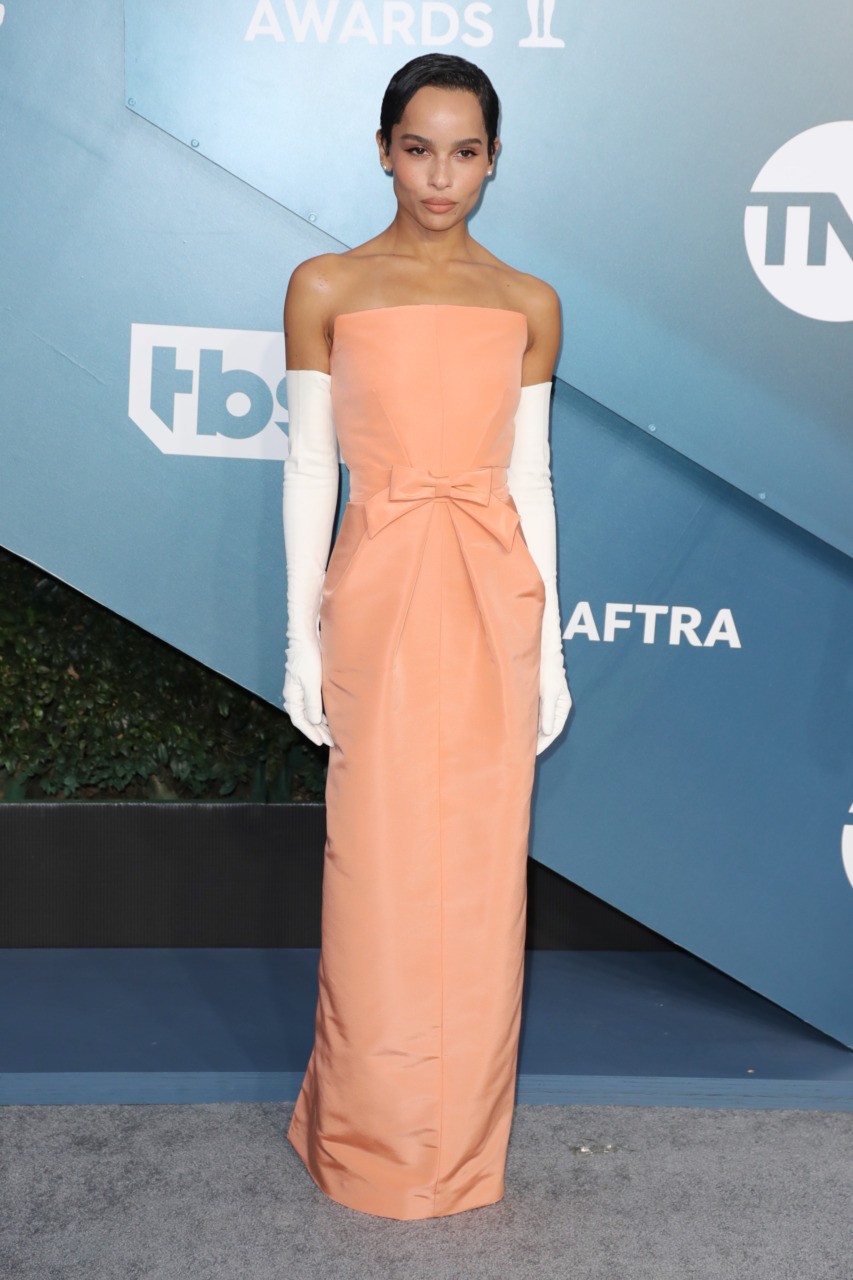 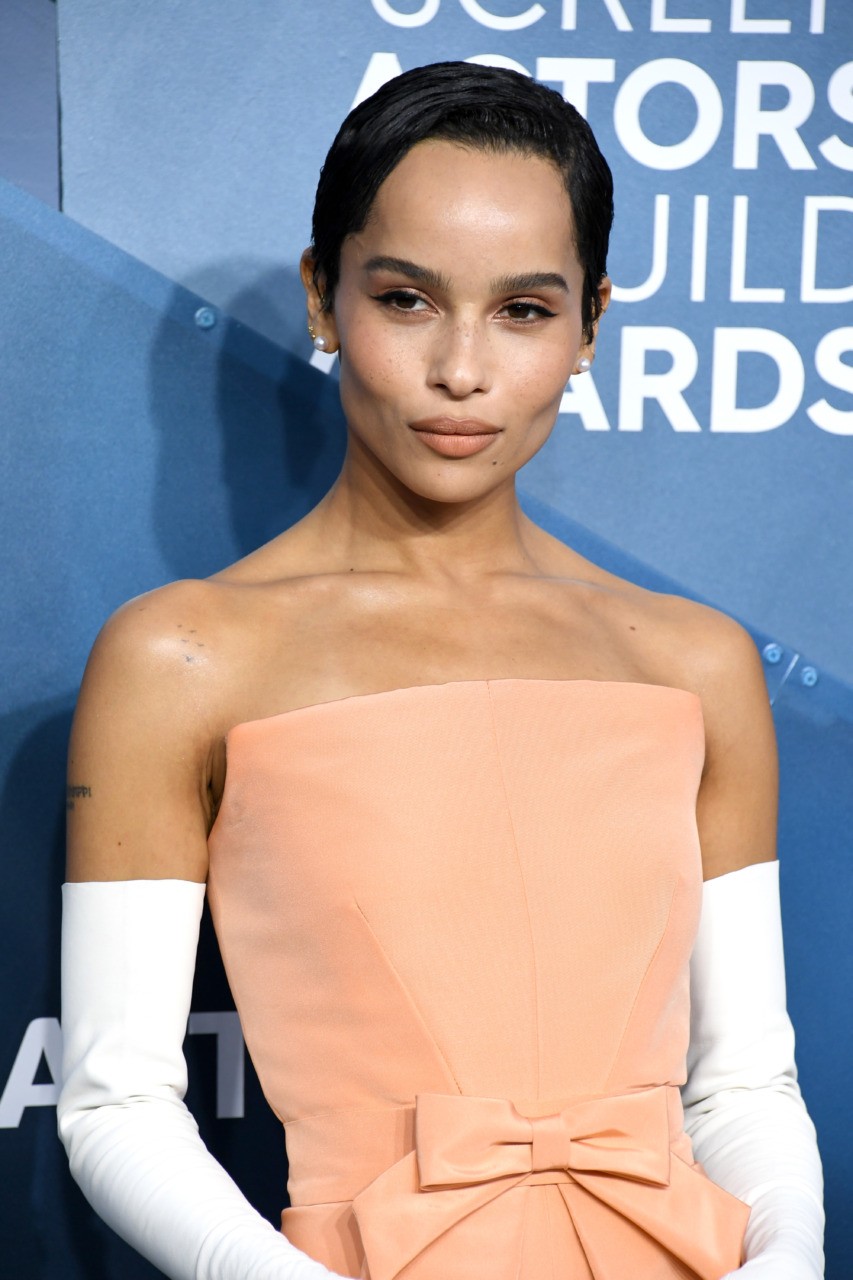 Normally, Lupita Nyong’o is one of the most highly anticipated red carpet arrivals because her glowing skin and impeccable bone structure lend themselves to some of the brightest and most bold fashion moments.

In this Louis Vuitton dress, Nyong’o is merely proving the point that many fashion critics have noted lately — that is, Vuitton’s chief designer Nicolas Ghesquière is not the best gown designer, nor the most red carpet-friendly.

The white bandeau bikini top, silver and grey floral print, and random cowboy belt make for one of the biggest fashion fails of the evening. And I haven’t even mentioned the strangely sculpted hair! 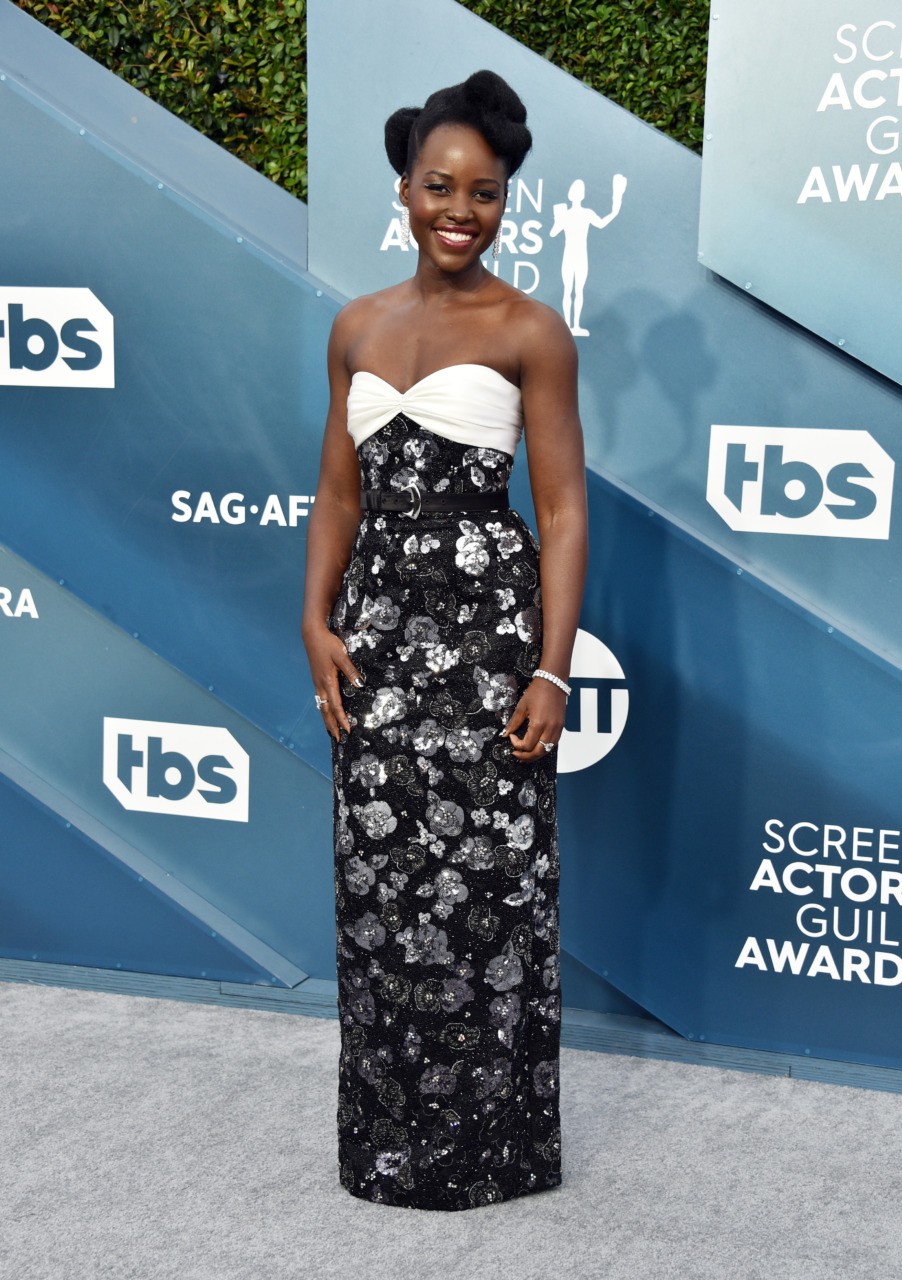 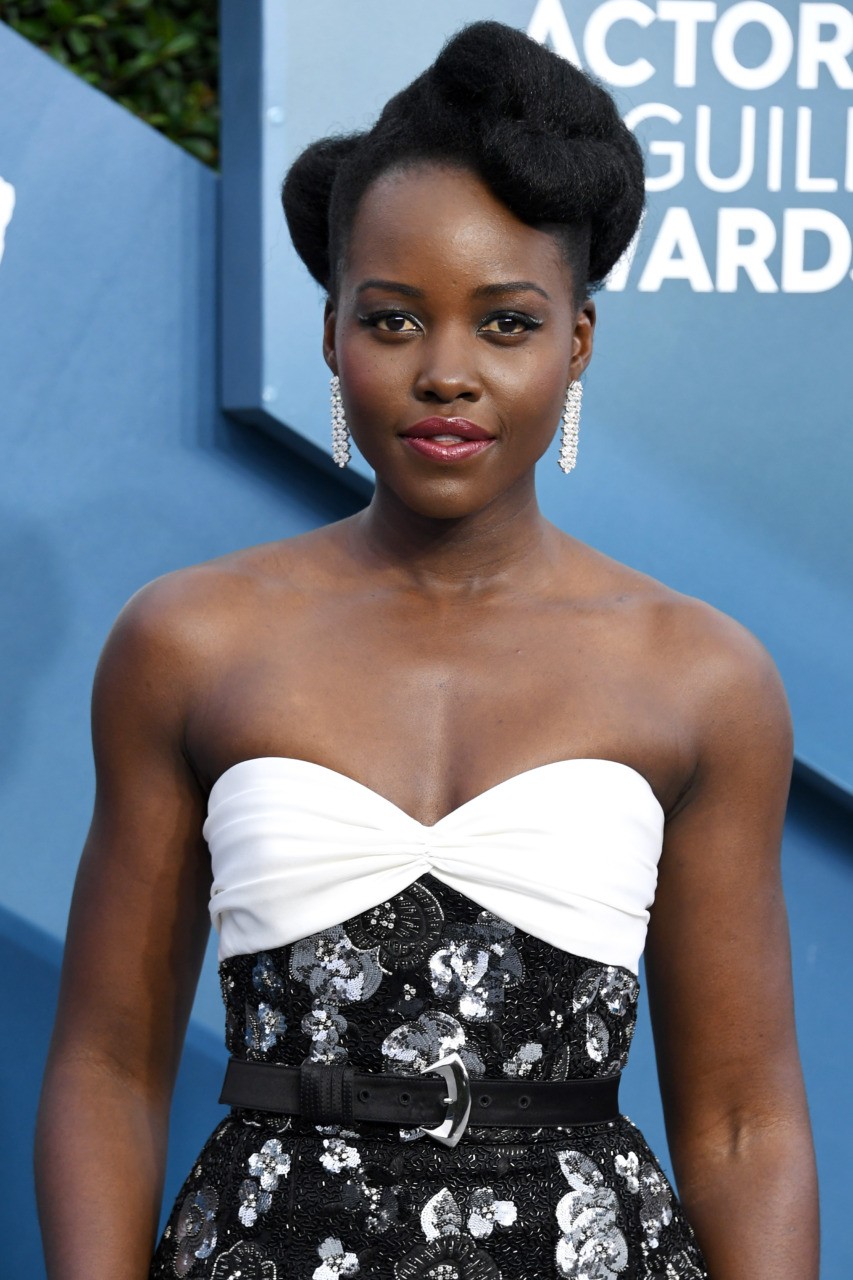 I’ve been waiting for when we would get to see the Alpha Female that is Charlize Theron this award season and I’m almost certain that this Givenchy look she wore to the SAG Awards is the embodiment of a strong woman.

The glittering top with only a single strand of beads running down her center part is style without looking like you have put any effort into it — a task that is much harder than it looks. And of course the bell shape of this black high-waisted skirt fits like a glove to Theron’s tall stature and the high center slit is enough peak to get a glimpse of her long legs.

The black nail polish gives me major Æon Flux vibes (Maybe I’m just nostalgic for that jet-black Victoria Beckham bob she rocked) and the strappy black clubgoer heel is a welcome change to the current stiletto trend of clear and flesh-toned pumps. 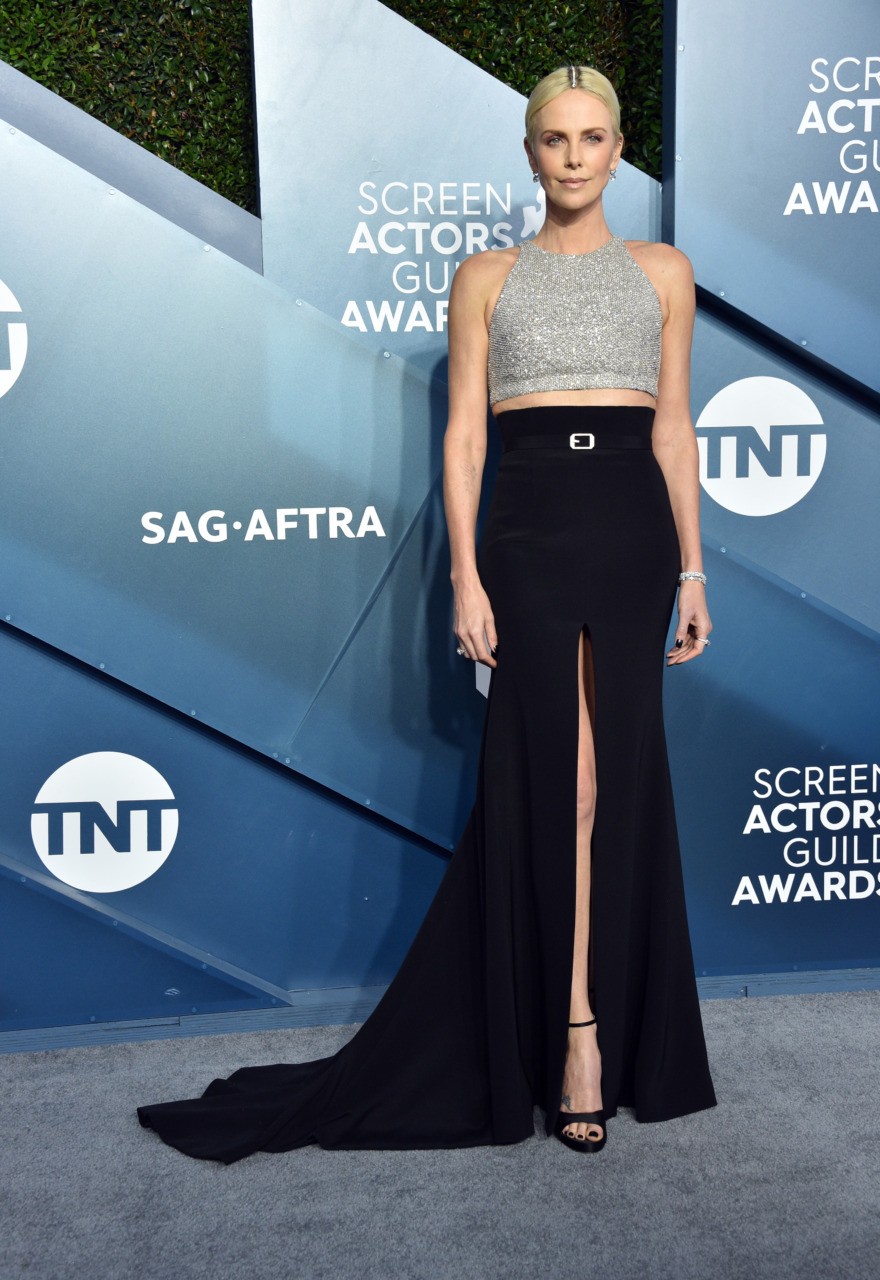 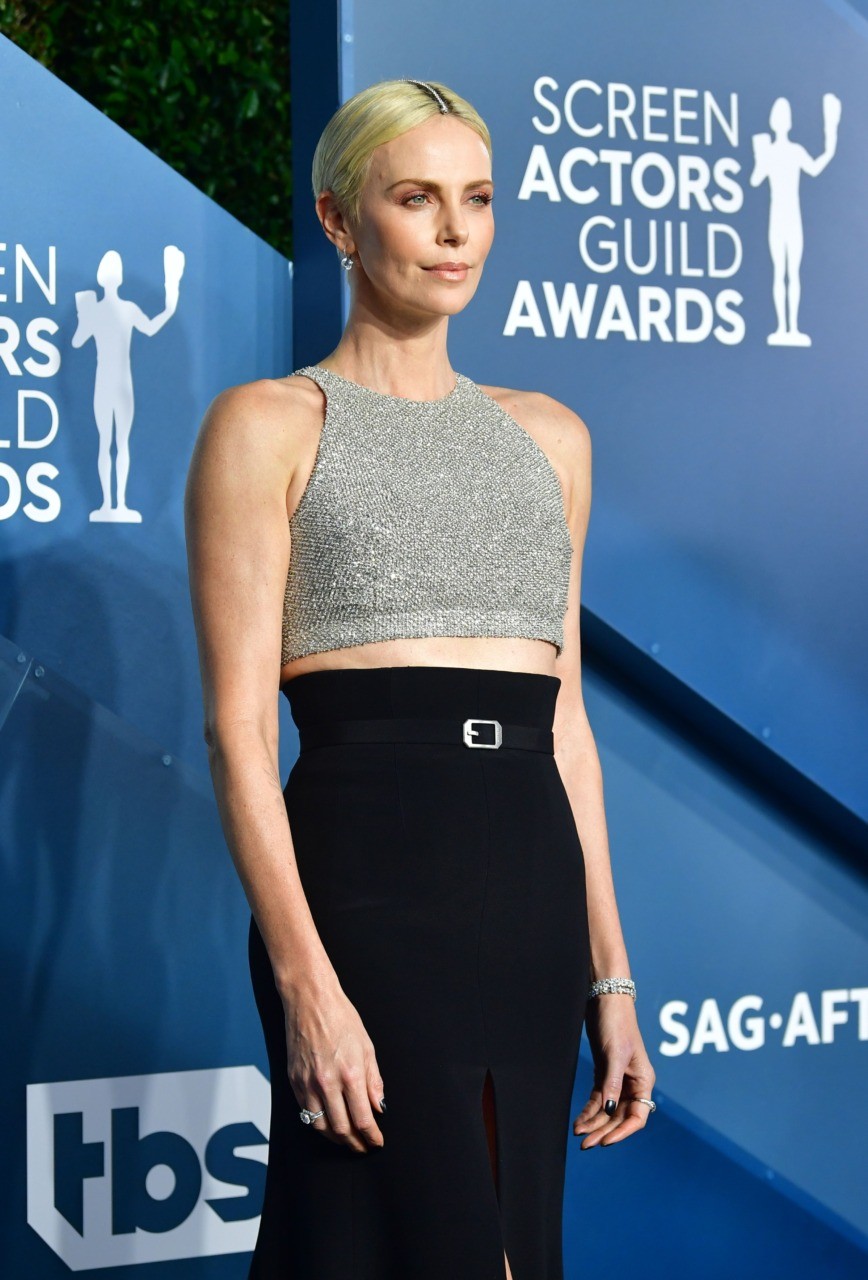