Pop star Katy Perry is being sued for posting a paparazzi photo to Instagram of herself in a Hillary Clinton costume she wore for Halloween in 2016.

Court filings obtained by The Blast show Perry was sued by photo agency Backgrid in response to sharing the photo and have been in touch with the Roar singer’s team since July 2017 in an effort to squash the legal matter. 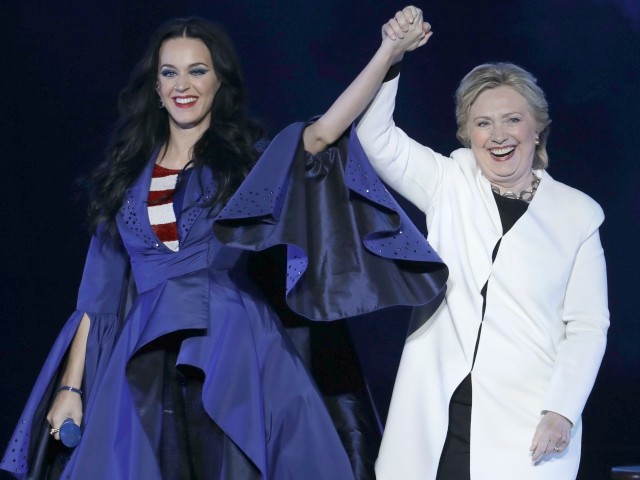 Court documents show Backgrid, which owns the rights to the photo, is demanding that Perry cough up $150,000.

“Defendants used, and continue to use, the photograph without authorization or permission from Backgrid to do so even after being aware of the infringement,” the suit reads.

Of course, this isn’t the first time Perry has found herself in legal hot water.

In August, Katy Perry, her collaborators and her record label were ordered to pay more than $2.78 million because the pop star’s 2013 hit “Dark Horse” copied a 2009 Christian rap song, a federal jury decided Thursday.

It was an underdog victory for rapper Marcus Gray, a relatively obscure artist once known as Flame, whose 5-year-old lawsuit survived constant court challenges and a trial against top-flight attorneys for Perry and the five other music-industry heavyweights who wrote her song.

The amount fell well short of the nearly $20 million sought by attorneys for Gray and the two co-writers of “Joyful Noise” — Emanuel Lambert and Chike Ojukwu — but they said they were pleased.

“We weren’t here seeking to punish anyone,” said Gray’s attorney, Michael A. Kahn. “Our clients came here seeking justice, and they feel they received justice from a jury of their peers.”

Perry herself was hit for just over $550,000, with Capitol Records responsible for the biggest part of the award — $1.2 million. Defense attorneys had argued for an overall award of about $360,000.

The AP contributed to this report.