Left-wing pop star Madonna released the eight-minute music video for her new single “God Control” depicting a gruesome mass shooting and a warning: “this is your wake-up call.”

The main theme of the video centers on club-goers being shot in ripped from the headlines-style scenes resembling the 2016 Pulse nightclub shooting in Orlando, Florida, which saw a gunman kill 49, injuring 53 more.

Madonna makes her political stance clear in the song’s lyrics:

Everybody knows the damn truth
Our nation lied, we lost respect
When we wake up, what can we do?
Get the kids ready, take them to school
Everybody knows they don’t have a chance
To get a decent job, to have a normal life
When they talk reforms, it makes me laugh
They pretend to help, it makes me laugh
I think I understand why people get a gun
I think I understand why we all give up
Every day they have a kind of victory
Blood of innocence, spread everywhere
They say that we need love
But we need more than this
We lost God control

Madonna told People magazine that she made the video because she “can’t take it anymore.” 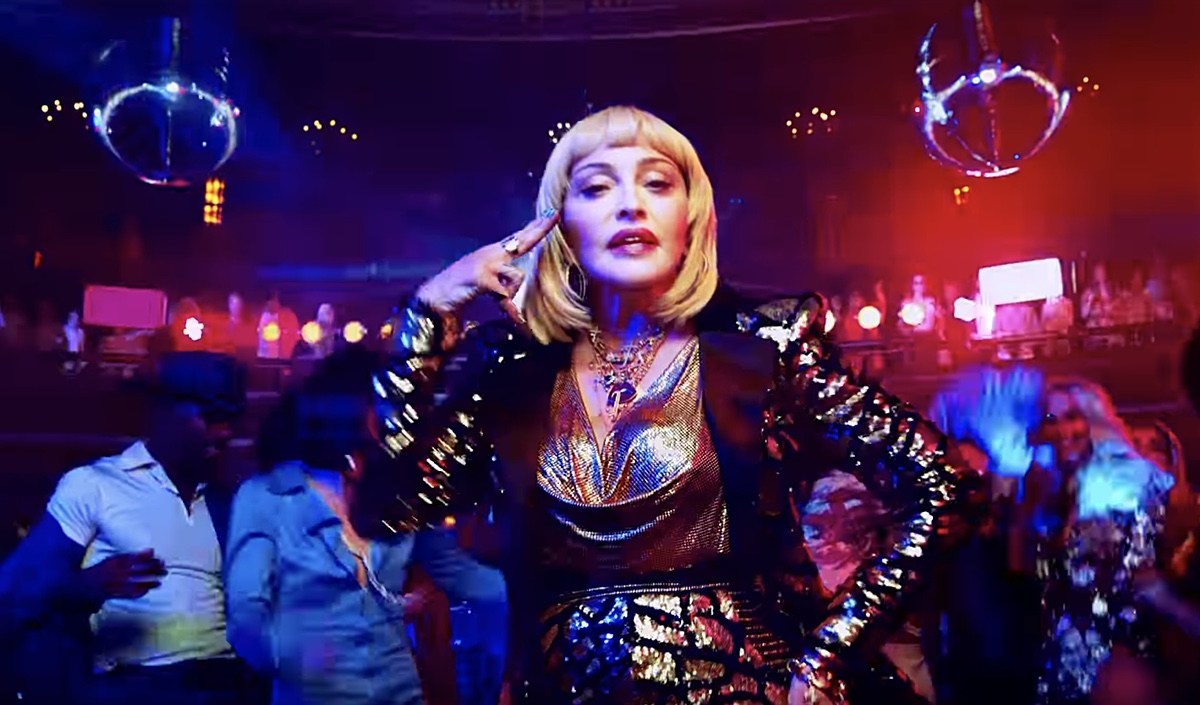 “I made this video because I want to draw attention to a crisis that needs to be addressed. To me, this is the biggest problem in America right now,” pop icon said.

Madonna took to social media to share the video, which includes a disclaimer: “The story you’re about to see is very disturbing. But it’s happening everywhere and it has to stop.”

***Warning, the video below contains some disturbing images***

She sent another tweet related to mass shootings which said:

“Seeing the reality, and the brutality of things makes you wake up,” the Grammy-winner told People. “This is really happening. This is what it looks like. Does it make you feel bad? Good, cause then maybe you will do something about it.”

“I send my children to school with the same fear every mother in this era has,” says Madonna of her six children. “As a mother, you feel protective and responsible for all of the children in the world. It’s really scary to me that the once-safe spaces where we gather, worship and learn are targets.  Nobody’s safe. So of course, as a mother, I acutely feel the worry.”

On June 13, 2019, Breitbart News reported Madonna saying the “lack of gun control in America” is a “huge problem.”

She told Reuters that the lack of gun control was “frightening” and pushed for more laws, but did not list the specific laws she wanted.

The video and the shootings in it are grisly. To that Madonna said: “I would say this is what happens when people shoot. Understand that this is what happens. Guns kill. A bullet rips through your body, knocks you to the floor and takes your life, and you bleed to death.”

“I mean, this is reality. People can watch it in action films, and they are okay with it, but when it is about the truth, the reality of what’s happening in our country, why is it too graphic?” she asked. “It’s a call to action. Whatever you can offer, whatever you can contribute can be helpful. It’s twofold: It’s raising awareness and raising money to galvanize, organize and get s— done.”

On November 20, 2018, Breitbart News reported Crime Prevention Research Center numbers showing that 97.8 percent of mass shootings from 1950 through May 2018 occurred in gun-free zones, regardless of type gun used. Madonna did not mention the danger posed by gun-free zones.

AWR Hawkins is an award-winning Second Amendment columnist for Breitbart News and the writer/curator of Down Range with AWR Hawkins, a weekly newsletter focused on all things Second Amendment, also for Breitbart News. He is the political analyst for Armed American Radio. Follow him on Twitter: @AWRHawkins. Reach him directly at awrhawkins@breitbart.com. Sign up to get Down Range at breitbart.com/downrange.