Woke-comedies are dying at the box office while the tried-and-true Adam Sandler breaks Netflix viewing records, and…

The utterly useless Hollywood Reporter is blaming this death of comedy at the box office on everything but what is actually causing the death of comedy.

A mere decade ago, comedies accounted for 25 percent of box office grosses; last year it was eight percent.

In 2009, comedies grossed $2.5 billion at the box office; last year that number plummeted to a measly $1 billion.

Other than Crazy Rich Asians last year, there has not been a legitimate comedy phenomenon since The Heat and 22 Jump Street five and six years ago, respectively.

Sure, Asians was a hit, no question, but describing it as a phenomenon is grading on a generous curve.

Meanwhile, as these critical dahlings, as all these woke-driven so-called comedies bomb — as Booksmart, Longshot, The Hustle, What Men Want, Poms, Late Night and a bunch of forgettable comedies I’ve already forgotten — crash and burn, Adam Sandler’s Murder Mystery broke a Netflix record with 31 million North American views during its premiere weekend. 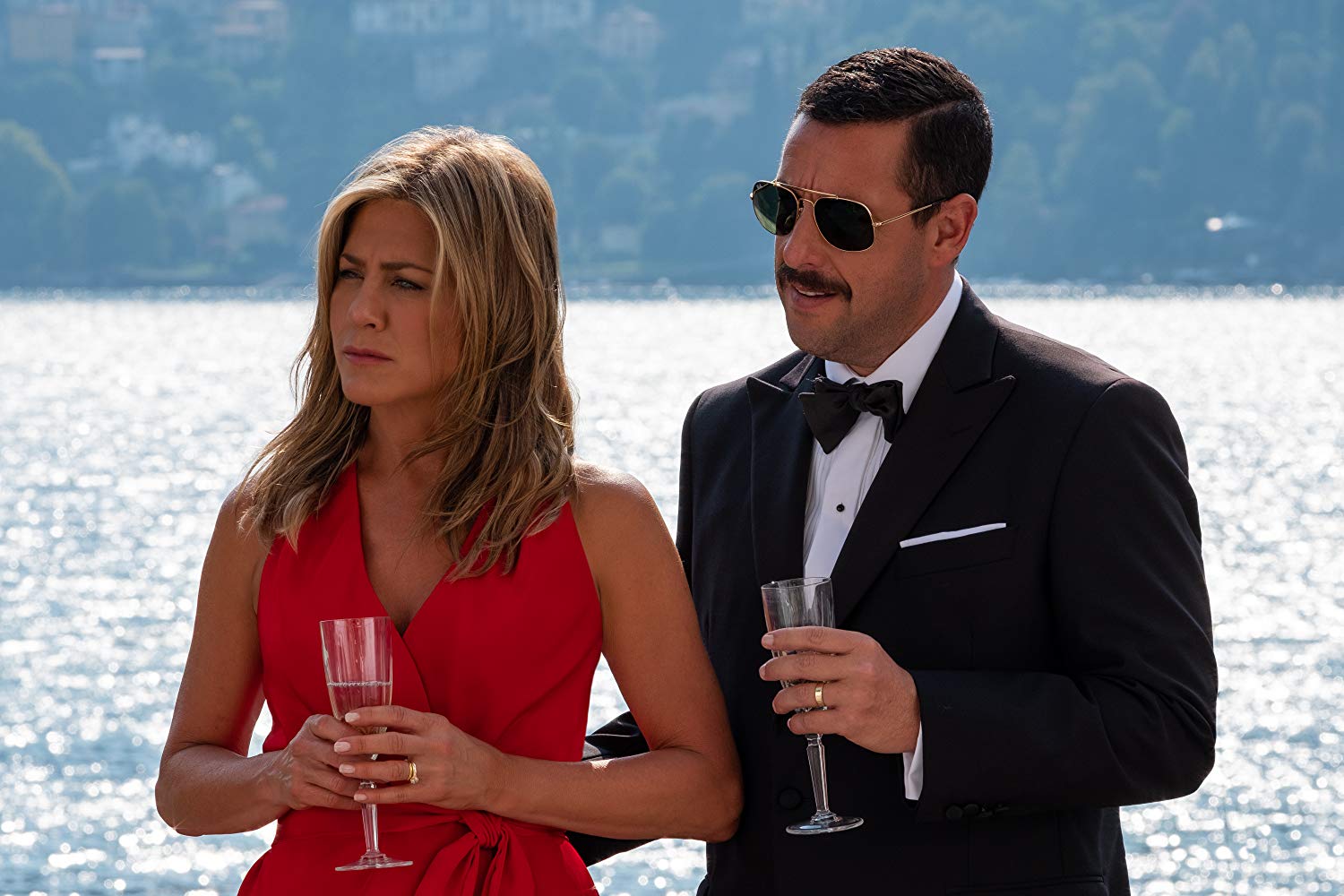 If you want to know how big of a deal that is, the previous weekend record was set by the Will Smith sci-fi action thriller Bright, which was streamed by only 11 million.

Thirty-one million accounts streamed Murder Mystery, which probably translates into some 75 million viewers, and if just ten percent of those people had paid to see Murder Mystery in the theater, you are talking about a 60 to $75 million opening.

Now, the propagandists at the Hollywood Reporter will look at the success of Murder Mystery and use it as evidence to bolster its claim Netflix is to blame for the box office collapse of the theatrical comedy, but that is fake news.

Tens of millions of Americans did not give up two hours of their summer weekend to tune into Murder Mystery … just because it was on Netflix… They tuned in because they like Adam Sandler, have enjoyed his work for decades, and appreciate that he is a star who has not squandered his goodwill with divisive politics and smug lectures disguised as “entertainment.”

America still likes Adam Sandler, still trusts him to deliver a good time and some real laughs, and if anyone thinks the above list of comedies that flopped would have attracted anywhere near 11 million views, much less 30 million, that is simply nuts.

Do you realize that if you account for inflation, the last comedy-comedy (not an action comedy or animation) to break into the Top 250 box office smashes was The Hangover Part II all the way back in 2011 — eight years ago!

The last non-sequel comedy was The Hangover ten years ago!

And those two Hangovers are outliers. Prior to them it was Meet the Fockers in 2004 — 15 years ago.

In 15 years, only three comedies can legitimately claim to be phenomenons.

The truth is this…

In movies, as is the case in all entertainment, content is king, content will always be king, and no one is interested in Seth Rogen’s views on Nazis and female presidents, in Mindy Kaling’s women-of-color lectures, in a feminist deconstruction of our beloved Dirty Rotten Scoundrels, in a remake of What Women Want that advertises as a gender-flip when it still trashes men, or in any of this other sanctimonious har-har-har crap.

People watch movies to escape, and they especially count on comedies to help them to escape through healthy laughter; and if there is a lesson they want to learn through this laughter, it is not a partisan one, but a heartfelt one — a universal one about family, friendship, or true love.

The fall of the comedy, which started a decade ago, began with Will Ferrell, Tina Fey, Sacha Baron Cohen, Judd Apatow, Seth Rogen, Paul Feig, Adam McKay, Melissa McCarthy… Not that they have not enjoyed success, they have, but the attitude they brought to the genre, a partisan one with an air of self-importance, a politically correct one that could only be shielded with body fluid gags for so long, was the beginning of the end.

And now we are at the end…

Hopefully, those with some actual comedic talent will stop believing the Hollywood Reporter’s delusional propaganda and take us back to the tried and true movie comedy that succeeded for nearly a hundred years — you know, movies that are actually funny, irreverent, sexy, heartfelt, and universally appealing.

To paraphrase a comedy masterpiece: Smug, angry, and partisan is no way to make people laugh, son.