BEVERLY HILLS, Calif. (AP) — The audience at Clive Davis’ white-hot gala included Barbra Streisand, Joni Mitchell and Kareem Abdul Jabbar, but it was House Speaker Nancy Pelosi who got the most requests to take a selfie.

Pelosi received rock star treatment Saturday night from attendees at the annual pre-Grammy event, which also featured a stunning tribute to the late Aretha Franklin, an artist Davis worked closely with for decades.

Pelosi’s sarcastic handclap and smirk to President Donald Trump at his State of the Union address went viral last week and launched hundreds of memes. So when Davis announced that she was in the audience — Pelosi has attended in the past — she received a standing ovation, while some people even imitated her now-famous handclap. 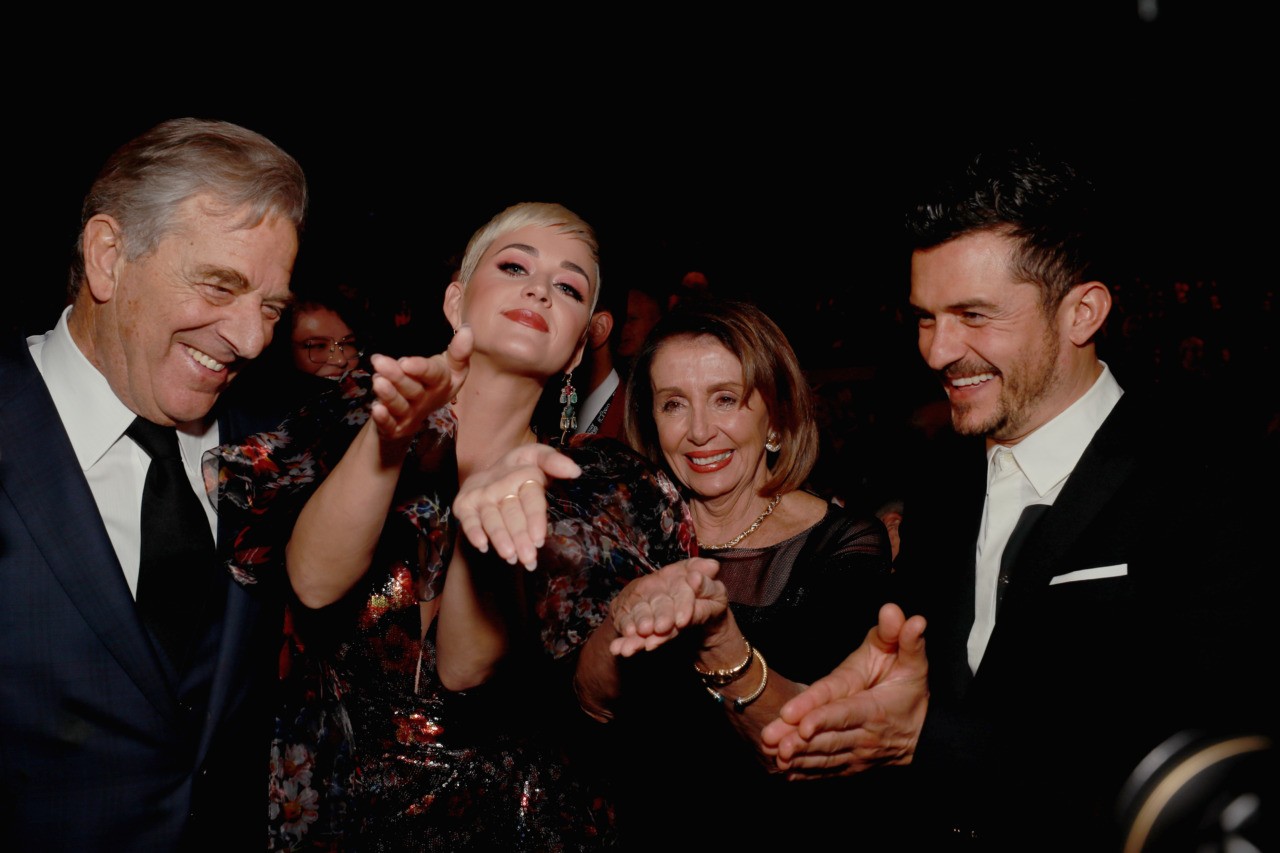 At the top of the event and as she tried to exit, people asked to take selfies, almost creating a line as Pelosi smiled through them all.

The night closed with a rousing tribute to Franklin, who died in August. R&B singer-songwriter Jazmine Sullivan stunned with her renditions of “Call Me” and “I Knew You Were Waiting,” then joined by Rob Thomas, who held his own onstage. Soul singer Ledisi, a powerhouse vocalist, also shined while sister duo Chloe x Halle, nominated for two Grammys, brought the house down when they performed “Sisters Are Doin’ It for Themselves.”

Rapper Travis Scott, nominated for three Grammys, kicked off the night with the hit “Goosebumps.” Before performing “Sickomode,” which reached No.1 on Billboard’s Hot 100 chart last year, he told the audience: “I only came to rage.”

“Don’t be scared to stand up now,” Scott’s DJ said.

The Time made a surprise appearance, bringing the audience to its feet with a fun performance. The group, along with Quincy Jones, honored Clarence Avant, the 87-year-old music executive known as the “godfather of black music.”

H.E.R., nominated for five Grammys including album of the year, continued to prove why she’s the artist to look out for, earning a standing ovation for her spectacular vocals and skilled guitar playing. Other performers included Brandi Carlile, Florida Georgia Line with Bebe Rexha, and Keala Settle, who sang “This Is Me” from “The Greatest Showman.”