“If you’ve read anything about the rise of the Third Reich and Adolf Hitler, you will see the parallels,” Fonda maintained. “Attacking the media is the first step in the move towards fascism.”

Fonda, given her wild misjudgment of the only American to systematically murder scores of his fellow countrymen in an actual concentration camp, strikes as the wrong messenger bearing the wrong message here.

Before Jane Fonda saw Donald Trump as Adolf Hitler, she saw Jim Jones as a hero. 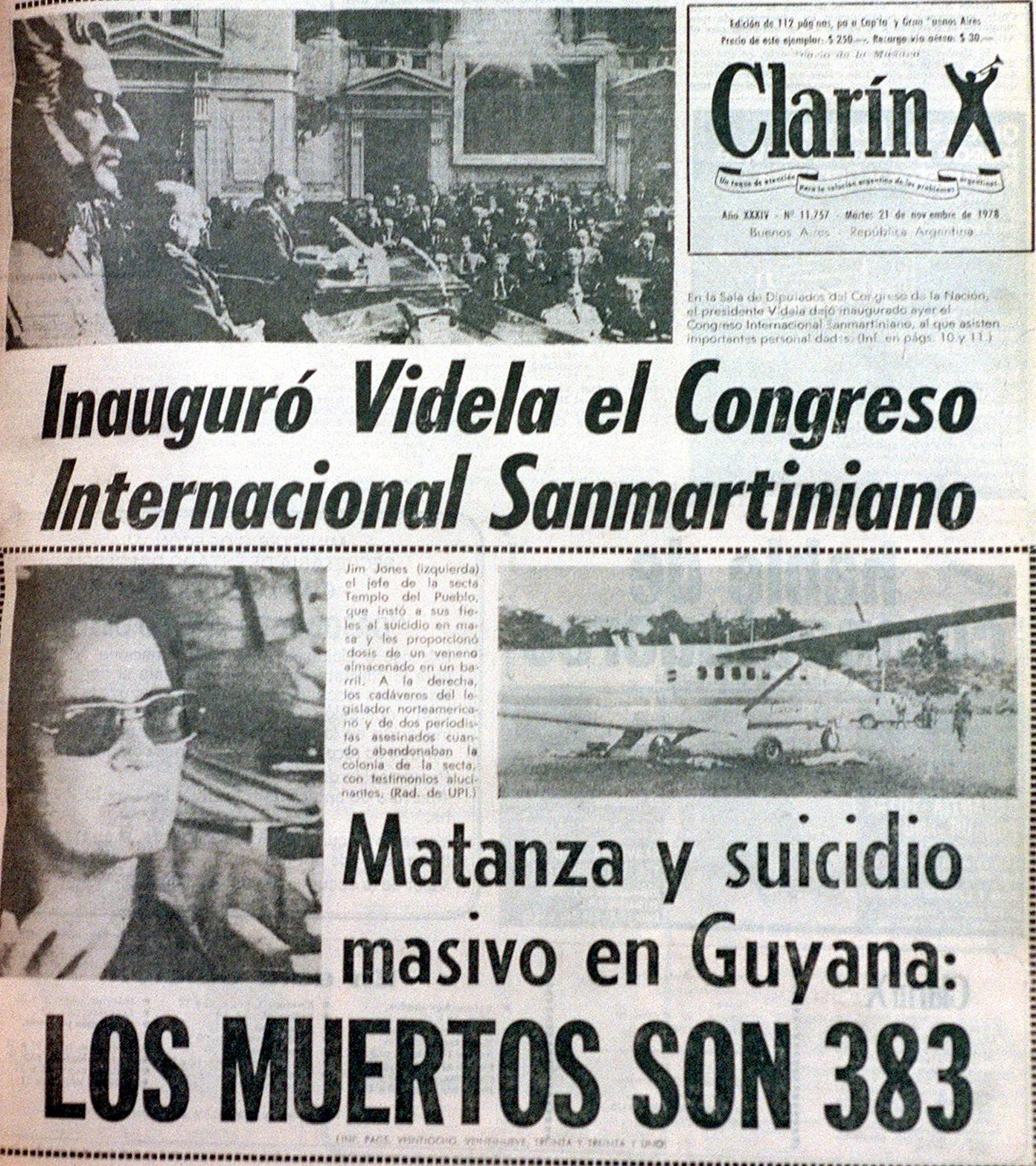 “We are familiar with the work of Reverend Jones and Peoples Temple,” Fonda, along with husband Tom Hayden, San Francisco supervisor Harvey Milk, reporter Paul Avery, California assemblyman Willie Brown, and other progressives, avowed in 1977, “and have no hesitancy in commending them for their example in setting a high standard of ethics and morality in the community and also for providing enormous material assistance to poor, minority and disadvantaged people in every area of human need.”

Fonda denied joining Peoples Temple. She did attend a Temple service. In researching Cult City: Jim Jones, Harvey Milk, and 10 Days That Shook San Francisco, Jane Fonda’s name came up repeatedly, albeit no less shockingly each time, as a devoted supporter of Jim Jones. And other researchers uncovered a particularly damning letter sent after her visit to Peoples Temple: “I also recommit myself to your congregation as an active full participant—not only for myself, but because I want my two children to have the experience.”

Jim Jones certainly thought of her as a member of his flock. At an anti-suicide event at Golden Gate Bridge in 1977, Jones cited Fonda as a reason for releasing him from the doldrums. The Peoples Temple leader noted, eerily in light of the mass suicide at Jonestown, that “at one time or other we have all felt the alienation and despair. I think the despair got to me yesterday. If it hadn’t been for an Academy Award winning actress joining our church … I think I would have been in a suicidal mood myself today for perhaps the first time in my life, so I have a particular and personal empathy for what we are doing here today.”

In Jonestown, Peoples Temple screened the Jane Fonda film Julia. “I was of course particularly interested,” Temple member Edith Roller reflected in her diary, “because of the connection of Fonda with the Temple.” The Temple viewed Fonda as so important that they assigned her a codename—Xavier—for use on shortwave transmissions between Guyana and the United States.

Like so many who paid tribute to Jim Jones, Fonda eventually did not see her well-wishes reciprocated. One Temple transcript shows Marceline Jones, wife of the leader, unable to reach Fonda by telephone. Did she sour on Jim Jones? Jones surely soured on her.

“She’s a sellout. That’s what pains,” Jones told his flock in Jonestown.

Claiming to read from media reports in the United States, Jones on another occasion fantastically informed his followers: “Jane Fonda will not have anything to do with her former liberal friends, having at one time in her highest moments, gave her body for some fifty thousand dollars to help the [Black] Panthers, she’s now playing it safe, and on a quest in her middle years to be popular and acceptable, and hopes to see her husband become president.”

He labeled Fonda, who launched a series of successful exercise videos and won an Oscar and an Emmy after her dalliance with Peoples Temple, “over the hill.” He lashed out at Tom Hayden as a “stupid, sick punk.”

Fonda’s interviewers over the years raise such indelicate subjects as her plastic surgeries and her trip to North Vietnam when the United States fought a war against the Communist nation. But her support for America’s most prolific mass murderer remains a subject too far down the memory hole to raise.