Pop star Kesha says she had an extraterrestrial experience in the desert that helped inspire her latest album, Rainbow.

In an interview with Billboard, the 30-year-old “Tick Tock” singer claimed to have seen half a dozen UFOs in the desert near Joshua Tree, and vowed she was “completely f*cking sober” at the time.

“I was in Joshua Tree, totally sober, let me preface — completely f*cking sober … I think people would be like, ‘She was on acid’ or something. I wasn’t. I was on nothing. I was a totally sober Sally, just a lady in the desert. I look up in the sky and there’s a bunch of spaceships.”

“I swear to God, there were like five to seven, and I don’t know why I didn’t like try to take a picture of it — I just looked at it,” she added. “I was sitting on a rock, and I was like, ‘What in the hell is that?’ I was trying to figure it out, and then they went away. And then they came back.”

ufos are real. i have seen them. not playing.

Kesha’s desert experience may have bled into her latest album, Rainbow, the cover of which features a perfect formation of red UFOs.

One track on the album is even titled, simply, “Spaceship.” 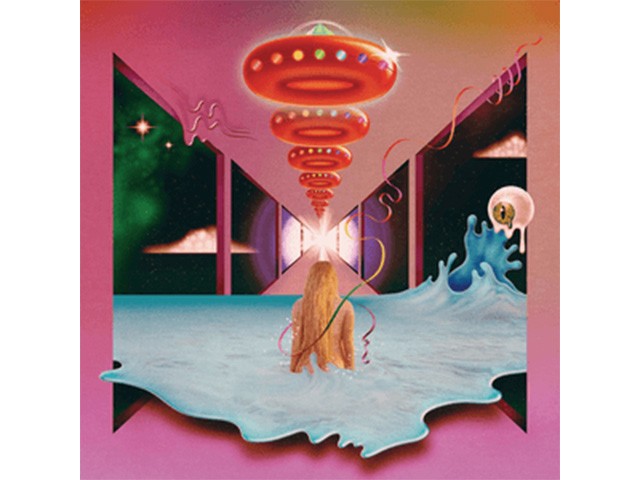 According to Page Six, the number of UFO sightings has dramatically increased in recent years. The National UFO Reporting Center reports that at least 300 UFO sightings have been called in per month since 2010.

During the 2016 presidential election, the pop star and UFO spotter supported Democratic candidate Hillary Clinton. In an interview with Glamour magazine prior to the election, Kesha made it clear that “love trumps hate – period” — though it was unclear from the interview whether she was “completely f*cking sober” when she said that.