Christie has kept his public appearances to a minimum since he exited the 2016 presidential race and endorsed GOP frontrunner Donald Trump in February. That was not the case in Brooklyn, where Christie’s dance moves were on display for all to see.

"Trapped: The Saga of Chris Christie and the George Washington Bridge" pic.twitter.com/gddbEZN0ju

Yes it's Chris Christie at @springsteen. God bless him. pic.twitter.com/0AX2uLueOb

In one snap, Christie appeared utterly mesmerized by the music.

Christie has never hidden his admiration for Springsteen and his music — even though that love has at times been one-way.

Despite liberal Springsteen having previously criticized him over his conservative political positions, Christie has maintained his fandom.

After Christie was accused of falling asleep at a Springsteen concert at Madison Square Garden in 2012, he denied the accusation, claiming he was instead in a “meditative state.” 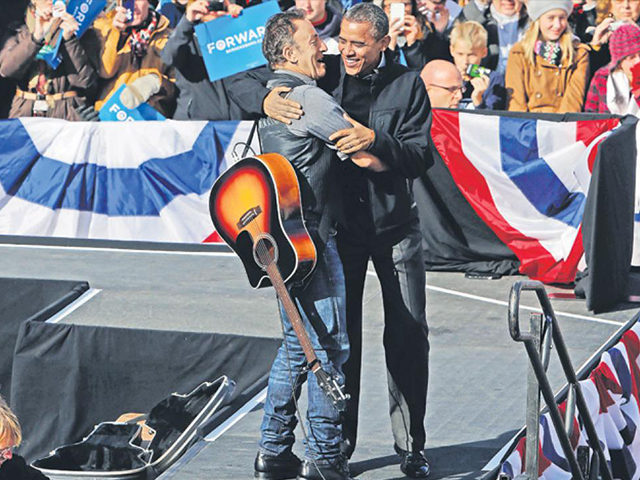 U.S. President Barack Obama is introduced by singer Bruce Springsteen before he speaks at an event in Madison, Wisconsin, on his last day of campaigning, November 5, 2012. (Reuters)