The Economic Community of West African States (ECOWAS), a regional economic bloc, suspended the membership of Guinea on Wednesday after a military coup deposed the country’s government on Sunday.

Speaking at a special virtual summit convened to discuss Guinea’s political crisis, ECOWAS leaders on Wednesday called for President Conde’s “immediate release.” The bloc also agreed to send a delegation to Guinea as soon as September 9 to assess its unfolding situation.

“At the end of that mission, ECOWAS should be able to re-examine its position,” Burkina Faso Foreign Minister Alpha Barry told reporters on September 8 after attending the virtual summit. 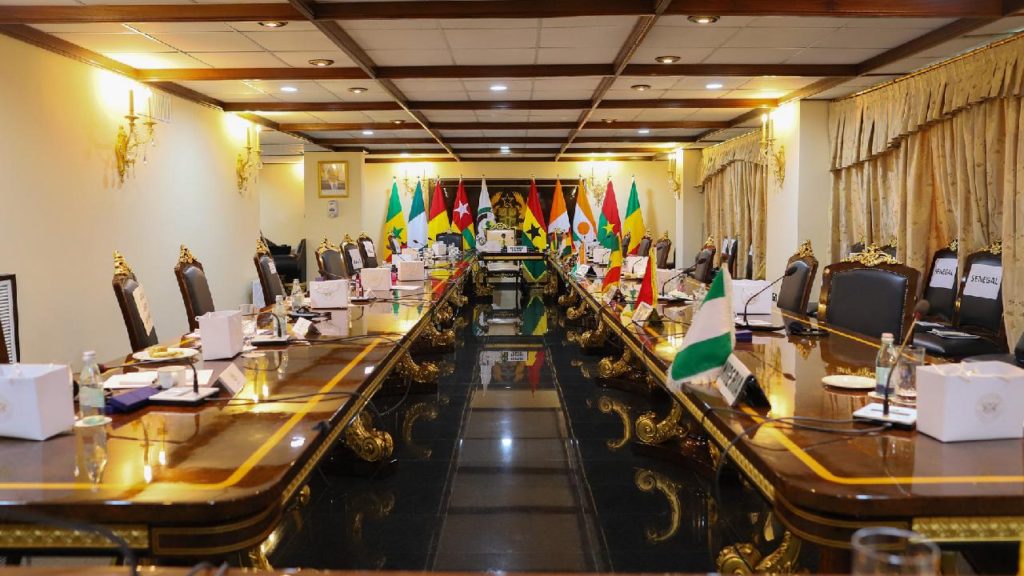 A general view of the Economic Community of West African States (ECOWAS) meeting room at the presidential lodge in Accra, Ghana on September 15, 2020, as part of several efforts to resolve the political crisis in Mali. (Photo by NIPAH DENNIS/AFP via Getty Images)

The news agency cited an unnamed “high-ranking regional official” in West Africa who allegedly said ECOWAS wanted the junta currently in charge of Guinea “to appoint a ‘credible’ civilian prime minister as soon as possible” to help steer the country “back towards constitutional order.”

The ECOWAS delegation to Guinea was originally slated to arrive in its national capital, Conakry, on September 9 but was delayed for unknown reasons until September 10, “two sources in Guinea’s junta” allegedly told Reuters.

ECOWAS has, until recent years, maintained a reputation for military intervention among member states during periods of political upheaval.

“Created in 1975, the Economic Community of West African States (ECOWAS) focuses mainly on resolving regional conflicts,” Agence France-Presse (AFP) reported in January 2017 shortly after the bloc intervened in the Gambia in an ultimately failed attempt to resolve a constitutional crisis caused by a disputed presidential election. 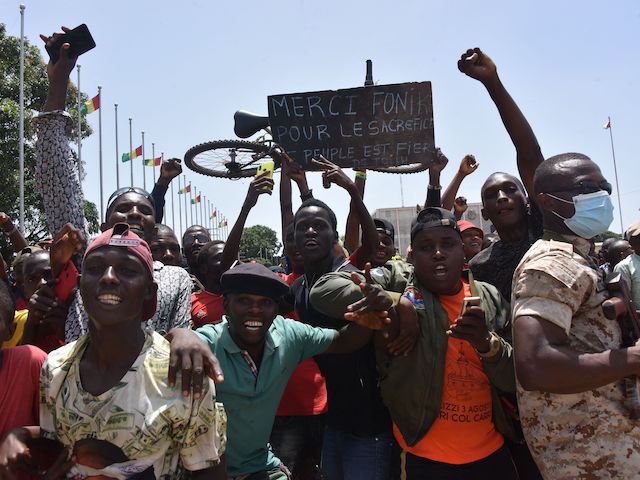 People celebrate as the Guinean Special Forces arrive at the Palace of the People in Conakry on September 6, 2021, ahead of a meeting with the Ministers of the Ex-President of Guinea, Alpha Conde. – Guinean special forces seized power in a coup on September 5, 2021, arresting the president Alpha Conde and imposing an indefinite curfew in the west African country. “We have decided, after having taken the president, to dissolve the constitution,” said a uniformed officer flanked by soldiers toting assault rifles in a video sent to AFP. (Photo by CELLOU BINANI/AFP via Getty Images)

“The organization is dominated politically and economically by regional powerhouse Nigeria,” the news agency noted.

“ECOWAS remained silent last year as [Guinean President Alpha] Conde and Ivory Coast President Alassane Ouattara sought third terms after changing constitutions that would have forced them to step down, moves denounced as illegal by their opponents,” Reuters noted on September 8.

Some observers claim ECOWAS has failed to act aggressively enough toward member states undergoing political turmoil in recent months, such as Mali, which underwent a military coup in August 2020. ECOWAS suspended Mali’s membership in May 2021 after it suffered a second coup but has stopped short of issuing economic sanctions against the country. The regional bloc has yet to issue economic sanctions against Guinea, though some believe such an action would have a negligible impact on the mineral-rich state.

“ECOWAS’s leverage with Guinea could be limited, in part because the country is not a member of the West African currency union and not landlocked like Mali,” Reuters opined on Thursday.