Bicycles are still the only major category of consumer products that show evidence of China tariff-led price hikes.

For the most part, U.S. consumers are not paying for the Trump administration’s tariffs with higher prices on goods.

The Consumer Price Index rose 0.4 percent in October after coming in flat in September, the Department of Labor said Wednesday. Compared with a year ago, prices rose just 1.8 percent. After taking out volatile food and energy prices, inflation ran at 0.2 percent for the month and 2.3 percent for the year, right in line with September’s figures and showing no signs of price acceleration.

As Breitbart has been reporting for over a year now, the prices of most items subject to the steel, aluminum, and China tariffs show no significant tariff pressure. But in May, the China tariff on bicycles rose from 10 percent to 25 percent. That is on top of the pre-existing bicycle tariff that has been in place since imposed by President John F. Kennedy, recently around 11 percent (down from Kennedy’s 25 percent). The price of bicycles and sports vehicles jumped 3 percent higher in September–perhaps indicating a lag effect–and another 0.5 percent in October. Bicycles now register as costing consumers 8.1 percent more than a year ago.

It is not totally clear that this has been caused by tariffs or which tariffs caused the price hike. Steel and aluminum tariffs may have contributed. The direct tariff on Chinese made bikes, which make up around half the imported bicycles in the U.S., is the most likely candidate.

Despite the lack of a widespread tariff effect, special interest groups and media outlets continue to insist that prices are rising. Just a few days before the September CPI data was released, Foreign Affairs magazine claimed that “the tariffs have hit U.S. consumers harder than their Chinese counterparts.”

The Federal Reserve’s monetary policy committee says it targets inflation at the rate of 2 percent. But the index the Fed uses, called the personal consumption expenditure index, runs about a half a point or so below the better-known consumer price index. Which means that inflation is likely running below the Fed’s target.

In other words, even with the tariffs the Trump administration has imposed, consumer prices are rising by less than the Fed thinks is consistent with price stability. It is theoretically possible prices would be rising at an even slower rate than they are if the tariffs were not in place. But that would only mean the Fed would have to work harder to push them back toward the target.

The data defy the dire predictions of experts who forecast consumers would foot the bill for tariffs.

Commerce Secretary Wilbur Ross, however, said all of these predictions of higher prices were wrong. To the contrary, Ross argued tariffs would have little to no effect on U.S. consumers. He held up cans of Campbell’s soup and Budweiser beer to illustrate his point that the metals input into most consumer prices was very low and prices were unlikely to rise.

When prices did not rise as predicted, the critics did not back off their claims. Many just moved the time frame, arguing that the forecast price increases were just taking time to move through the economy. But with each passing month, that an increasingly absurd position.

Car and truck prices are perhaps the most important consumer item that tariff opponents claimed would be pushed up by the metals tariffs. But these have hardly moved. Compared with a year ago, car prices are up just 0.2 percent. The price of new trucks is 0.1 percent higher than a year ago. Prices for both fell in September and in October, the third consecutive monthly decline for trucks and the second for cars.

Take the prices of soup and beer, Secretary Ross’s examples.  The price of soup fell 1 percent in September. For the year it is up just one-tenth of a percentage point. The price of beer consumed at home is up just 1.7 percent from a year ago.

Of course, not all soup is canned. Beer is also sold in bottles. The government doesn’t track canned beer and canned soup separately. So it is possible that canned variations have seen more price inflation, offset by price declines in bottled beer and soup in cardboard containers. But that’s largely irrelevant from the consumer perspective since shoppers can easily just switch to the cheaper category.

There’s very little upward pricing pressure on beer consumed in bars and restaurants, which is notable because the price of beer kegs reportedly rose due to the aluminum tariffs. Beer consumed outside of the home is unchanged from a year ago. In other words, you are not paying any more for beer in a bar or a restaurant or a sports stadium than you were last year.

Prices of canned fruits and vegetables, another category of consumer goods that was widely predicted to see prices rise because of increased aluminum costs, do not show signs of tariff-led inflation. The price of canned vegetables is up 5 percent from a year ago but the price of canned fruit is up just 0.7 percent. Canned veggies jumped a lot in September, for a 1.5 percent gain, likely because of sharp gains in the price of the vegetables themselves earlier in the year. And they ticked up another half a percentage point in September.  The price of fresh potatoes is up 8.9 percent for the year. Fresh lettuce is up 8 percent from a year ago. So the price hike in canned veggies looks like it is driven by what is in the car rather than the aluminum in the container.

Many of the categories of consumer goods that are largely manufactured abroad also saw steep declines, defying predictions that the China tariffs implemented last year would weigh on consumers.

Tools and hardware were often cited by those promoting the “tariffs are taxes on consumers” narrative. But prices on these are up just two percent compared with a year ago.

Outside of Breitbart News there has been very little reporting on the crash in the price of televisions. In October, television prices fell by another 1.5 percent. This is the fifteenth consecutive monthly decline for televisions, which means we’re now compounding last year’s declines with this year’s. Compared with a year ago, television prices are off 19.6 percent. That’s pretty stunning because last October, prices were down double digits from the prior year.

This steep decline may reflect foreign manufacturers competing with each other for market share by dumping televisions on the U.S. market. (There are no real domestic manufacturers for anti-dumping regulations to protect so it is unlikely the Commerce Department will take any action here. But that could be a policy error: if anyone were tempted to manufacture televisions in the U.S., they’d certainly be discouraged from doing so watching the price collapse so rapidly.)

The price of computers, digital homes assistants, and phones were predicted to see upward pressure from tariffs on China. While these are not yet subject to direct tariffs yet, some of their components are. But computers and related hardware prices are down 4 percent compared with last year, dropping 0.9 percent in September and then 2.4 percent in October.

Phone prices fell again, for at least the fourteenth consecutive month and are now down 14.2 percent compared with a year ago. In October alone, prices fell 2.9 percent. We’re now compounding annual price declines in phones also. (Note that mobile phones were excluded from the first two rounds of China tariffs but will be included in the round expected to be applied in December.)

We’re now over a year into the anti-dumping tariffs imposed in January of last year on washing machines. These were intended to drive up the price from artificially depressed levels and accomplished that goal last year. Those washing machine price gains, however, have faded. Laundry equipment prices fell 4.2 percent in August, fell another half a percentage point in September, and bounced back 1.4 percent in October. They are now down 6.2 percent compared with a year ago, when prices were reflecting that initial boost. This shows the market adjusting to the initial tariff shock by expanding domestic production or lowering prices on foreign production.

The tariffs on Chinese-made goods also do not seem to have had much of an effect on consumer prices.

The prices of furniture and bedding, one of the largest categories of China-made imports, and are up 2.1 percent annually. Toys, another big China import category, are down 6 percent compared with a year ago. Keep that in mind when you see the inevitable stories that claim tariffs are ruining holiday shopping. 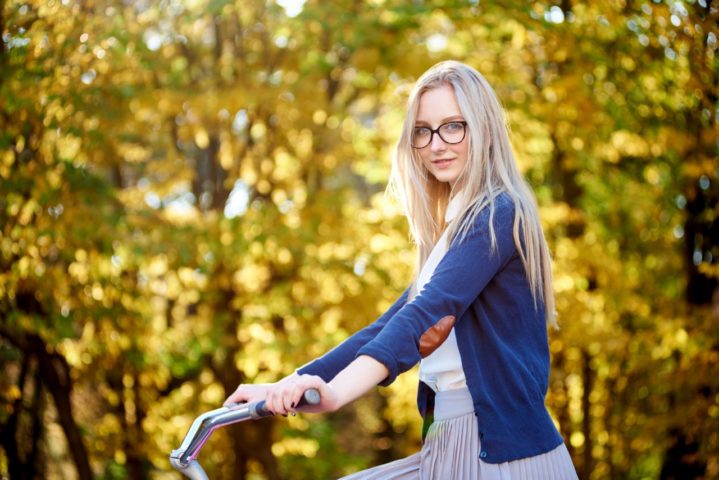 Once again, the consumer price data has largely demolished the notion that tariffs are squeezing consumers. Phones, computers, and especially televisions have plummeted in price. Cars and trucks show no tariff pressure at all. Baseball mitts and other sports equipment are cheaper. Appliance prices are now below their year-ago levels. Toys are much cheaper. Major appliances have even fallen in price.

Tariffs had driven the price of washing machines higher, as intended. But those prices have come down. Bicycle prices alone appear to be indicating any significant tariff pressure.

That does not mean that prices will remain low or tariffs will never push prices up. But it demonstrates that even after over a year of tariffs, prices on consumers are not rising.

The low prices may indicate that the burdens of tariffs are falling on foreign producers and on intermediate goods producers. This can happen when export prices fall in reaction to tariffs, either because manufacturers seek to maintain market share by discounting their goods or because foreign currencies decline against the dollar.

The data is increasingly embarrassing for the Federal Reserve economists who claimed in two flawed studies that consumers were paying higher prices for goods subject to tariffs on steel, aluminum, or Chinese imports.