Larry Summers is now worried that the United States might start exporting natural gas to China.

The former Treasury Secretary has attacked a trade deal reached earlier this month between the United States and China as something “a serious administration committed to helping American workers would likely not have accepted and surely would not have hyped.”

That’s a powerful accusation to level against an administration elected on an America First platform. Fortunately, there’s little evidence to back up the allegation.

The most substantive objection Summers raises has to do with the part of the deal which will allow U.S. to export liquified natural gas to China.

“To at least a small extent that would mean higher heating costs for American consumers and higher energy costs for U.S. producers,” Summers warns.

This objection might make a bit of sense if energy costs were presenting a serious problem for American consumers and producers. But energy costs are at historic lows. Natural gas prices have come off their recent lows but are still far below their average for this century. Higher heating costs are not a big concern right now. 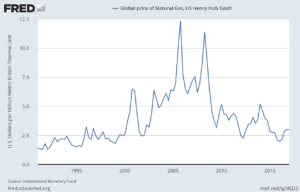 Summers objection is likely wrong even about the effect on prices. It assumes that the U.S. is currently producing the maximum amount of natural gas possible so that any additional demand for China would push prices up. But this assumption is factually wrong. In fact, natural gas production is far from its peak in the U.S. Which means that added demand from China is not likely to drive up prices so much as drive up production.

It is also notable that this is an objection that could apply to any export by U.S. producers. When foreign consumers buy products made in America, they drive up the price of those goods for Americans–all other things being equal. Of course, all other things are not equal since demand for exports results in increased production of goods.

Summers is apparently suffering from Trump Derangement Syndrome, the psychological compulsion to find fault with Trump policies that would otherwise be unobjectionable. And now its grip on the former Treasury Secretary is so strong he is arguing against exports to China.