“The hold-ups came one day after five victims were targeted in the same area on Wednesday evening. Dozens of victims have been robbed in Lakeview, and nearby Lincoln Park as recurring sprees have popped up in the area since early November,” the outlet reported.

Witnesses said Thursday’s incidents involved several offenders who were in a light-colored Dodge Charger featuring a pinstripe going from its trunk to hood.

At approximately 5:10 p.m., a suspect grabbed a 25-year-old woman and threw her on the ground while she was walking her dog in the 3900 block of North Southport, CPD Officer Steve Rusanov and a witness said.

The individual reportedly took the woman’s valuables and fled in the vehicle. 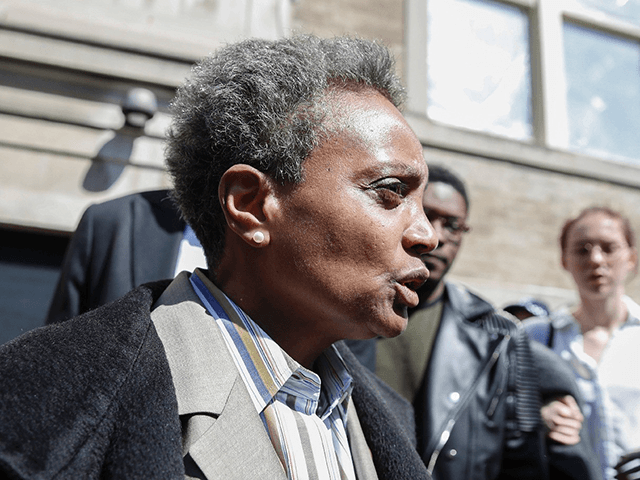 Then, a 68-year-old woman was attacked from behind and thrown to the ground by a man who tried to take her purse on the 1300 block of West School around 5:23 p.m., Rusanov said. The offender punched the woman in her face and then ran away with her bag. Finally, around 5:35 p.m., two men tried to rob a 23-year-old woman of her phone on the 1300 block of West Grace, Rusanov said.

The victims did not require medical attention, Rusanov noted.

“The offenders were described as two slender Black men in their late teens or early 20’s who wore masks and hoodies,” the article said.

Meanwhile, a CPD unit saw the suspects’ vehicle on Ashland Avenue near Diversey Parkway not long after the third incident occurred but did not engage it in pursuit.

Last week, a group of “organized burglars” engaged in flash raids at multiple Chicago stores before shoppers went out for Black Friday sales, according to Breitbart News.

“Between 1:30 a.m. and 3 a.m. a group of men traveling in a 3-car convoy broke into and burglarized four stores in Chicago’s Wicker Park area,” and a fifth store’s front entrance was damaged, but it was unclear if the establishment was rifled through.

In addition, almost 40 people were shot by Sunday in Mayor Lori Lightfoot’s (D) Chicago over the Thanksgiving weekend.

“Less than 15 minutes after the last robbery was reported Thursday evening, Area Three detectives issued a community alert that linked Wednesday’s muggings in Lakeview to other cases reported in the neighborhood last month,” the CWBChicago report concluded.