A 19-year-old California man pleaded guilty to murdering a 16-year-old girl and her parents after the girl’s stepfather found him in bed with her, prosecutors say.

Mauricio Johnson pleaded guilty to three first-degree murder charges on October 26 for the deaths of the 16-year old girl, referred to as “Jane Doe” by the Humboldt County District Attorney’s Office, her mother Margaret Moon, 40, and her stepfather Nikki Metcalf, 40.

Fox News and the Daily Mail report the 16-year-old victim is named Shelley Autumn May Moon.

In an October 26 press release, the Humboldt County District Attorney’s Office said the triple murders took place on February 9 at the Bear River Band of the Rohnerville Rancheria Reservation, California.

“On the night of February 9th, the defendant entered the home of the Nikki Metcalf, Margarett Moon, and Jane Doe with the permission of several of the minors in the home,” the District Attorney’s Office stated. “Sometime during the night, after most of the occupants were asleep, Nikki discovered the defendant and Jane Doe together in Jane Doe’s bedroom and began to struggle with the defendant.”

A search warrant affidavit cited by Law and Crime states, “the male subject [Johnson] was on top of [Shelly]. Nikki Metcalf hit the male. [Johnson] exited the room and walked into the living room pulling up his pants.”

“When confronted by Nikki, the defendant pulled a firearm out of his backpack and shot Nikki,” the district attorney’s office said. “The defendant then shot Margarett and Jane Doe. Nikki and Jane Doe died at the scene, and Margarett died shortly after.”

According to the warrant affidavit cited by Law and Crime, a witness who had spoken with Johnson after the murders informed authorities that, “when the girl’s stepdad walked in, the stepfather started ‘getting tough’ with Mauricio Johnson so Mauricio Johnson pulled out his gun and shot him.”

The Daily Mail reports Johnson went home and fled the state with his mother Melissa Sanchez Johnson and her boyfriend at the time, Von Keener. On February 11, they were located by Utah Highway Patrol officers, and their tires were spiked as the vehicle refused to pull over, according to the outlet. Johnson and Keener were both arrested, as there was an unrelated warrant for Keener’s arrest in Humboldt County. 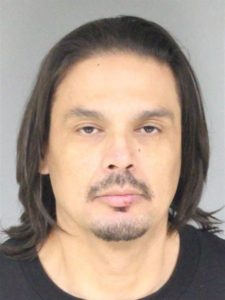 The district attorney’s office says prosecutors accepted an offer made by Johnson’s attorney, Andrea Sullivan, of 150 years to life in prison. The deal will grant Johnson a parole hearing after 25 years of time served. The office stated that if the case went to trial and Johnson was found guilty, then a judge may have sentenced the defendant to life without parole.

In agreeing to the plea, the Humboldt County District Attorney’s Office considered several factors, including: 1) the plea satisfies the public safety mission of the Office, 2) a trial would require testimony from young people who have suffered a tragedy, 3) the wishes of family members of the victims, 4) the retention of hope for the positive transformation of a person 18 years of age at the time of their crime, and 5) likely changes to California law.

To clarify two points: Attorneys and victim advocates from the District Attorney’s Office spoke with many members of the victims’ families, friends, and additional members of the community.  Understandably, given the terrible harm done by the defendant, the people most affected by the murders expressed differing views on whether to accept the plea or proceed to trial.

On the point about California law, youthful offenders all currently receive a parole hearing in their 25th year of incarceration, unless they are serving life without the possibility of parole.  California legislators are seeking to modify the parole eligibility of youthful offenders, so that all would be entitled to a parole hearing regardless of their original sentence.  The defendant’s agreed upon sentence would be the maximum sentence he could receive if the law under consideration takes effect.

Johnson will be sentenced for the three murders on January 21, according to Fox News.