A Texas man on trial for alleged sex crimes against three children was reportedly assaulted upon his return to jail after the trial’s recess last week, according to KFDX.

“Michael Corey is on trial by jury for 45 charges, including sexual assault, continuous sex abuse and inducing sexual performance by a child,” the outlet said Friday. 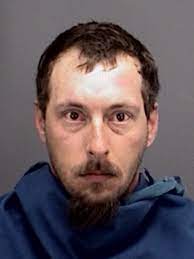 Wichita County Sheriff David Duke said the assault happened shortly after news coverage of the trial aired and just after Corey was taken back to his cell block, which houses major felony inmates. From the video that was reviewed, it appeared three other inmates were involved and that Corey was struck more than 15 times.

Duke said five detention officers responded in under a minute and stopped the assault. Court officials reported seeing Corey with a bruise and black eye when he was in 30th District Court the next day.

The incident is being investigated and charges were pending for the three inmates.

More than two years after being arrested on several sex crimes against children, Corey’s trial was underway in the 30th District Court, KFDX reported Wednesday.

Corey is currently on 10 years probation for the physical abuse of the three children, the outlet said:

The three siblings, two girls and a boy, said they would do everything Corey told them to because, if they didn’t, their beatings would be more severe. A counselor said one girl said abuse could occur two or three times a week over a three year period, and all three children exhibited symptoms of post-traumatic stress syndrome. The girl said she was physically and sexually assaulted more than 20 times, and she said that she witnessed her brother being sexually abused a number of times.

Meanwhile, the boy told the counselor he experienced difficulty hearing due to Corey reportedly hitting his head, adding he was physically abused numerous times.

However, he did not wish to speak about being sexually abused.

The trial recessed Thursday and is scheduled to resume on Monday, according to KFDX’s Friday report.