“Looting will NOT be tolerated and encourage everyone to be good neighbors and say something when you see something,” the department announced in a Facebook post on Monday:

In a video, NOPD Superintendent Shaun Ferguson urged residents to stay at home after nightfall and said there was “absolutely no reason” for anyone to be on the streets after dark:

A message from the Superintendent regarding staying in place during night hours and anti-looting efforts.

He said officials had also implemented the anti-looting plan to “discourage those who wish to commit any looting crimes but also identify, locate, and arrest those who commit looting crimes.”

Reporter Beau Zimmer shared photos of what appeared to be a looted Dollar General store in New Orleans East, writing, “NOPD just arrived and took at least one person into custody. The store is trashed”:

During a press conference Monday, Ferguson confirmed officials had received “numerous calls of looting, and as such, we’ve made several arrests,” he continued:

“I said this yesterday, I will say it today and I will say it tomorrow, this will not be tolerated. We have made those arrests. This is a state felony and we will be booking you accordingly. This is not the time to take opportunities of our vulnerable population right now, which we all are vulnerable at this point in time.” 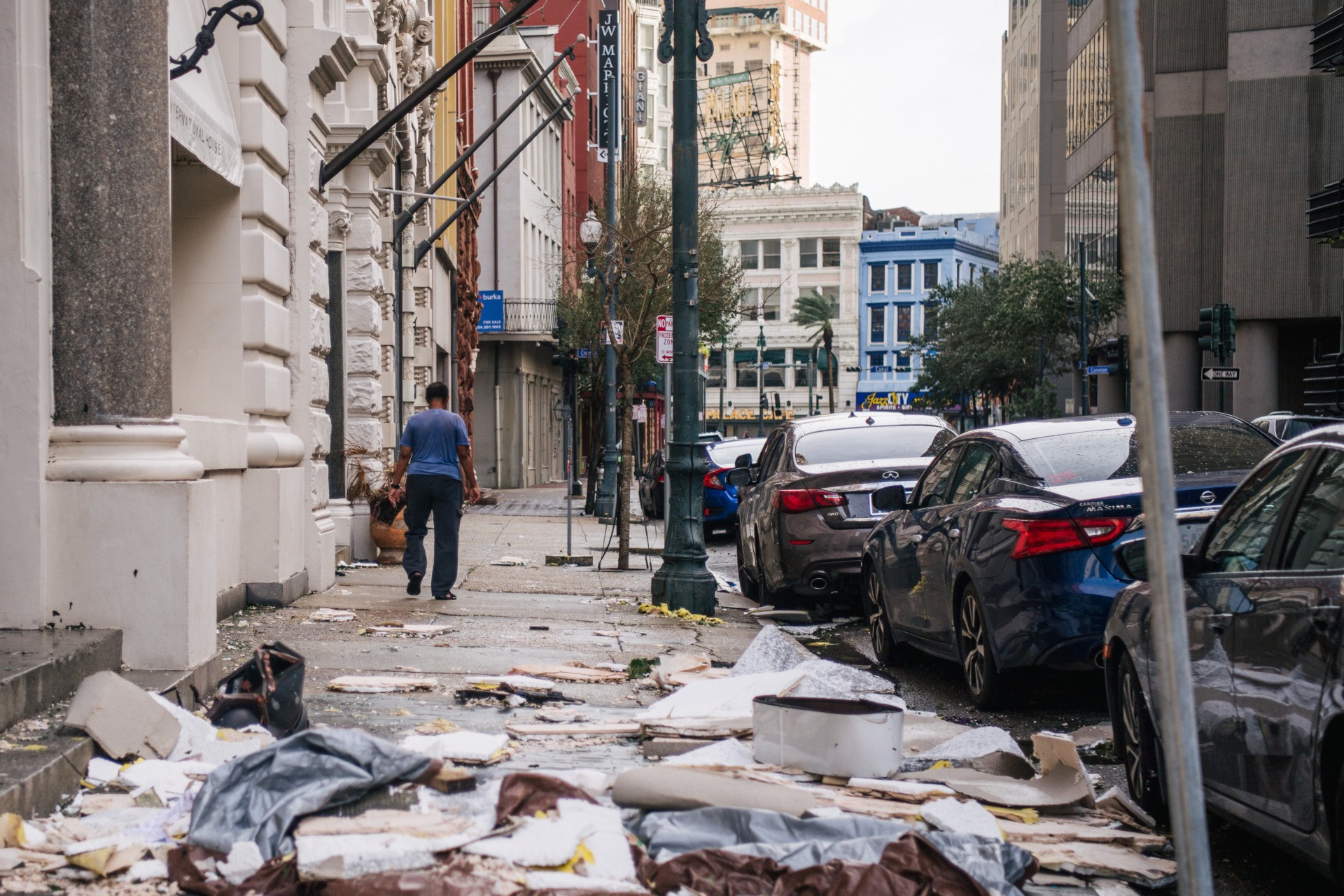 NEW ORLEANS, LOUISIANA – AUGUST 30: A person walks past debris on the sidewalk after Hurricane Ida passed through on August 30, 2021 in New Orleans, Louisiana. Ida made landfall as a Category 4 hurricane yesterday in Louisiana and brought flooding and wind damage along the Gulf Coast (Photo by Brandon Bell/Getty Images)

“9-1-1 connections are very scarce and very hard to come by,” Tregre explained during a press conference with Gov. John Bel Edwards.

“Most of the residents can’t call us which means they’re probably going to take matters into their own hands. You may be the one needing 911. That‘s what I’m trying to say in the most polite terms I can say,” he continued.

“When it gets dark, do not be on the streets of St. John Parish,” he noted. “There is nothing out here for you to do. My jail is empty, you’re going to be in there by yourself. We’re not having it.”