An internal investigation conducted by the Capitol Police has cleared the unnamed officer who shot Ashli Babbitt during the Capitol Hill riot on January 6.

In a press release on Monday, the USCP said that the unnamed officer acted lawfully and according to their training when he shot and killed the unarmed Babbitt on January 6:

USCP’s Office of Professional Responsibility (OPR) determined the officer’s conduct was lawful and within Department policy, which says an officer may use deadly force only when the officer reasonably believes that action is in the defense of human life, including the officer’s own life, or in the defense of any person in immediate danger of serious physical injury. 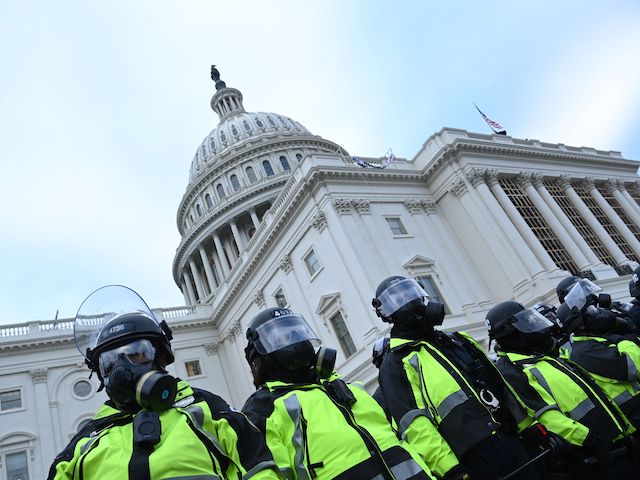 Police stand as supporters of US President Donald Trump protest outside the US Capitol on January 6, 2021, in Washington, DC. – Demonstrators breeched security and entered the Capitol as Congress debated the a 2020 presidential election Electoral Vote Certification. (Photo by Brendan SMIALOWSKI / AFP) (Photo by BRENDAN SMIALOWSKI/AFP via Getty Images)

The release added that the officer’s name will remain anonymous for safety reasons and that he will not “be facing internal discipline.” The USCP further commended the officer for potentially saving members of the U.S. Congress and their staff members from serious bodily harm:

The actions of the officer in this case potentially saved Members and staff from serious injury and possible death from a large crowd of rioters who forced their way into the U.S. Capitol and to the House Chamber where Members and staff were steps away. USCP Officers had barricaded the Speaker’s Lobby with furniture before a rioter shattered the glass door. If the doors were breached, the rioters would have immediate access to the House Chambers. The officer’s actions were consistent with the officer’s training and USCP policies and procedures.

The unarmed Ashli Babbitt was a 35-year-old Air Force veteran from San Diego who was shot and killed on Capitol Hill when she attempted to climb through a barricade “into the Speaker’s Lobby outside the House chamber,” according to the Associated Press. 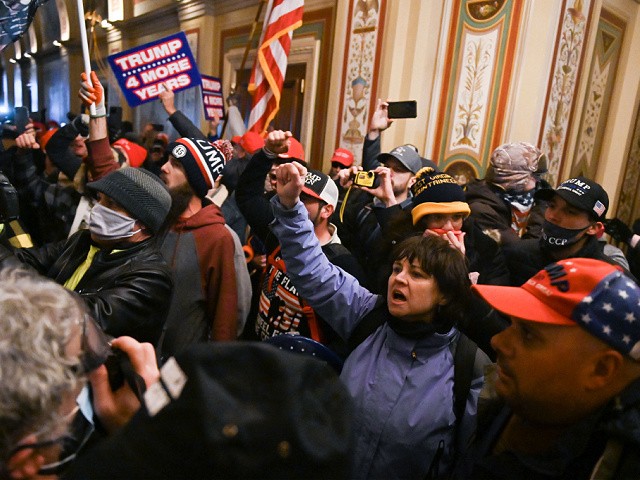 Recently, President Trump reportedly spoke with Ashli Babbitt’s mother and expressed sympathy over what happened. “If that happened to the ‘other side,’ there would be riots all over America and yet, there are far more people represented by Ashli, who truly loved America, than there are on the other side. The Radical Left haters cannot be allowed to get away with this. There must be justice!” Trump reportedly said.