JUST IN: The LA County District Attorney's Office has charged Compton City Councilman Isaac Galvan and 5 others with election fraud, after he barely won reelection by one vote. https://t.co/KRYPlioBCd pic.twitter.com/Vnoleuqd20

Each of them were allegedly registered to vote at Dawson’s address located in Compton although they did not live at the address.

“All four are charged with voting illegally in the election,” the outlet said, adding Galvan recently won a close election over his opponent Andre Spicer, 855 to 854.

Galvan was also accused of trying to bribe a registrar worker while she counted ballots on election night, the district attorney’s office noted.

“Elections are the cornerstone of our democratic nation. We must do everything in our power to protect the integrity of the electorate process and to ensure that elections are free and fair,” Gascón said in a statement. “The people of Los Angeles County expect and deserve a government that is free of political corruption at every level.”

According to his profile on the City of Compton website, Galvan was “young, energetic, and dedicated to making government work for working families.”

“The lack of resources and effective leadership in his community was apparent to Councilman Galvan at an early age. Raised by a single mother, Isaac saw how easily young people could be caught up in a life on the streets and how few options they had.”

According to the CBS report, both Galvan and Dawson pleaded not guilty regarding the charges and were scheduled to appear in court on September 17. 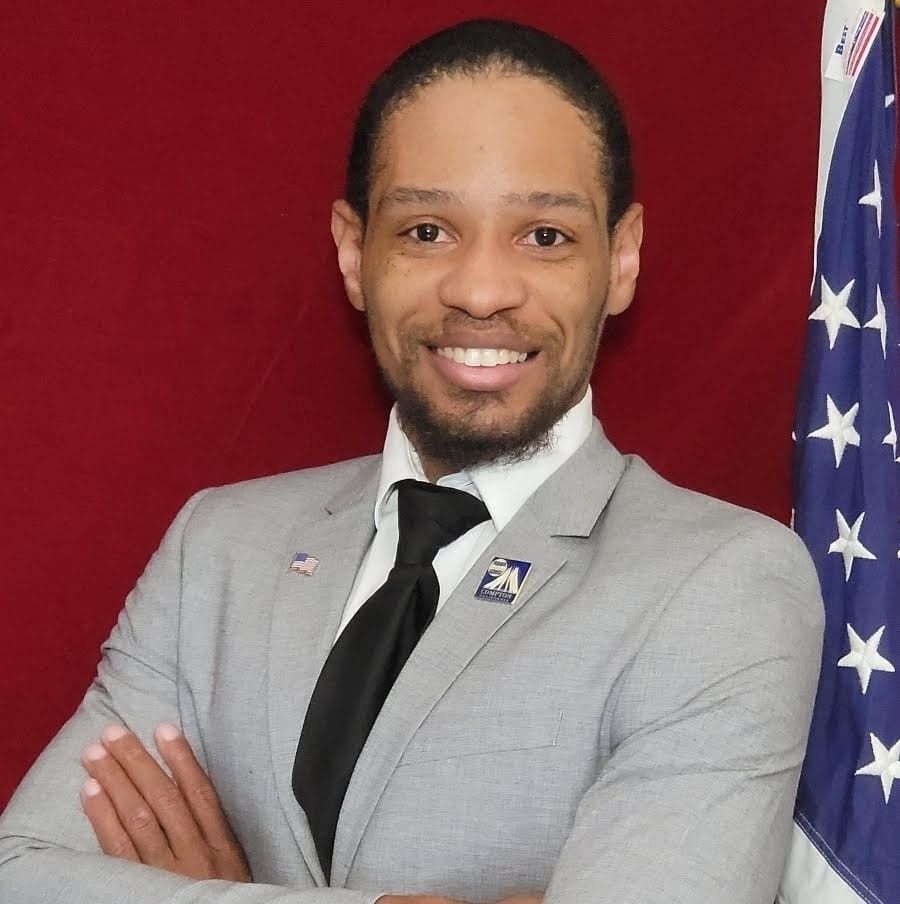 The four remaining defendants will be arraigned at a later time, the District Attorney’s Office said.