Suspected drunk driver Jessica Beauvais, who allegedly struck and killed a New York City police officer, went on a rant in her podcast hours before the crash and said, “F*** the police.”

Beauvais, 32, uploaded an hour and fifty-one-minute livestream to Facebook under the name Phoenix Michel, which started out blaring the N.W.A. song “F*** Tha Police.”

Beauvais also went on a rant about Derek Chauvin, police brutality against black people, and how she encouraged others to fight the police. 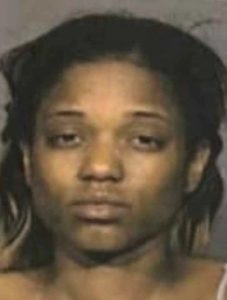 “We can fight the police too. If you’re going to shoot me, get it over with. What I’m saying, you’re not going to try me while I’m still breathing,” she said.

“Like N.W.A say about the police — if you’re going to kill me, at least I get to take someone with me. I’m one of those people. If I’m going to go, someone is coming,” she continued.

Beauvais closed her livestream saying she would return next week and added, “Until then, f*** the police.”

Early Tuesday morning, Beauvais was arrested and is slated to be arraigned on counts of vehicular manslaughter, reckless endangerment, DWI, and other charges for allegedly being behind the wheel of a car that struck and killed an NYPD officer.

The slain officer was identified as Anastasios Tsakos, 43, who was a 14-year veteran of the NYPD, WABC reported.