LAREDO, Texas — Law enforcement from the Border Patrol, Webb County Attorney’s Office of Investigations, and a county constable raced into the Rio Grande to stop a fugitive from escaping to Mexico. On Tuesday, the officers rushed into the murky water to apprehend Jose Francisco Paz-Ruiz, a known member of the Cartel Del Noreste faction of Los Zetas, according to police.

Paz began driving toward the Rio Grande as law enforcement closed in on him. As they attempted to stop his vehicle, Paz pulled over, exited, and immediately ran into the river, several hundred feet from the Mexican bank. 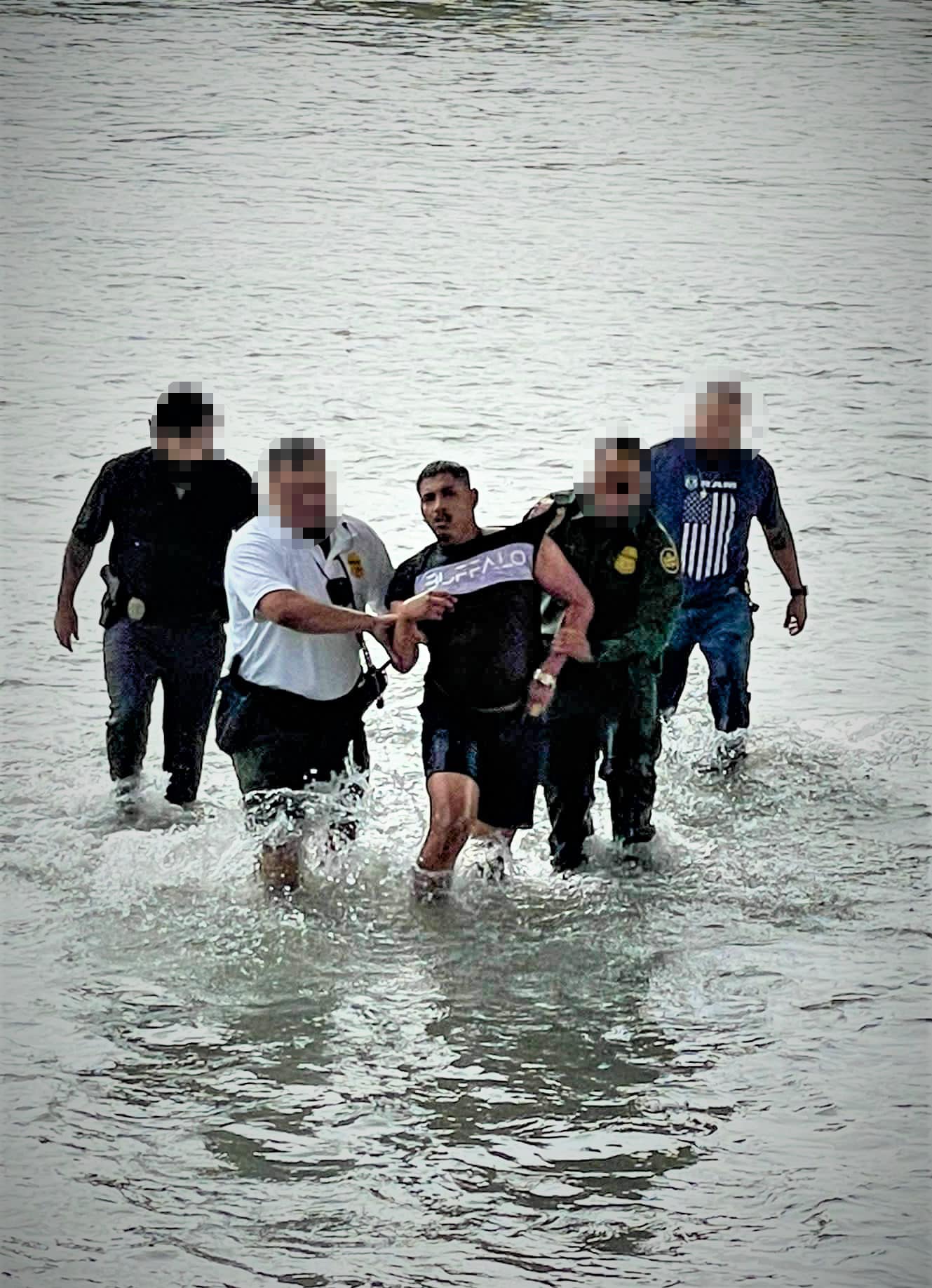 Authorities pursued Paz on foot. They were able to grab Paz before he reached the midpoint, which marks Mexican jurisdiction.

Paz is well known to local authorities. In February 2018, according to a news report, Paz was arrested for allegedly leaving the scene of a vehicle collision. Paz also left the scene of a accident he was involved in on December 23, 2017, injuring a cab driver.

During the 2017 case, Paz’s wife told authorities she accompanied him to smuggle migrants. Paz, at the time of the accident, was fleeing from the Border Patrol.

Paz was turned over to County Constable Precinct #2 and booked into the Webb County Jail.